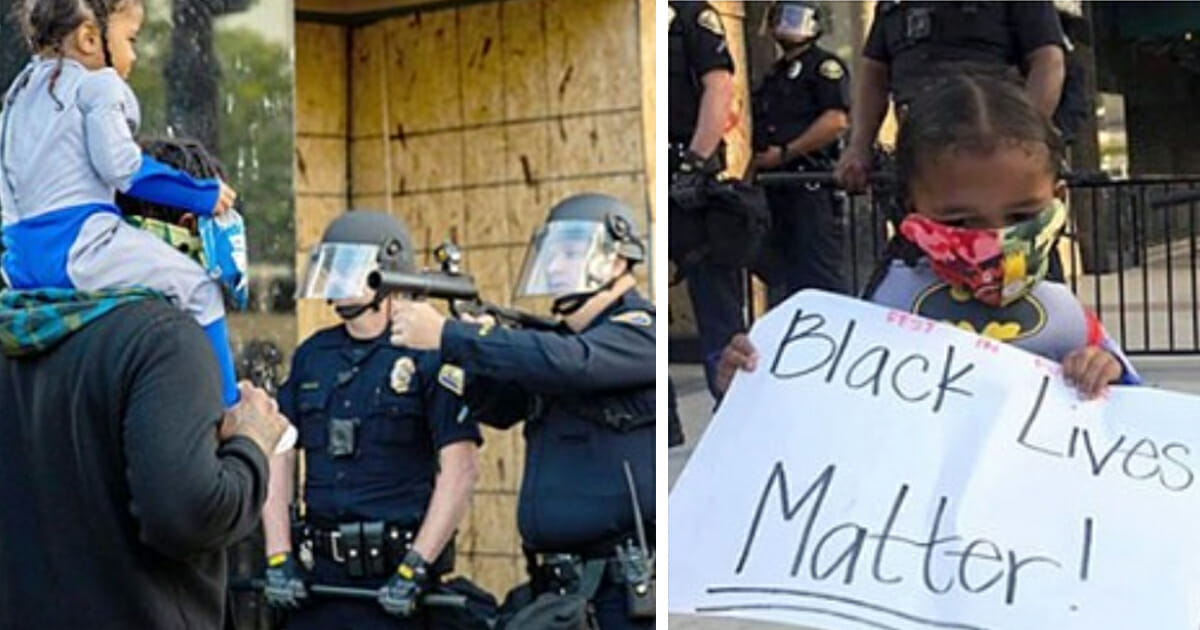 A protestor who took to the streets to demonstrate over the death of George Floyd says a police officer threatened to spray tear gas at his two-year-old son.

As per reports, Dontae Parks, 29, was carrying his young son on his shoulders during the demonstration in Long Beach, California on Sunday.

He told The Sun newspaper that a police officer threatened to spray tear gas at the little boy.

“I was shocked, it did very much upset me,” he said.

Parks also stated his belief that the officer wouldn’t have made the threat if he was white.

“It would have been a whole different scenario and that’s one of the reasons I was there [at the protest].”

Parks was later captured in a dramatic photo which showed a different officer pointing a rubber bullet gun at his face. His two-year-old son watched on from atop his shoulders.

“The officer in the photo – he should not be a cop at all,” Parks said of the disturbing image.

“I feel they let anybody be a cop these days… I could tell just by looking at him he’s ready to shoot at any time.”

The dad has garnered criticism for taking his son to the protests in the first place. In response, however, he explained:

“I’m a great father and I take care of my son and I’m raising him to be great.

“A lot of people might think I put my son in danger by being there, but I know I wouldn’t let anything happen to him, and when it started to get really dangerous, we went home.”

The Long Beach demonstrations saw thousands of people take to the streets at the weekend to protest the unlawful killing of George Floyd.

At the time of writing, all four of the officers involved in Floyd’s death have been fired and charged. Derek Chauvin, the officer seen kneeling on Floyd’s neck, faces a charge of second-degree murder.

What’s going on right now in our country truly terrifies me, but without protests we can never force the changes needed.

The pictures of Dontae Parks standing before the officer’s rubber bullet gun is disturbing, but what scares me more is the threat allegedly made against his son.

Share this article if you stand with the Black Lives Matter campaign.