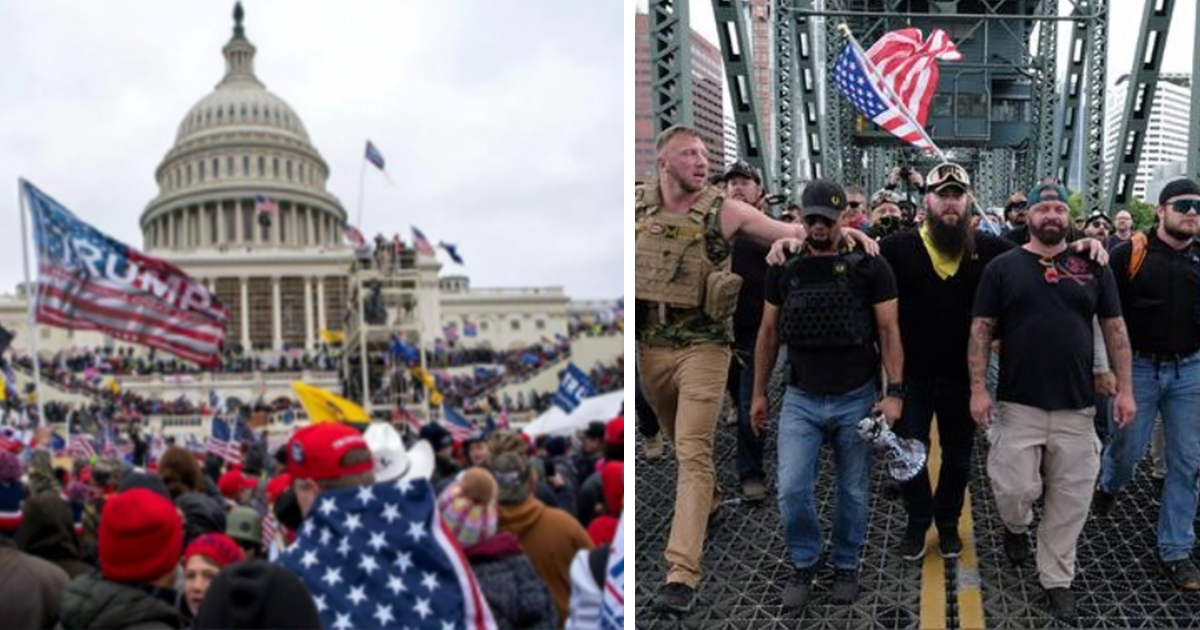 Canadian lawmakers are calling on the Prime Minister’s government to label the Proud Boys a White supremacist terrorist organization.

Lawmakers in Canada voted unanimously to pass the legislation after some of its members were among the Donald Trump supporters charged over the violent attack on the U.S. capitol on January 6.

The plan, put forward by the fourth-ranked New Democrats, states that the government should “use all available tools to address the proliferation of white supremacists and hate groups, starting with the immediate designating of Proud Boys as a terrorist entity.”

It must now be approved by Canadian Prime Minister Justin Trudeau before it can become law.

“It’s now on Justin Trudeau and his liberal government to do the right thing and follow through on the unanimous will of the Parliament,” Canadian Parliament member Jagmeet Singh tweeted.

“I hope he does, millions of Canadians do too,” he added.

The Proud Boys is as far-right, neo-fascist, and male-only white nationalist political organization founded in 2016 by Canadian and British-born Gavin McInnes.

McInnes, who co-founded Vice Media, later distanced himself from the group that he formed as a “pro-Western fraternal organization,” implying it had instead become more focused on race, as per the The New Yorker.

The group is known for inciting violence both in the United States and in Canada, and many of its members were arrested following the Capitol riots.

They have become some of Donald Trump’s most vocal and violent supporters and now investigators are looking into the extent of their involvement in the riot at the U.S capitol which left 5 dead and more than 50 police officers injured.

At least six members of the organization have been charged in connection with the riot, including one of its top-ranking leaders, Joseph Biggs.

According to media reports, Biggs, a U.S. Army veteran, led about 100 men on a march from the site of President Donald Trump’s speech and then into the Capitol building.

The Proud Boys’ chairman Enrique Tarrio, a self-identifying Afro-Cuban who lives in Miami, was arrested Jan. 4 in connection with the burning of a Black Lives Matter banner that had been torn from a historic Black church during a different round of violent protests.

He was found carrying two high-capacity rifle magazines emblazoned with the Proud Boys’ chicken logo, as per Indian Express.

‘We must confront and defeat’

According to Quartz, Joe Biden in the first U.S. President to call out white supremacy in an inaugural speech calling for unity and declaring: “The dream of justice for all will be deferred no longer.”

Her cited a “rise of political extremism, white supremacy, [and] domestic terrorism that we must confront and we will defeat.”

He then said: “Our history has been a constant struggle between the American ideal that we’re all created equal and the harsh, ugly reality that racism, nativism, fear, demonization have long torn us apart.”

What do you think about this move? Please leave your thoughts in the comments section and don’t forget to share this story.