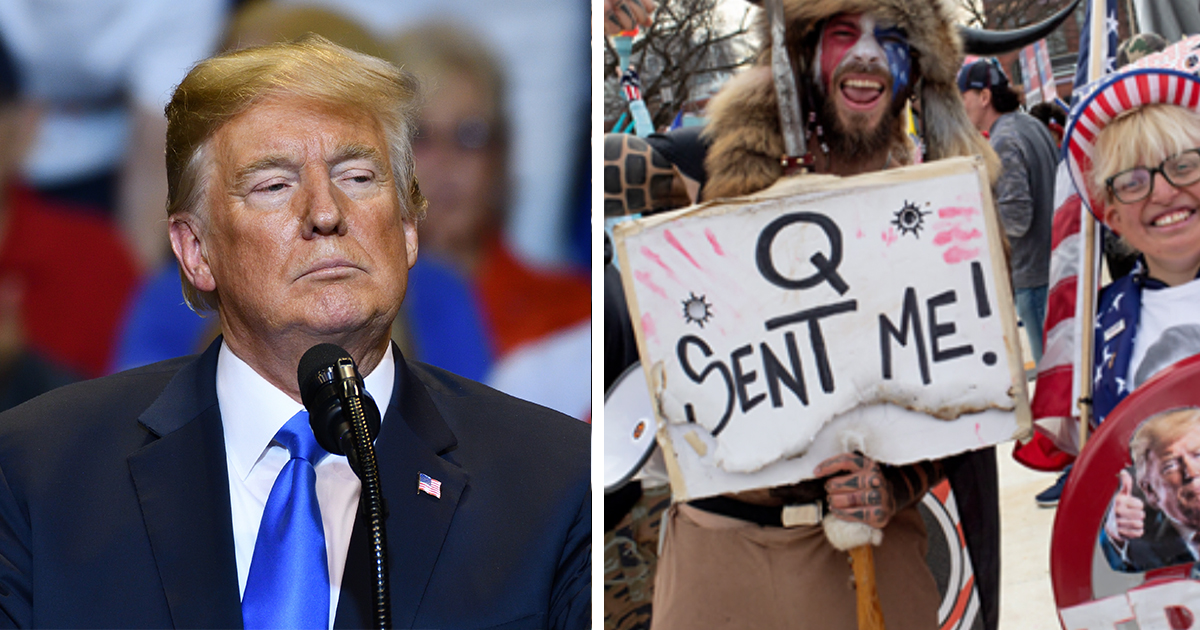 Donald Trump might no longer be sitting pretty in the White House, but there’s no doubting that support for his regime and various policies remains strong.

Amongst his followers – many of whom, it must be said, are everyday, hard-working Americans – are small pockets of right wing conspiracy groups, perhaps the most well-known of which is QAnon.

The collection of tinfoil hat wearing, flagrant lie touting attention seekers has made headlines these past few months, helped in no small part to their staunch support of Trump’s claims that he actually won the 2020 presidential election.

Well, if you’re one of those people who takes a warped sort of pleasure from reading the oftentimes bizarre rhetoric of QAnon, then buckle your seatbelt and prepare to be left fascinated for all the wrong reasons.

As per reports, the conspiracy group believe that March, 2021, will be a huge month in the calendar. Why, you ask? Well, because it’s the month in which Donald Trump will be inaugurated as President of the United States once again of course.

We’ll forgive you for holding off on buying the fireworks just yet, but Jared Holt, who tracks right wing extremism and is a resident fellow at the Atlantic Council’s Digital Forensic Research Lab says QAnon advocates think Trump may make a triumphant return to the White House on March 4 (tomorrow) or March 21.

Not wanting to be constrained to just those two days, however, avid QAnon followers are settling for a wider timeframe of the whole month of March for something big to happen.

“Some QAnon believers are keeping a broader timeline in mind, including the entire month of March,” Holt said.

“Many of the justifications for those dates stem from worn-out theories that can be traced back to the sovereign citizen movement.”

As per reports, the March 4 date is significant because it was the inauguration date for U.S. Presidents up until 1933. Failing that, March 20, meanwhile, could be the day – in cloud cuckoo land – that sees Trump put back in power.

Just incase you’re not up to speed with the core of QAnon’s stance, allow us to give you a brief crash course.

Their central belief is that former president Donald Trump is waging a secret war against a far-reaching Satanic trafficking ring consisting of cannibals who have found their way into the Democratic Party and the upper echelons of Hollywood.

No, we’re not making that up. Yes, we’re every bit as confused as you are.

Regardless of your opinion on the group as a whole, though, there can be no doubting that they pose something of a threat. That was proved in January, when a good many QAnon followers fleshed out the ranks of Trump supporters who stormed the Capitol Building.

In any case, I think we can safely say they’ve missed their mark a little when it comes to the prediction of Trump returning to the presidency a little over a month into Joe Biden’s term.

What do you think about the QAnon conspiracy groups? Let us know your thoughts in the comments box.

Speaking more realistically, are you a Donald Trump fan? Do you think that he will run for president again in 2024?