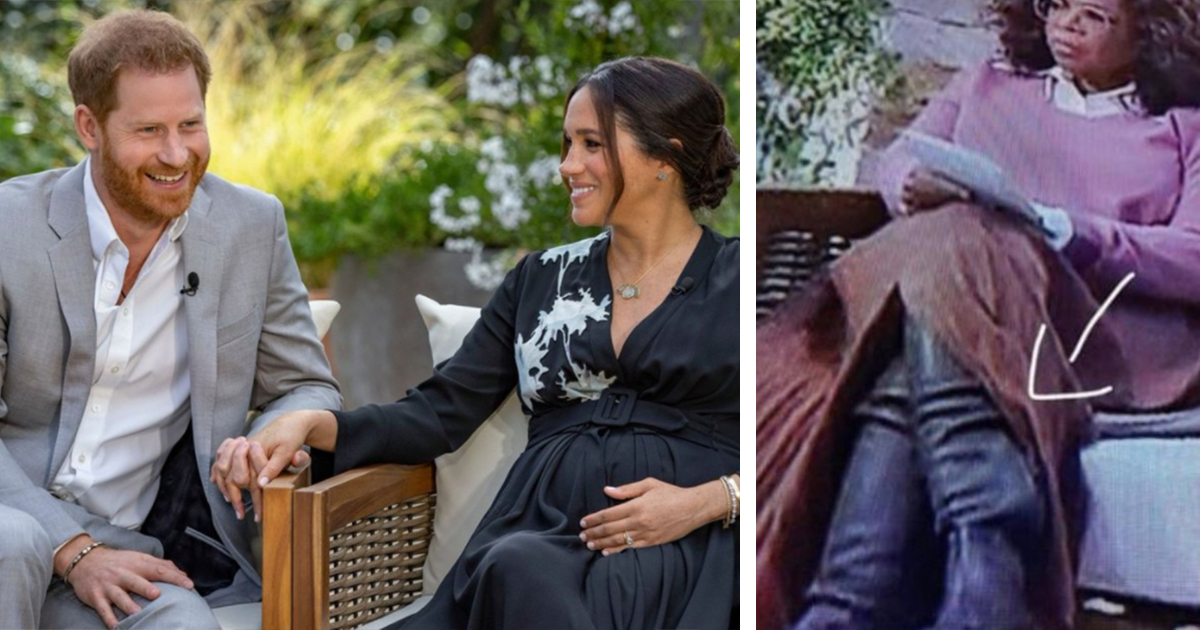 Oprah Winfrey has garnered quite the reputation over the course of her life for being an excellent interview, capable of putting her guests in such a position of comfortability that they feel they can open up to her about the most personal of topics.

It should come as little surprise, then, that it was Oprah who landed the first tell-all interview with former prince Harry and Meghan Markle after they officially stepped down from their royal duties.

Given the events of the past two years or so – during which Harry and Meghan have been enshrined in a whirlwind of speculation and headlines – their sit down with Oprah promised to be a game-changer.

And boy, did it deliver.

It seems as though the world’s media has discussed nothing else over the course of the past few days.

Several of Meghan and Harry’s more candid claims regarding the life they left behind have been scrutinized, critcized, and either supported or slammed, depending on which outlet you read.

One thing’s for certain; the interview is one that is sure to live long in the memory, and the ramifications have heaped a level of pressure on the British royal family that’s virtually unprecedented.

Given free reign to talk on her experiences as a member of the so-called “Firm”, Meghan claimed that not only had she harboured suicidal thoughts – such was the extent of her feelings of isolation – but that she’d even been forced to field conversations surrounding the potential skin colour of her and Harry’s son, Archie, before he was born.

Of that shocking revelation, Harry told Oprah: “That conversation, I am never going to share. At the time it was awkward, I was a bit shocked.”

Needless to say, there was much and more to be taken from the interview, which will without a doubt go down as one of the most ground-breaking of modern times.

Yet while the rest of the world was focusing – rightly, we might add – on the subjects being raised by a couple who have been hounded by the mainstream media for too long now, there were a certain group of thinkers who decided to put their energy into a discussion of another kind.

In modern times, wherever controversy rears its ugly head in America, conspiracy group QAnon are sure to be close behind.

Shortly following the broadcast, popular QAnon channel We The Media, which operates on messaging app Telegram, posted the question “Oprah ankle monitor?” to their subscriber base of almost 200,000 alongside a photo of Oprah’s boots.

Yes, it would appear they now believe Oprah was wearing an ankle tag while conducting the interview, one she tried to conceal with her high boots.

Telegram user Roxanne F. wrote: “So obvious, first few minutes she was strategically keeping both her feet behind that little table then got comfortable or forgot about need to conceal it … she should fire the camera man.“

Another, Stroud Mom, wrote: “At the furthest point away from the mouth, and where the microphone would pick up on any time she repositioned herself, in her seat? I don’t think so.“

At this point it must be said that the ‘bulge’ in Oprah’s boot many of the QAnon followers were referencing seems to be nothing more than a crease in the leather. But hey … who are we to get in the way of a good conspiracy theory?

In any case, QAnon are likely scrambling to get something right, having endured a string of failures where their outlandish predictions are concerned.

The conspiracy group most recently claimed that Donald Trump would be re-inaugurated as President of the United States on March 4, which of course didn’t happen.

What do you think to QAnon’s wacky theories? Is there any possible chance Oprah was wearing an ankle tag?

Let us know your thoughts in the comments box on Facebook, and share this article to keep the debate going.