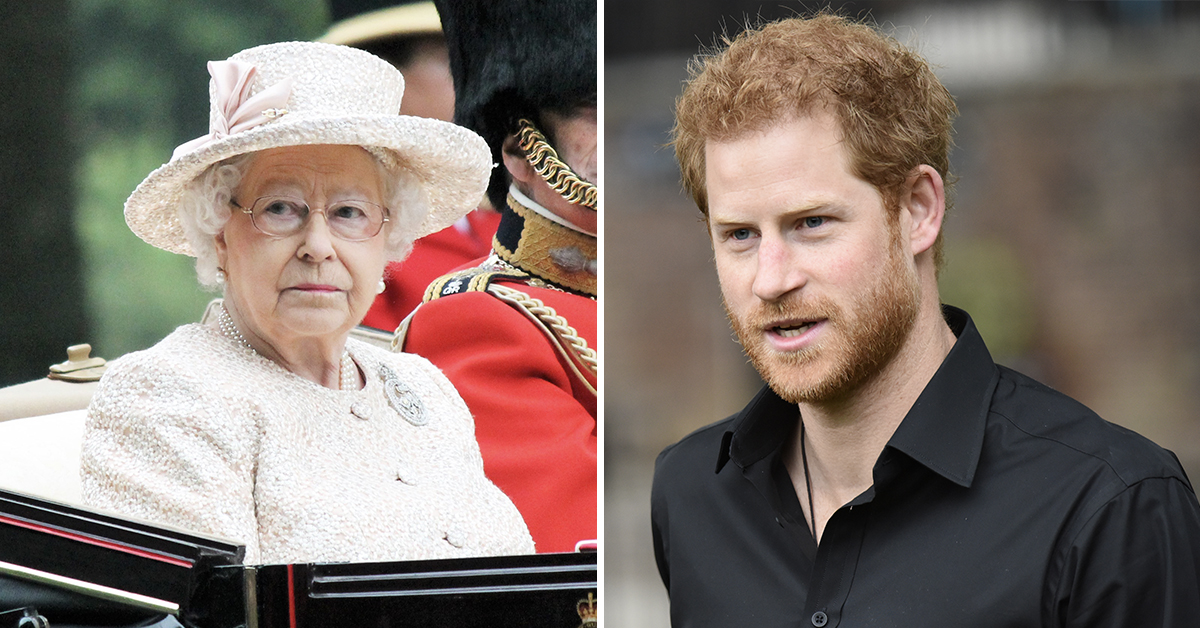 It’s been a long and trying 2021 for Queen Elizabeth, and we’re not even technically half way through.

The long-reining monarch has been forced to quarantine for large parts of the past year due to the COVID-19 pandemic, whilst the very institution she spearheads has come under attack after the many claims made by Prince Harry and Meghan Markle in their tell-all interview with Oprah.

Yet the harshest and most bitter blow surely came in April, when Queen Elizabeth lost her self-described “strength and stay”. Prince Philip’s passing will have hit no one harder than the Queen, who had relied upon her husband for advice and support for an astounding 73-years of marriage.

Yet with news of the birth of Harry and Meghan’s second child – a little girl welcomed into the world last Friday in Santa Barbara, California – perhaps there’s hope yet on the horizon.

To say Queen Elizabeth has been tried and tested over the past few months is a relative understatement. At 95 years old, the monarch has experienced all manner of of things during her time as head of the Royal Family.

It’s somewhat ironic, then, that the years in which she arguably should have been able to take a backseat are looking like potentially being defined as some of her most difficult.

Indeed, few could have guessed the storm that was brewing last year when Prince Harry and Meghan Markle announced that they would be stepping back from their royal duties – that they might disappear from the spotlight wasn’t such big news, all things considered.

Fast forward to this year, and an explosive interview with celebrated American TV host Oprah Winfrey revealed all sorts of trouble alleged to have gone on behind the scenes when they lived in England.

Included in Harry and Meghan’s list of accusations were comments suggesting certain members of the British Royal Family might be racist, as well as Meghan’s claim that she developed suicidal thoughts as a result of being pressured and isolated in her new role.

A barrage of criticism followed, much of which was leveled at Queen Elizabeth and the rest of the The Firm. #AbolishTheMonarchy was trending in the UK on Twitter in the days following the Oprah interview, such was the furore at what had been said.

So serious were the allegations, that Queen Elizabeth herself promised to investigate them.

In the months that have followed, Prince Harry has doubled down on many of the comments alluding to the difficulties of growing up in the royal household.

In a subsequent appearance on Dax Shephard’s Armchair Expert podcast, Harry hit out at his father, Prince Charles, for perceived failings as a parent.

“I don’t think we should be pointing the finger or blaming anybody,” he said.

“But certainly when it comes to parenting, if I’ve experienced some form of pain or suffering because of the pain or suffering that perhaps my father or my parents had suffered, I’m going to make sure that I break that cycle so that I don’t pass it on basically.”

With all the above in mind, and the bridges between Harry and his family all but burned, speculation is now insisting that news of he and Meghan’s daughter being born might be the only thing that can save the situation.

Word of the little one’s arrival was welcomed around the world last Friday, with the name Harry and Meghan had chosen coming under particular scrutiny.

Lilibet Diana Mountbatten-Windsor, at the time of writing just four days old, finds herself eighth in line to the British throne. Her first name is intended to honor the Queen herself (Lilibet was a nickname bestowed upon the monarch as a child, when she couldn’t pronounce Elizabeth).

Diana, of course, is for Harry’s mother, that wonderful champion of compassion and kindness who stole the hearts of the world as the Princess of Wales before her untimely death in a Paris car accident back in 1997.

Yet while some might see the given names as something of an olive branch being extended by Harry and Meghan, one royal expert has claimed that the Queen is sure to be unimpressed, and that the move was “rude”.

As per the Daily Express, royal biographer Angela Levin has claimed the Queen will not like the fact her great-granddaughter is named “Lilibet”, as the name was a private nickname mostly used by the late Prince Philip.

Ms Levin told Good Morning Britain: “I think she’s desperately unhappy because they were desperately rude about her.

“I don’t think it’s a good idea. I think it’s quite rude to her Majesty the Queen.

“It was a very private nickname from her husband who hasn’t been dead for very long.

“Prince Charles would never dream of referring to his mother as Lilibet.

“He’s never used it – it was a special name, especially for the Duke of Edinburgh.”

Other sources seem to claim that Harry would have asked the Queen before naming his daughter Lilibet, but the truth isn’t likely to be one hundred percent verified either way.

What do you think about Harry and Meghan’s choice of name? Are you happy for them?

If you, like us, hope that Prince Harry and the Royal Family can repair their relationship and make amends, leave a comment on this article on Facebook.

Meanwhile, share this article to wish Harry and Meghan well after the birth of their daughter.