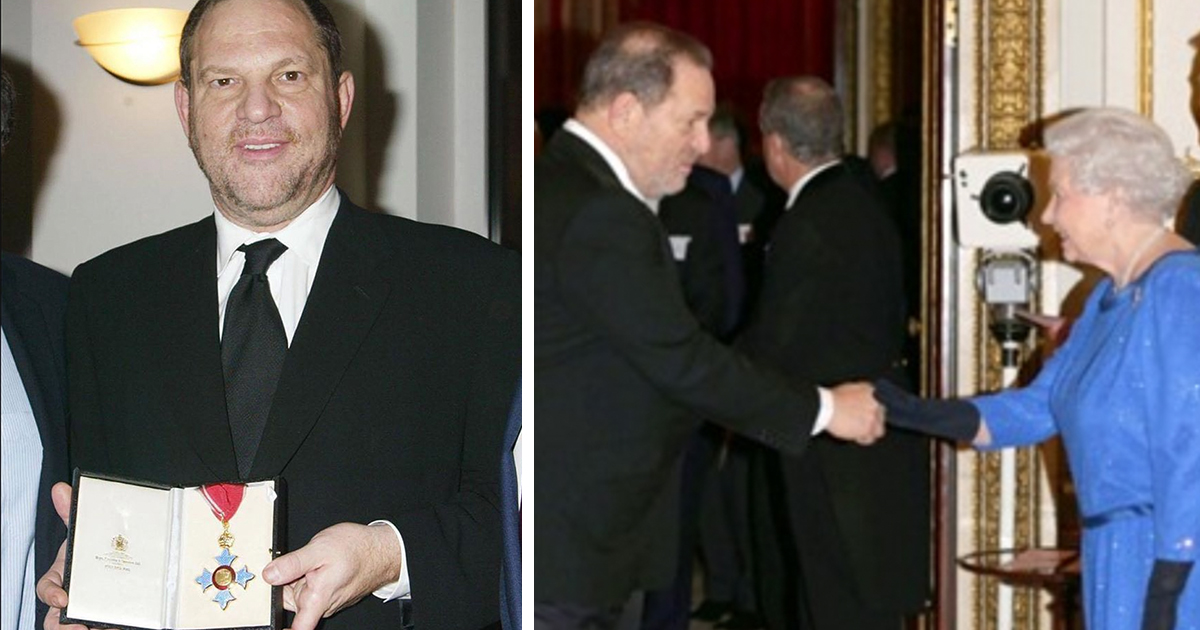 Queen Elizabeth’s team announced on Friday that the monarch has stripped disgraced producer Harvey Weinstein of his honorary British title.

As per The Gazette, Queen Elizabeth has removed the convicted rapist’s CBE (Honorary Commander of the Civil Division of the Most Excellent Order of the British Empire), which was bestowed upon him back in 2004.

The title is granted for a significant contribution in any area the ruling monarch sees fit. Weinstein was awarded his after his company, Miramax, produced Shakespeare in Love (1998).

During the film, which won several Oscars, Judi Dench played the role of Queen Elizabeth I, the current queen’s namesake.

In a statement released by St. James’s Palace on Friday, it was made clear that the Queen was annulling or cancelling a number of the honorary CBE titles. The first name on the list was that of Harvey Weinstein.

68-year-old Weinstein was sentenced to 23 years in prison earlier this year after being convicted of the third-degree rape of Jessica Mann, a former aspiring actress, as well as a further count of a criminal sexual act in the first degree against former Project Runway production assistant Mimi Haley.

“The Queen has directed that the appointment of Harvey Weinstein to be an Honorary Commander of the Civil Division of the Most Excellent Order of the British Empire, dated 29 January 2004, shall be cancelled and annulled and that his name shall be erased from the Register of the said Order,” the statement from the palace reads.

Weinstein also has additional charges pending in Los Angeles, but has not been extradited to face them due to the ongoing coronavirus pandemic.

As per reports, critics in some quarters have voiced concerns over how long it took for the process of Weinstein to be stripped of his honorary title.

In any case, over 80 women have come forward with accusations against the former producer in the last three years alone, so it’s pleasing to know he’s finally facing the justice he deserves.

I for one am glad that Queen Elizabeth has taken this step. No woman should ever have to suffer in silence, or feel that an abuser is too powerful to speak out against.

Share this article on Facebook if you support women from all walks of life who are facing trauma.