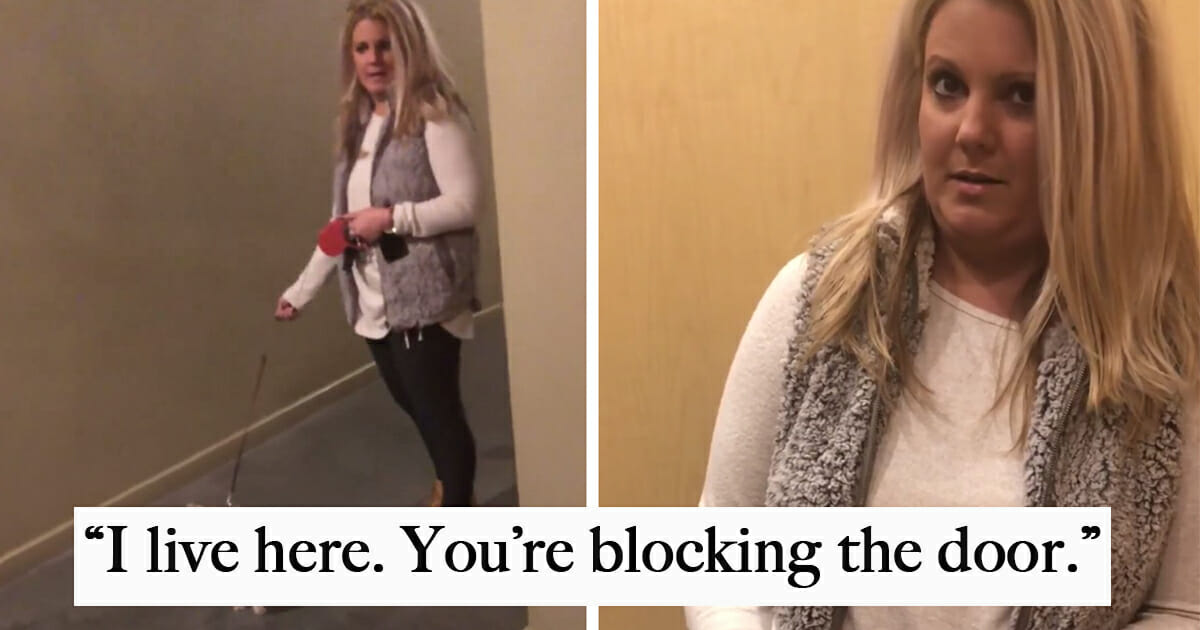 Imagine a world where people weren’t judged on the color of their skin. For some, it may seem like we’ve made leaps and bounds in the fight against racism and prejudice.

Others, however, understand that there’s yet a long way to go before such vile preconceptions are eradicated entirely.

Sadly, the latest example of a white woman calling the police on a person of color for the simple reason of trying to go about their business has gone viral. Warning – it’s every bit as absurd and infuriating as you’d expect …

The woman in question – who we won’t identify – confronted D’Arreion Toles as he attempted to enter the address they both live at in St. Louis, Missouri.

She claimed she felt ‘uncomfortable’ with D’Arreion coming into the building, before proceeding to block his entrance and demanding to know both his name and which apartment he lived in.

D’Arreion himself caught the ordeal on camera and uploaded it to social media with the following caption:

“To be a black man in America, and come home. Woman tries to stop me from coming into my building because she feels insecure, Downtown St. Louis luxury loft, because she don’t feel that I belong, never really thought this would happen to me, but it did! Then 30 mins later police knock on my door, because she called! I was shocked this is America in 2018!”

Needless to say, the footage quickly spread like wildfire on the internet, and the woman in question ended up losing her job.

D’Arreion was reportedly against a witch hunt, though he was left understandably upset by the incident.

You can watch the distasteful footage below:

There have been a number of interesting responses to the videos, with the vast majority of sensible people defending D’Arreion’s right not to have to explain himself to a person he’s never met.

All we can say is great job on staying calm and collected in what was a needlessly difficult situation, D’Arreion.

It’s our hope that videos like this spread awareness of something that’s still clearly a problem in the world today. Share this article to show your support for D’Arreion!