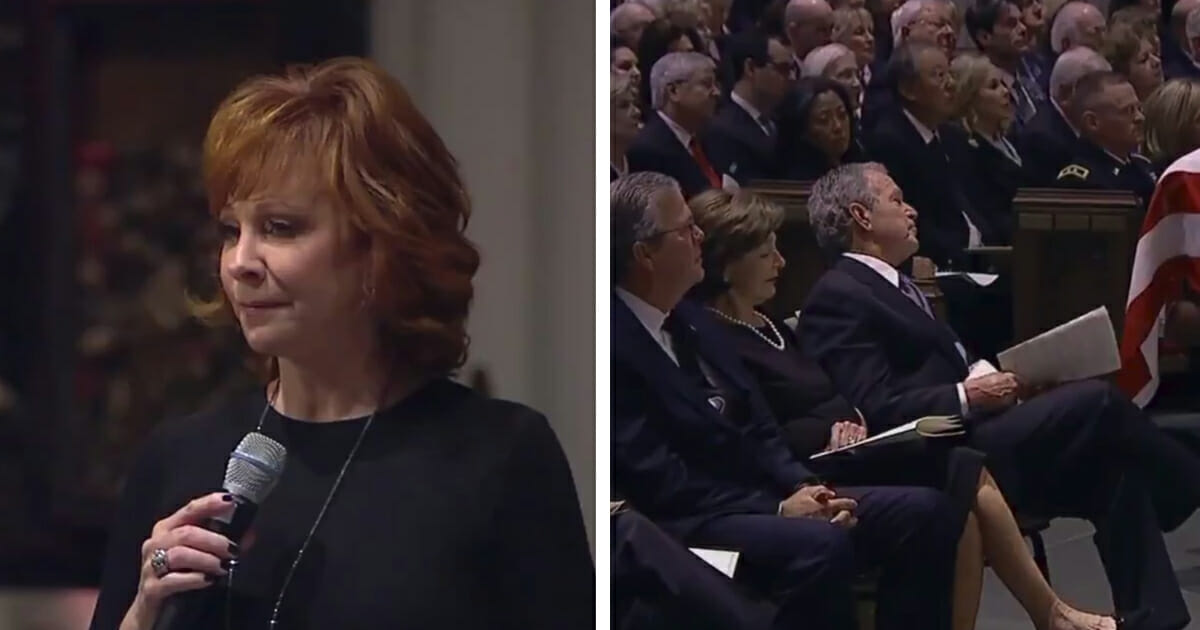 On November 30, former U.S. President George H.W. Bush passed from this world, leaving a great many people to mourn the death of a genuine leader of men.

Naturally, America has erupted in an outpour of tributes since, and his family have rallied for a send off worthy of commendation.

The 41st President of the United States was laid to rest earlier this week, and a good deal has been made of the magnitude of the ceremony.

It’s country music icon Reba McEntire who has made the headlines in recent days, however, for a performance that moved the Bush family to tears …

According to UPI, McEntire has been staunch admirer of Bush senior for years.

The 63-year-old posted an Instagram tribute the day after his death, captioning it: “My favorite. #greatpresident #greatfriend.”

But it was her performance at his funeral ceremony at Houston’s St. Martin’s Episcopal Church that gave her the best chance to express her gratitude.

To honor the former president, McEntire sang “The Lord’s Prayer” whilst clad in black.

At times the artist looked close to tears, but she managed to keep it together in spite of the tears flowing around her. Cameras cut to the family as she sang, showing George W. Bush wiping his eyes.

For the video of the performance, see below:

Our thoughts and prayers go out to the Bush family. May George rest in peace.