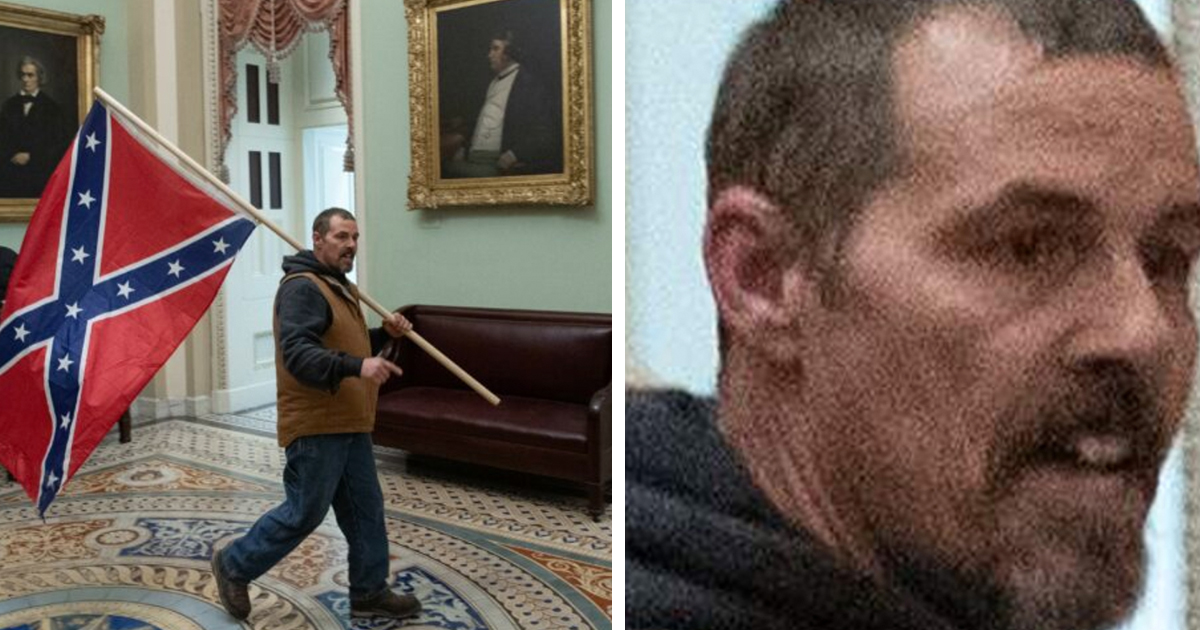 The rioter seen carrying the Confederate flag into the Capitol Building last week has been arrested.

A hunt has been underway for those responsible for the chaos during the storming of Capitol Hill last Wednesday, with images of those of interest to the authorities being circulated online.

One such image was of Kevin Seefried, who was seen carrying the white supremacist symbol of the Confederate flag through the halls of the Capitol Building. As per reports, Seefried was arrested yesterday (January 14) in Delaware for unlawful entry.

The New York Times claim that the FBI has obtained as many as 126,000 photographic and video tips from the public since they released the images of those they were looking for.

As of January 12, over 70 people had been arrested in connection with the trouble. The U.S. attorney for the District of Columbia, Michael Sherwin, predicted this number could and would end up in the hundreds.

A large portion of the rioters have been charged with unlawful entry, but a select few could face charges of sedition and conspiracy, which carry lengthy prison terms of up to 20 years.

Five people, including a Capitol Officer, lost their lives in the carnage that unfolded last week, and all manner of concerns have been raised as to the people involved and the scope for future events of a similar nature.

Representative Jason Crew, member of the House of Representatives Armed Services Committee, held a phone call with US Army Secretary Ryan McCarthy asking that any National Guards deployed for Joe Biden’s inauguration be reviewed by the Criminal Investigation Department beforehand.

Expressing concerns as to the potential involvement of military in the rioting last week, Crew said: “Long guns, Molotov cocktails, explosive devices and zip ties were recovered, which suggests a greater disaster was narrowly averted.”

What do you think about the way the riot was handled? Do you think the people involved should be facing heavy punishments?

Share this article if you’re now praying for a safe and secure America moving forward.