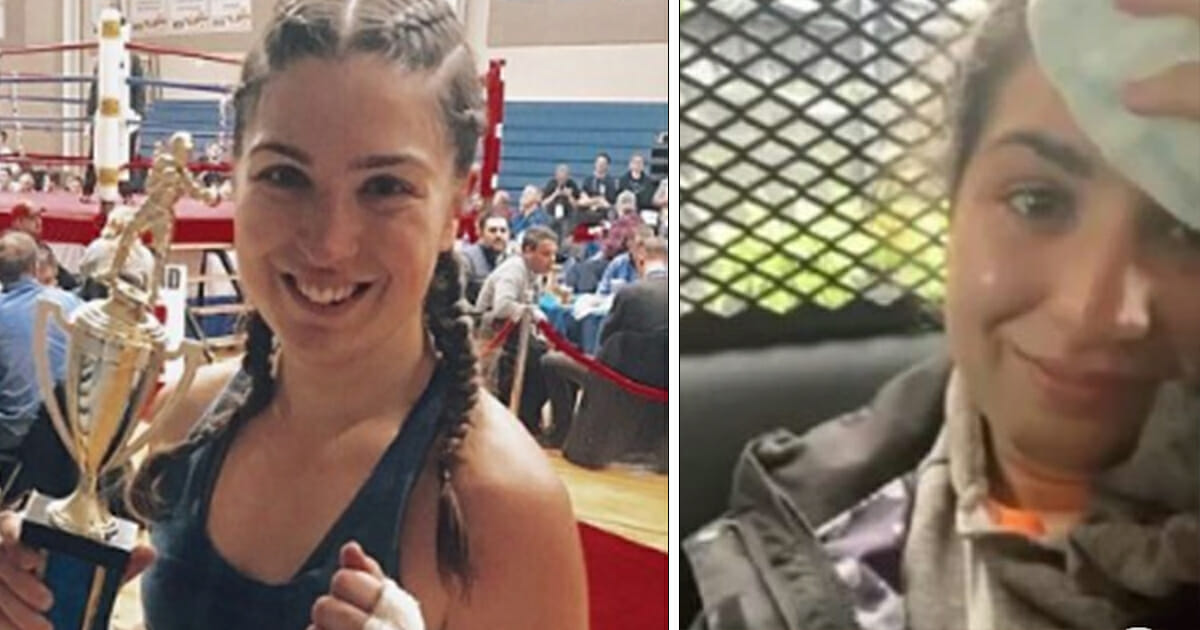 Since I’m not a thief, I don’t know much about how robbers might distinguish between targets and assess who seems the most vulnerable.

What I do know, is that one would-be robber certainly picked wrong when he tried to take on Claire Quinn.

According to reports, Claire was set upon by a man with the intention of taking her mobile phone.

THAT'LL SHOW HIM! Claire Quinn started hitting her assailant wherever she could, and the nearest spot was his groin area. https://t.co/RQn3FowSd1

Claire was walking to the gym one morning in Chicago, when an alleged thief tried to grab her phone. What he couldn’t have known, of course, was that Claire was far from easy pickings.

The boxer responded by releasing a flurry of blows to the man’s testicles. Needless to say, it had its desired effect.

The 26-year-old spoke to Block Club Chicago on her ordeal, saying: “I just kept throwing my right hand to his balls. There’s no way to sugar coat that or put it nicely.

Chicago boxer Claire Quinn was on the way to the gym last weekend, planning on sparring in the ring, when she ended up in a street fight in Bucktown. https://t.co/JI1DNfpT04

As per The Sun, Quinn’s ordeal began when she was approached by a teenager asking for instructions to the Nike shop. It was then that an older man came up behind her and delivered a sucker punch that left her with mild concussion. He demanded she give him her phone.

“He punched me the one time really hard, and then after that I just kept throwing my right hand into his groin,” Quinn explained.

“My right hand knocks girls out. My last four or five fights have been TKOs (technical knock outs). It can do some damage. Eventually I connected enough that he stumbled away from me.”

Speaking to ABC7 Eyewitness News, Quinn said: “I could have just given him my phone, but you laid your hands on me. I’m not going to take that.”

Things could have definitely ended far worse had Quinn not had the appropriate skills and experience to fend her attacker off. Police have yet to arrest anyone for the attempted mugging, but hopefully Quinn’s beating will make this thief think twice before he tries anything like it again.

Share this article if you despise all those would prey on others.