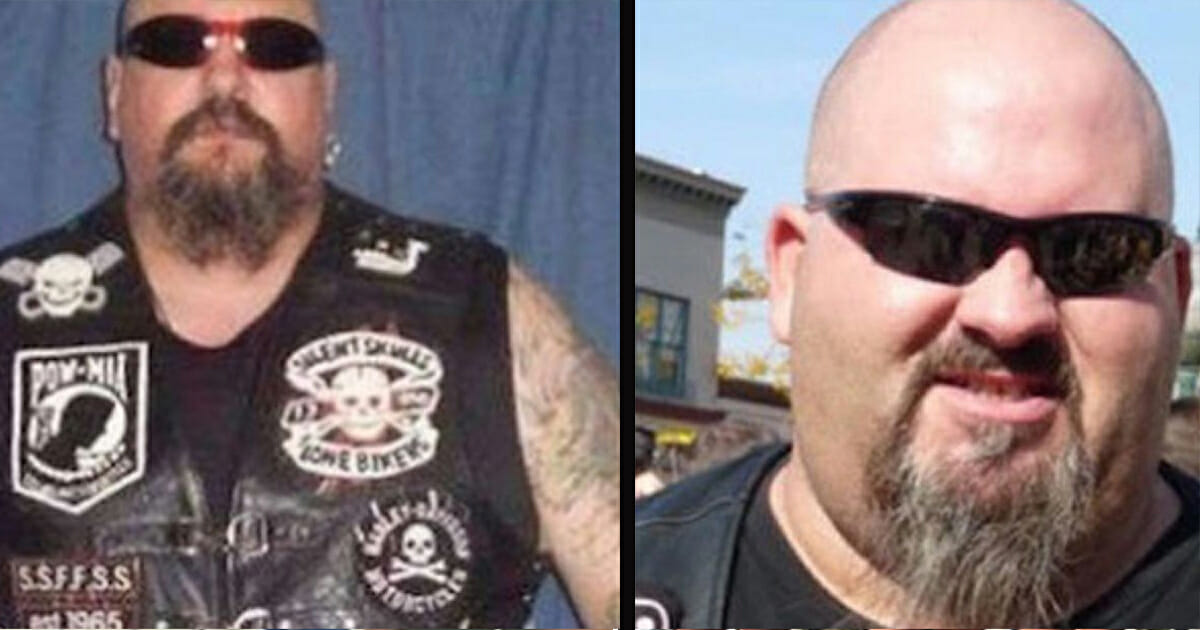 Despite the fact we know it to be wrong, a good many people persist in judging books by their covers.

There still exist plenty of those ready to form opinions based on the outward appearance of someone. Casting an assertion purely on a first impression isn’t something that we should do, and yet people do it anyway.

Luc Perreault knows a thing or two about this. At 280lbs and traditionally dressing like a biker, Luc is used to people making assumptions before they’ve even met him. One day, he walked into Tim Horton’s to grab a coffee. Whilst there, he encountered a woman and her young daughter.

It was the little girl who approached him to say hello, though when she did she was quickly grabbed by her mother …

Luc thought it was a strange reaction, but things became clear a few moments later, when he heard the mother say: “We don’t talk to dirty bikers.”

It should go without saying that Luc was taken aback. He couldn’t understand why the woman would decide he wasn’t fit to talk to her daughter simply because of his outward appearance. With the feelings of hurt in his system, he took to Facebook to post a powerful message.

“To the family in the red SUV at Tim Horton’s today,

Yes I am a big 280 lb guy with motorcycles and full of tattoos, I am a welder, I am loud, I drink beer, I swear and I look like I would eat your soul if you stare at me wrong.

What you don’t know is that I have been happily married for 11 years, my kids call me daddy, i am a college graduate, my mother is proud of me and tells everyone how lucky she is to have such a wonderful son, my nieces and nephews are always happy to see there m’noncl Luc.

When my daughter broke her arm I cried more than she did. I read books, I help people, I go out of my way to thank war veterans and I even cried at Armageddon…..

So, next time I smile and say hi to your little girl and you grab her and tell her ” No no dear we don’t talk to dirty bikers” remember that even though you hurt my feelings this “dirty biker would be the first person to run into your burning house to save your little girls goldfish so she wouldn’t be sad!!!!”

Since Luc posted his story online in 2013, it’s unsurprisingly garnered plenty of attention. The post has been shared more than 4,000 times on Facebook, and also covered by several news sites. Seven years later, it’s still being shared around the world and I think that’s great.

The moral of the story is simple. You should never develop ideas about someone until you’ve met them and spoke with them properly. That is one thing our mum always said – you cant judge a book by its cover and it’s very true.

As I read this tears form in my eyes, this is such a heartfelt message, I pity people who are so closed minded and judge people knowing nothing about them.

If you think Luc was right to be offended, share this article to show it’s never OK to judge someone without knowing them! Spread Luc’s message of kindness.