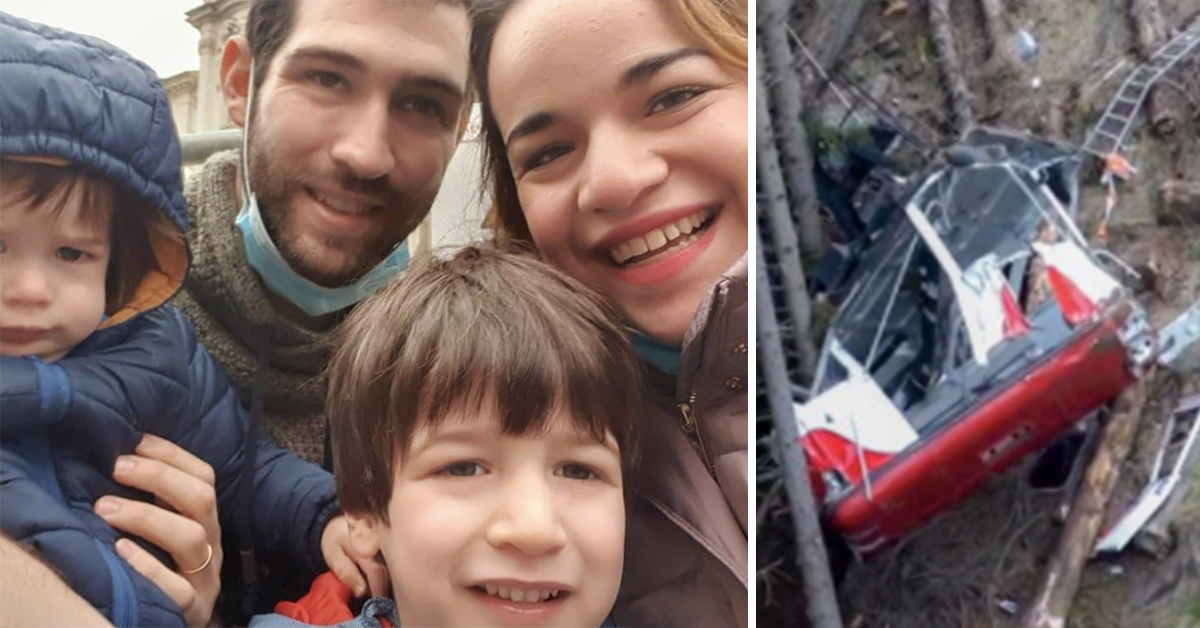 A 5-year-old boy is the sole survivor of a horrific cable car crash that killed 14 people in Italy.

The boy, from Israel, survived the crash which happened in the Alps on Sunday, but his parents, younger brother and great grandparents were killed.

According to doctors Eitan Biran was saved by his father’s hug when the cable car plummeted to the ground on its way to Mottarone mountain in the Alps, Metro UK reported.

The boy had been riding in the cable car with his parents, Amit Biran, 30, and Tal Peleg-Biran, 26, as well as his 2-year-old brother, Tom Biran, Israel’s Foreign Ministry told the Times of Israel.

Peleg-Biran’s grandparents, Barbaria Cohen, 71, and Yithak Cohen, 81, had also joined them and died at the scene, officials said.

Eitan suffered broken legs and head and chest wounds and doctors are optimistic regarding his condition, The Jerusalem Post reported.

He was airlifted to a hospital in Turin, where he cried out, “Leave me alone, I’m scared,” as doctors attempted to treat him, the newspaper reported.

Italian investigators have launched a multiple manslaughter investigation into the cable car crash which killed 14 people.

The cable car carries tourists and locals from the resort town of Stresa on Lake Maggiore to Mottarone Mountain in the Alps.

It appears that a cable on the system broke and the car then hit a pylon, fell to the ground, and overturned “two or three times before hitting some trees,” Stresa Mayor Marcella Severino said, as per CNN News.

Eitan’s father had come to Italy to study medicine and was working in the security service, as per Milo Hasbani, president of the Jewish Community of Milan, the Italian Jewish newspaper Pagine Ebraiche reported. “He studied medicine and was always kind, always smiling. He was an exquisite person.”

The grandparents had come to visit the family from Tel Aviv to escape the deadly conflict last week between Israel and Hamas.

Other victims included a doctor who had been on the frontlines of the COVID-19 pandemic and was celebrating her 40th birthday with her boyfriend when the two were killed in the crash.

An engaged couple, Silvia Malnati 27, and Alessandro Merlo, 29, who had taken the trip to celebrate Silvia getting her economics degree, were also killed.

A 9-year-old boy also on the cable car initially escaped the wreck, only to later die at the hospital from his injuries.

Olimpia Bossi, a prosecutor leading an investigation into the crash, said those who attended the horrific scene cried and she asked for a minute of silence before the removal of the bodies.

“I express the condolences of the whole Government to the families of the victims, with special thought for the seriously injured children and their families,” he said in a statement.

My heart goes out to this little boy losing his family and all the others who lost their lives in this horrific crash. Rest in peace.