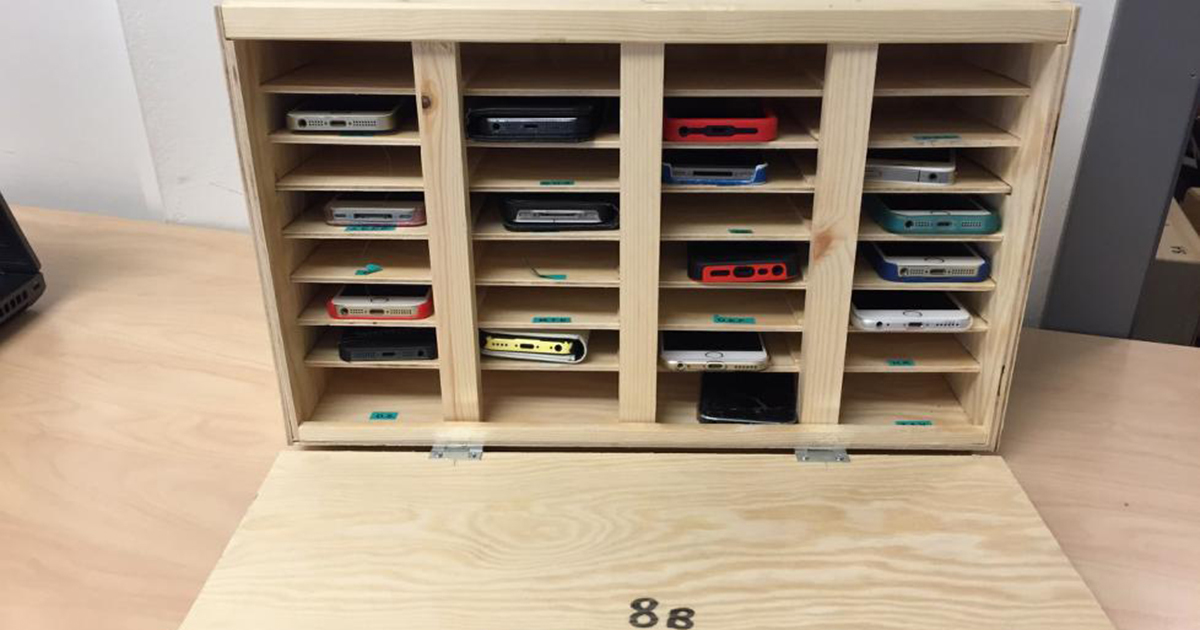 A hotel where cell phones will “rest” through the entire school day. At a school in Norway, that’s a reality. In every classroom, there are wooden boxes where students put their phones each and every morning. – Before, there were screens everywhere in between classes and it took all students attention. But now they are forced to speak to each other. It’s almost only positive, teacher Mari Halde Andersson says.

To play Candy Crush Saga, texting, or talk on the phone is something you’re allowed to at home. That’s what this school in Norway have decided. The student government along with the school board have agreed on this decision. Cell phones are not allowed in classrooms, corridors, or at the school yard. Instead, students leave their phone in a “hotel” when they arrive in the morning and get them back when they go home.

– The students were critical in the beginning, but it has worked surprisingly well, teacher Mari Halde Andersson says to Norwegian newspaper Dagbladet.

The “hotel” is a regular wooden box, where every phone have its own room.

– For the students, it’s of importance that the phones are safely stored, school principal Anne Marie Stokkedal says.
– My impression is that a lot of students think it’s relaxing not to be logged onto social media all the time.

Phone-hotels is actually a reality in a lot of schools in Norway. The student government says that a lot of students were sceptical to the decision in the beginning but have changed their mind.
– Now we have time to socialise more, so most of us are very positive to this.

Now thousands of parents have praised the “hotel” and think it’s a great idea. If you agree with them and want to see something like this in your country, share to spread the word.