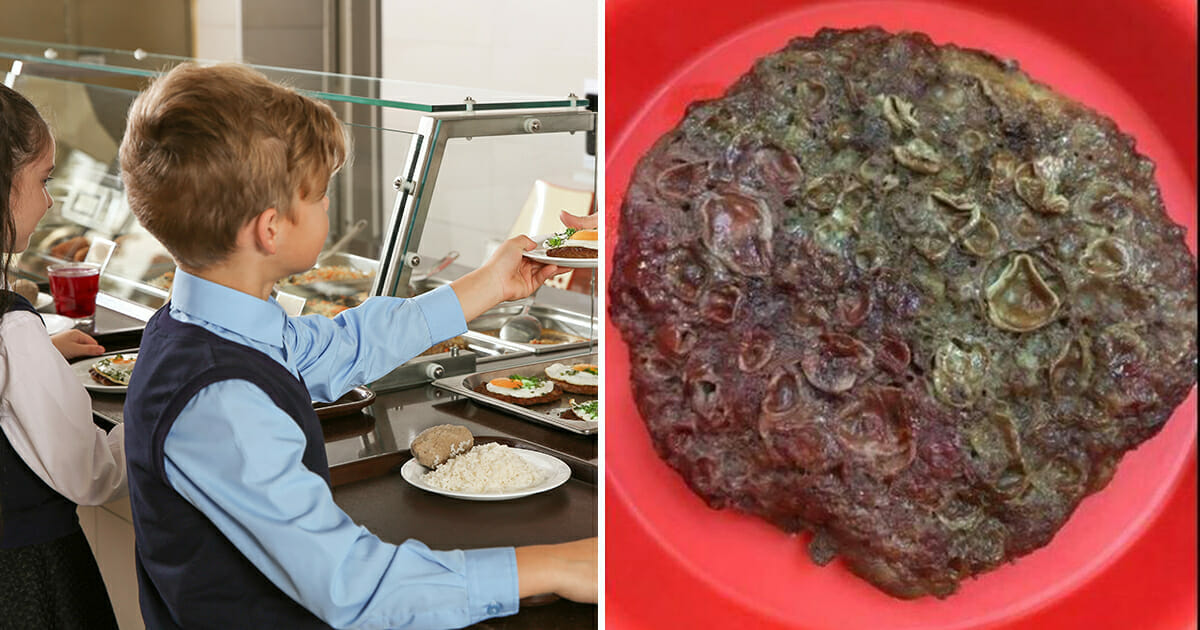 Eating lunch at school is something many of us will remember fondly. It’s a time to socialize with friends, share gossip about school life and finally get to eat that meal we’ve been thinking about all morning.

The lunch procedure works differently in different countries, but as a general rule parents expect a certain degree of quality when it comes to what their kids are being served. We’re not asking for Michelin star, but at the same time we don’t want our kids eating trash.

Spare a thought, then, for the owner of this picture, apparently taken at a school in DuBois, Pennsylviania, USA, three years ago. Needless to say, it generated plenty of excitement on Facebook. The content? It apparently depicts what one school boy was served for his lunch …

As per the Daily Mail, the picture itself became an instant sensation online. Local television station WJACTV reported on the story, with the meal in question purported to have been served in a school cafeteria.

As you can see, the dish carries a dark brown-gray color, with small spots of grease visible on its surface.

The superintendent of the school district in the area, Dr. Luke Lansberry, told WJACTV that the reason for the food’s color was that it was cooked at a high temperature. He also answered the question as to what it’s actually supposed to be.

“Food service workers cooked the hamburgers at 170 degrees, when typically they are only required to cook at 155 degrees,” Lansberry said to WAJC TV.

“There’s a pretty good chance that hamburger was overcooked and a lot of the internal ingredients surfaced from that level of heat.”

“Our food service director has contacted the state and told them about the situation and made it clear we will no longer accept that product in the district, just to make sure that we have good quality food,” he said.

We can only hope the kids are given better food in the future!

What do you think about the hamburger supposedly served to a student? Let us know in the comments box.

Meanwhile, share this story so we can keep the debate going!