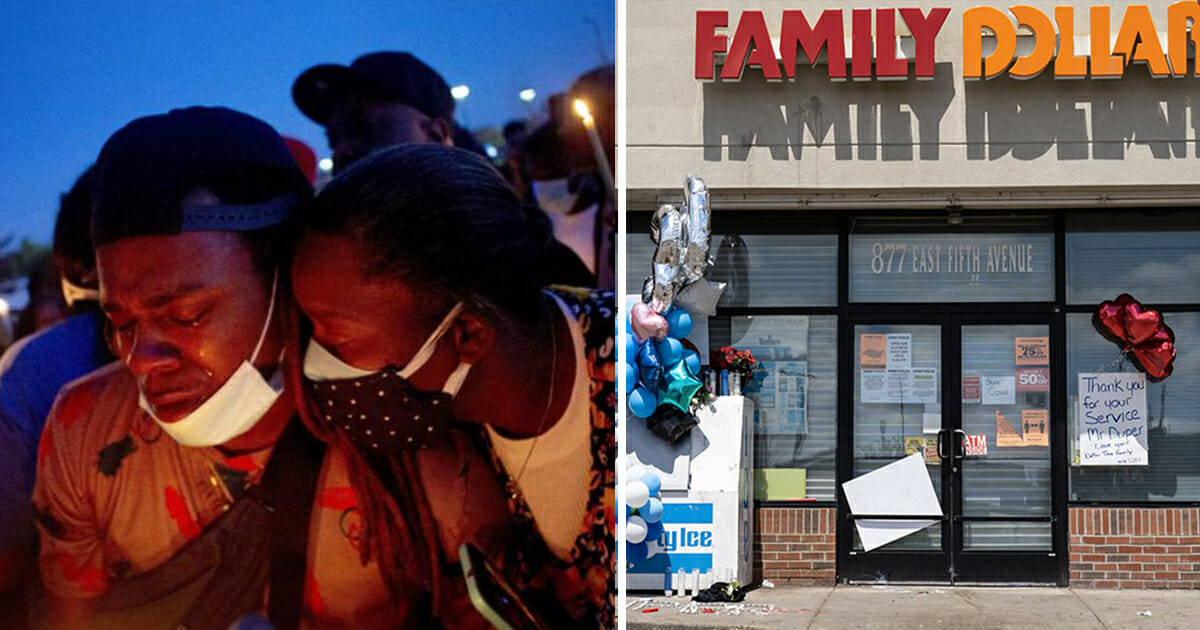 A security guard was shot and killed at a Michigan Family Dollar store after telling a customer to wear a state-mandated face mask, officials say.

According to reports, three members of the same family have been charged in the shooting of Calvin Munerlyn, a 43-year-old who died at a hospital in Flint after being shot in the head on Friday.

Sharmel and Larry Teague are married, and Bishop is Sharmel’s son, the prosecutor’s office have stated.

“From all indications, Mr. Munerlyn was simply doing his job in upholding the Governor’s Executive Order related to the COVID-19 pandemic for the safety of store employees and customers,” Genesee County Prosecutor David Leyton said.

It’s reported that Munerlyn got into a verbal argument with Sharmel Teague after he told her daughter that she needed to be wearing a mask. Footage from surveillance cameras shows Sharmel’s daughter leaving the store, with her mother then “yelling at Munerlyn, who then told her to leave the store and instructed a cashier not to serve her.”

The footage shows Sharmel leaving in an SUV, only for the vehicle to return 20 minutes later. Two men – later identified as Bishop and Larry Teague – then entered the store and shot Munerlyn in the head after Larry had accused him of “disrespecting” his wife.

“This is senseless. Over a mask. Over a mask?” Tina James, Munerlyn’s cousin, told WJRT. “This is not the way to do things right now. We need to come together.”

As per CNN, police are now looking for Larry and Bishop. Sharmel Teague, meanwhile, is in custody and awaiting arraignment on her charges in 67th District Court.

What is the world coming to when a security guard can be shot dead simply for doing his job? Rest in peace, Calvin, we hope you’re safe in the Lord’s garden now 💔