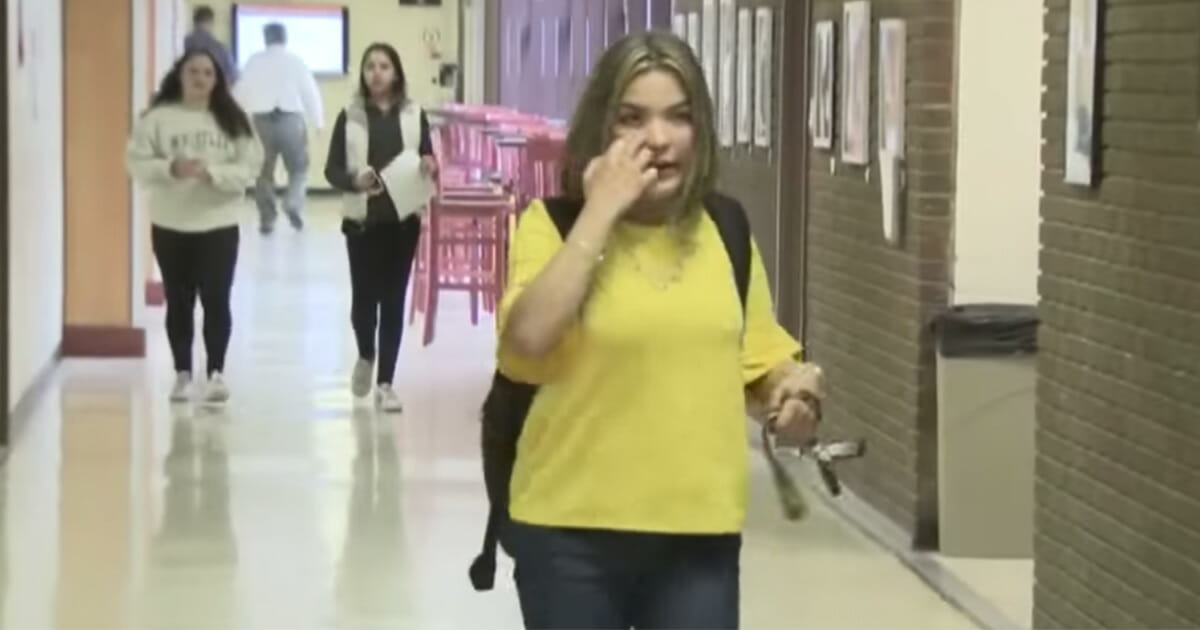 Officer Roger Caron knows only too well the sorts of rigours one faces when they’re the ‘go-to-guy’. He serves as a special law enforcement officer at Pascack High School, and it’s in this capacity that he saved 18-year-old Sarah Bazzini’s life.

It seemed a day like any other at Pascack High School, New Jersey. Officer Caron was going about his usual rounds, patrolling the school corridors, but little did he know his shift was about to take a turn for the eventful.

On his route he came across 18-year-old student Sarah Bazzini, who looked to be behaving strangely.

To Caron, it looked like Sarah was disorientated. She was moving quickly through the hall, but stumbling from side to side as she went.

Caron knew something was wrong as she approached. When she got close enough, she made a signal to tip the officer off to the fact that she was choking.

She’d had a piece of food in her mouth and rushed from lunch to class whilst still trying to eat. The food had made its way into her throat and, despite attempts at coughing it out, it became lodged.

When she realised the trouble she was in, she began to panic. As is so often the case when people are choking, she struggled to gather coherent thoughts and continued to get weaker with every step.

Then Officer Caron appeared in her line of sight.

She motioned to her throat to let him know the problem, and he immediately leapt into action. He performed the Heimlich maneuver and, after a few powerful thrusts, managed to dislodge the french fry that had caused the blockage.

Sarah now refers to Officer Caron as her hero. She’s well aware that things could have ended in catastrophe were it not for his quick thinking.

Officer Caron, meanwhile, downplays the praise, though there can be no mistaking how pivotal his actions were on that fateful day.

To watch the frightening scenario unfold, watch this video captured from the school’s CCTV camera below:

Well done to Officer Caron for thinking on his feet and knowing exactly what to do when the situation arose. Sarah is a lucky girl considering how things could have ended!

Share this article to pay rightful tribute to Officer Caron and his actions!