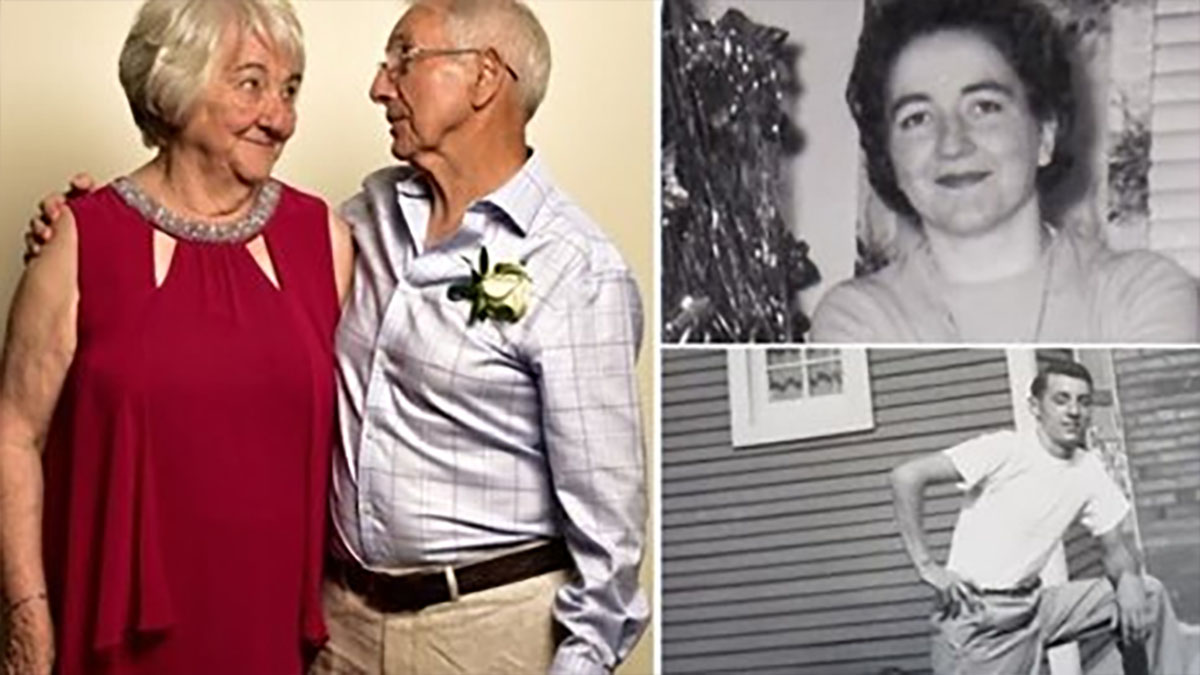 They say the course of true love never runs smooth but for one couple the course turned out to be a lifetime.

Frederick Paul and Florence Harvey were each other’s first love, dating at high school in the 1950s, but lost touch when a wedding invitation separated them.

Fred had to travel from his hometown of Newfoundland, Canada for his sisters’ wedding in Nova Scotia. After, he visited his brother in Toronto and then ran out of money so ended up living there for a year, CBC reported

By the time he returned home Florence had moved away for a teaching course, so Frederick returned to Toronto and they went their own separate ways.

The two had gone on to have children and grandchildren but had never forgotten each other.

Nearly 70 years later after both of their spouses had died the two were able to find each other again, with a little help from their brothers.

“We both have brothers in a seniors’ home in Marystown, so while I was visiting my brother, his brother was there. He said, ‘I’m gonna give you Fred’s number,’” Florence said.

Fred’s brother asked him and he agreed he could pass his number to Florence but added, “She’ll never call me.”

But Fred was wrong. Florence did call.

“I was lonely. He was lonely, so I thought, ‘Well, I’ll just call him and offer my condolences, I guess,’ because he had lost his wife the fall before and to tell him that it does get a little easier,” Florence told CBC.

The two high school sweethearts spent months calling each other regularly and sharing memories of the precious time they spent together.

“We were on the phone three to four hours at a time, four times a week,” Fred said.

The two then met up when Florence visited her son who lived near Fred.

Describing the moment he saw his long-lost love for the first time after so many years Fred said: “A few minutes later they drove in and I went out and I shook hands with her son, who I had never met before, and I said hello to his wife.

“I went around the car and Florence was getting out of the back seat, and I gave her a kiss on the cheek and held her hand and walked towards my house,” he added.

“I knew right away that she had taken my heart back again.”

Despite calls from their kids to slow down the couple started talking about getting married and shopping for rings.

I’m so happy these two were able to reunite again and realize that their love for each other had never died. I wish this beautiful couple all the health and happiness in their life together.

Help us congratulate Florence and Fred by sharing this story.