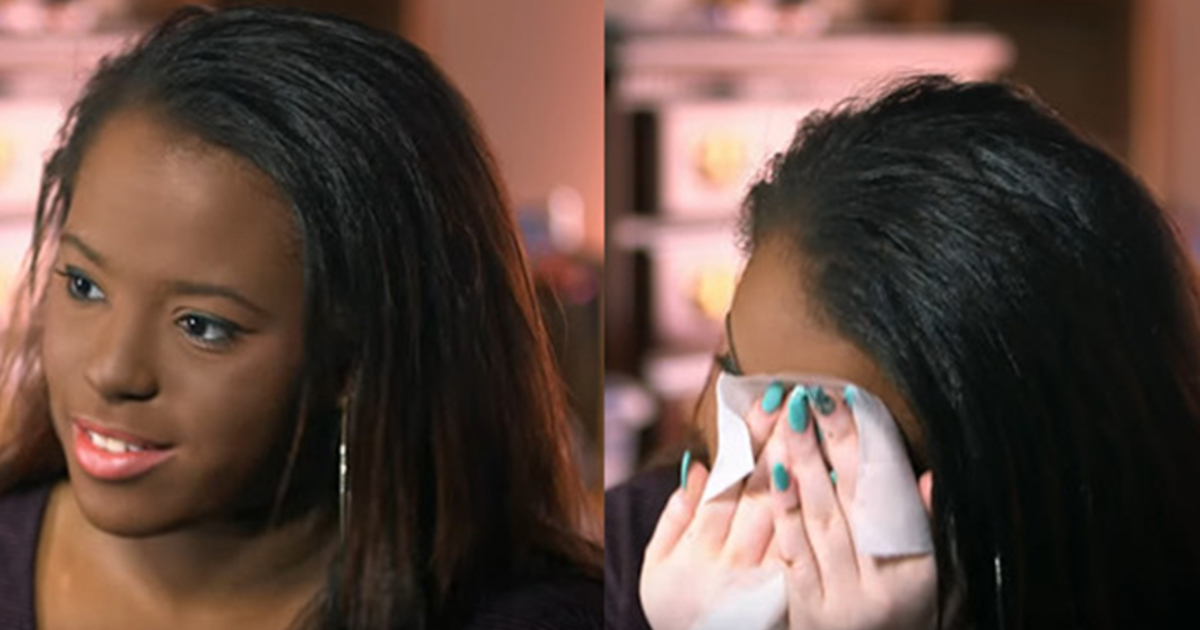 In today’s world, we’re often quick to judge others based on their appearance.

But the truth is, no one is just their looks or skin color—we’re all so much more.

Nineteen-year-old Mariah looks like any other teen—but for seven years, she hid a secret from everyone except her family and closest friends.

Fearing that people would think she was different, she covered her face with heavy makeup.

The reason? Mariah has vitiligo—a disease that causes the skin to lose color in blotchy patterns.

Unfortunately, the disease is surrounded by prejudice and ignorance. But hopefully that will change as Mariah and others like her go foward and show the world that people vitiligo are beautiful, too.

Mariah was only 11 years old when she noticed a small white spot on her finger.

At first, she didn’t think much of it. She showed her mother, who reassured her that it was nothing.

But over the next few months, Mariah discovered spots all over her body and finally went to the doctor.

“To begin with, I was just relieved to have a diagnosis. But the more I found out about it, the more I began to worry,” Mariah told The Mirror.

As she entered her teen years, Mariah had an increasingly difficult time and felt she didn’t fit in.

She would spend hours in front of the mirror applying makeup so that no one would discover her skin disease.

“I couldn’t hug people. No one could touch my face. I was always so afraid of messing up my makeup, and would check myself in the mirror constantly,” Mariah says.

But when Mariah started at the University in Baltimore, everything changed.

Being thrown into a new environment was the best thing that ever happened to her, Mariah felt.

It was also her first step toward talking about her condition and being comfortable in her skin.

Watch Mariah’s transformation as she tells her story and removes her makeup in front of the cameras:

Isn’t Mariah brave! I’m so glad that found the strength to speak out.

Please share this story with anyone you know who would inspired by this beautiful 19-year-old!