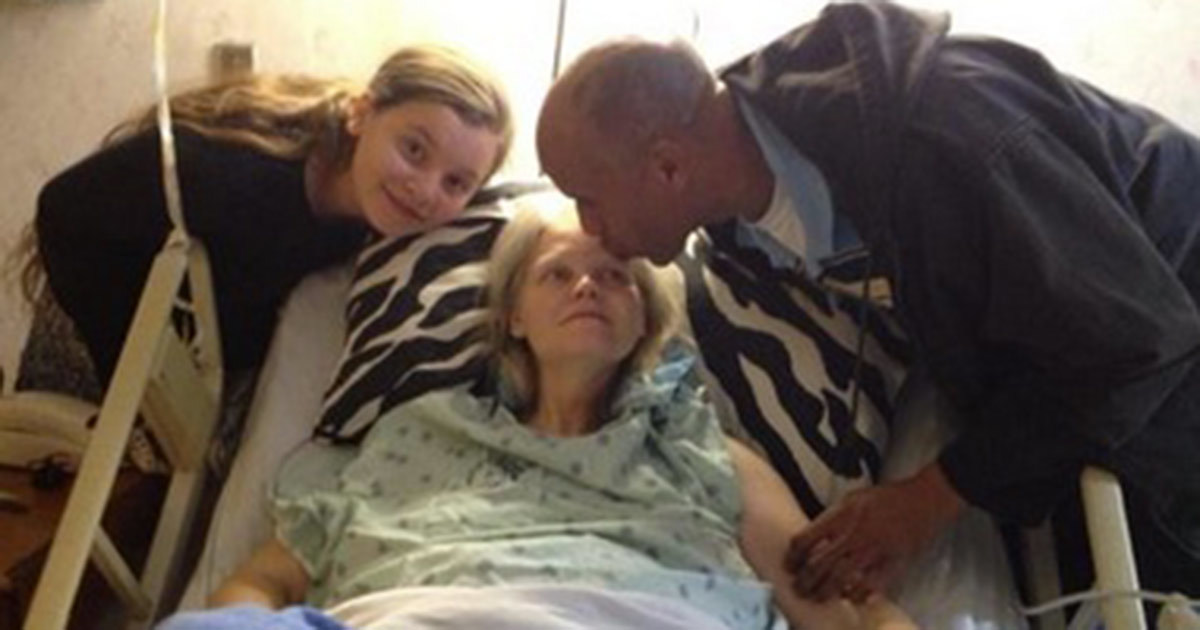 Kimberly Fugate was in her 40s, living a quiet life with her husband Craig and their ten year old daughter Katelyn. She began feeling rather ill, so she decided to see the doctor. That’s when she received the shocking, but wonderful news that she was pregnant. She also learnt that she was in her 13th week — and was carrying triplets. All this occurred without IVF.

Needless to say, Kimberly and her family were shocked and hardly expecting such a huge change in their lives. Becoming pregnant with triplets in the 40-year age range is extremely rare.

“It’s all been rather overwhelming,” Kimberly told People Magazine at the time. “But I am just trying to take everything one day at a time. I know it will all work out.”

Just before her 42nd birthday, while in her 28th week of pregnancy, she gave birth to three identical, healthy baby girls.

But as if all this were not enough, more shocking news was very, very soon on its way. While in the delivery room, the doctors discovered there was more to come.

“They had gotten the three out and they said, ‘More feet,’” Kimberly said. “I said, ‘No!’ It was an instant shock.”

But there was no doubt about it. Kimberly and Craig had quadruplets and could hardly believe his eyes. They named the girls Kenleig Rosa, Kristen Sue, Kayleigh Pearl, and Kelsey Roxanne.

The couple’s doctor James Bofill was certainly surprised by the news, saying he thought that the hospital staff was joking when they told him she had given birth to quadruplets. The odds of conceiving spontaneous quadruplets are 1 to 729,000.

One year since giving birth, Kimberly shares how happy she is to be the mother of not just three, but four little blessings.

“Just getting up in the morning and seeing the smiles on their faces, hearing them coo at me and listening to them babble at each other — the joy is overwhelming,” she says. “I know every mom is partial to her babies, but I feel like I have the prettiest babies with the prettiest smiles (…) The babies were the biggest surprise of my life, and I couldn’t imagine my life without them.”