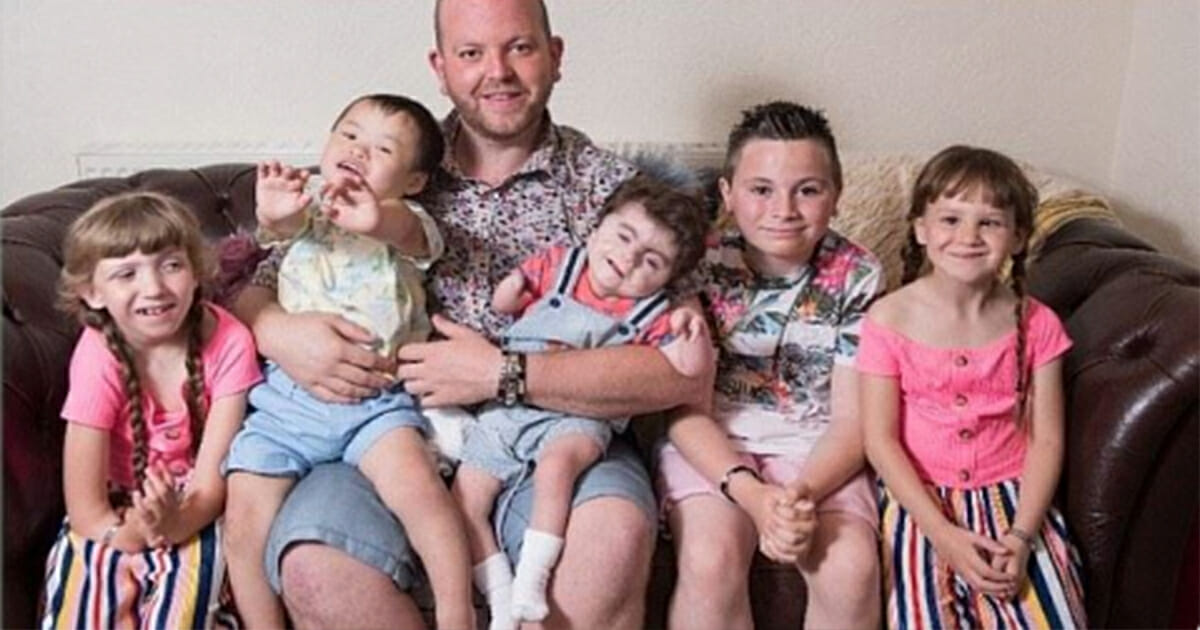 There are few things more terrible in this world than the death of a child. To lose a being so innocent is beyond cruel. My heart goes out to anyone who has ever been forced to go through such an ordeal.

It saddens me to hear that a single dad given special permission to adopt a little boy has been left heartbroken by the child’s sudden death.

According to the Daily Mirror, Ben Carpenter, dad to five children with special needs, lost his adopted son Noah, aged two, on Monday.

Ben has been referred to in the media as a ‘super dad’ before. Despite the fact he is single, he has adopted five children with special needs, giving them a loving, warm home.

35-year-old Ben said he has been left “numb” by Noah’s unexpected passing, but has drawn comfort from the kind messages of support he’s received from others.

Back in May, Ben was overjoyed to learn he’d been given special permission to adopt Noah.

“He is the most placid child I have ever cared for,” Ben said at the time.

The little boy, whose parents were unable to care for him, suffered from a rare genetic disorder called Cornelia de Lange syndrome. As a result of his condition, Noah was left with complex, life-limiting needs.

Symptoms of Cornelia de Lange syndrome can reportedly include delays in growth, intellectual disability and limb defects. Life expectancy can be shortened, though it’s not uncommon for people with the condition to live well into adulthood.

Rest in peace, little Noah. Ben, our thoughts and prayers go out to you at this most difficult of times.

We can only hope your devotion to helping children like Noah doesn’t wane.

Share this article to pay your respects to Noah, and to show Ben he’s not alone!