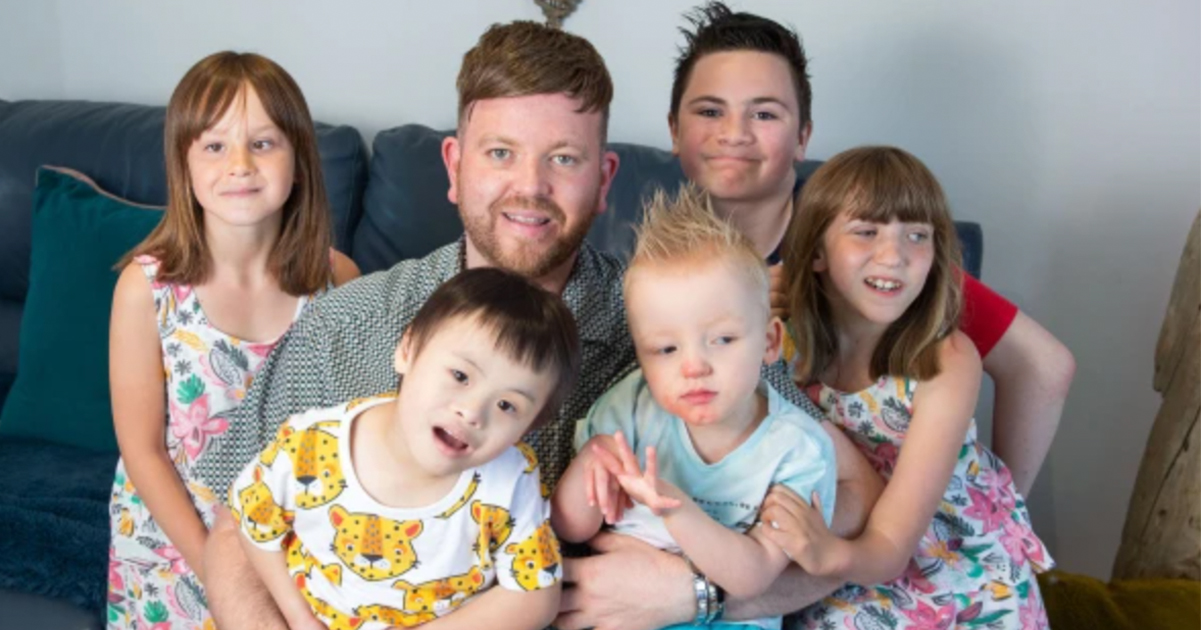 When it comes to having a compassionate heart and the will to change the lives of others in a positive way, few can compare to Ben Carpenter of Huddersfield, England.

Here at Newsner, we encounter stories of every kind on a daily basis. Some of them can leave us depressed at the state of the world. Some of them fill us with confidence. And then are those that inspire, reminding people who have dedicated their existence to doing the right thing.

A single, gay man who doesn’t get half the credit he deserves, Ben took on the enormous task of raising five children …. each of whom have specific needs.

According to reports, it was no easy thing for Ben to be be able to adopt a child. He’s single and gay, which didn’t exactly place him in the highest priority band when it comes to adopting children.

Not only that, but Ben attempted to adopt his first child when he himself was only 21 years old.

As per the Daily Mail, he told This Morning: “When I started it was much longer and I had to prove myself.”

Fast forward 15 years and Ben, now 36, has remained dedicated to the cause he deems worthwhile. In fact, he’s taken in no fewer than six children over the years, describing the process as “fun and swift”.

Ben used to work in special needs care before deciding that he had more to offer children in need. So he adopted five of them, all between the ages of two and 13: Louis, Jack, Ruby, Lily, and Joseph.

As per reports, Jack, the eldest of Ben’s adopted children, suffers from autism and obsessive compulsive disorder (OCD). Ruby, meanwhile, has Pierre Robin syndrome, a condition which affects movement in her face and arms. Her biological half-sister, Lily, is deaf, and so Ben has learned sign language. Then there’s Joseph, who lives with Down Syndrome, and finally Louis, who is blind and has cerebral palsy.

Ben said: “They are the most wonderful children, you know people say ‘the children are lucky to have you,’ but I’m so lucky to have them. They enrich my life in every way.”

Ben also adopted a sixth child, Noah, but the little boy is tragically said to have died aged two after a stomach infection that led to fatal complications.

Ben, it’s truly people like you who make the world go round. Thank you for your immeasurable kindness in raising these children.

What do you think? Doesn’t Ben deserve our praise? If you think so, leave a comment in the box on Facebook.

Meanwhile, share this article on social media to help us praise Ben.