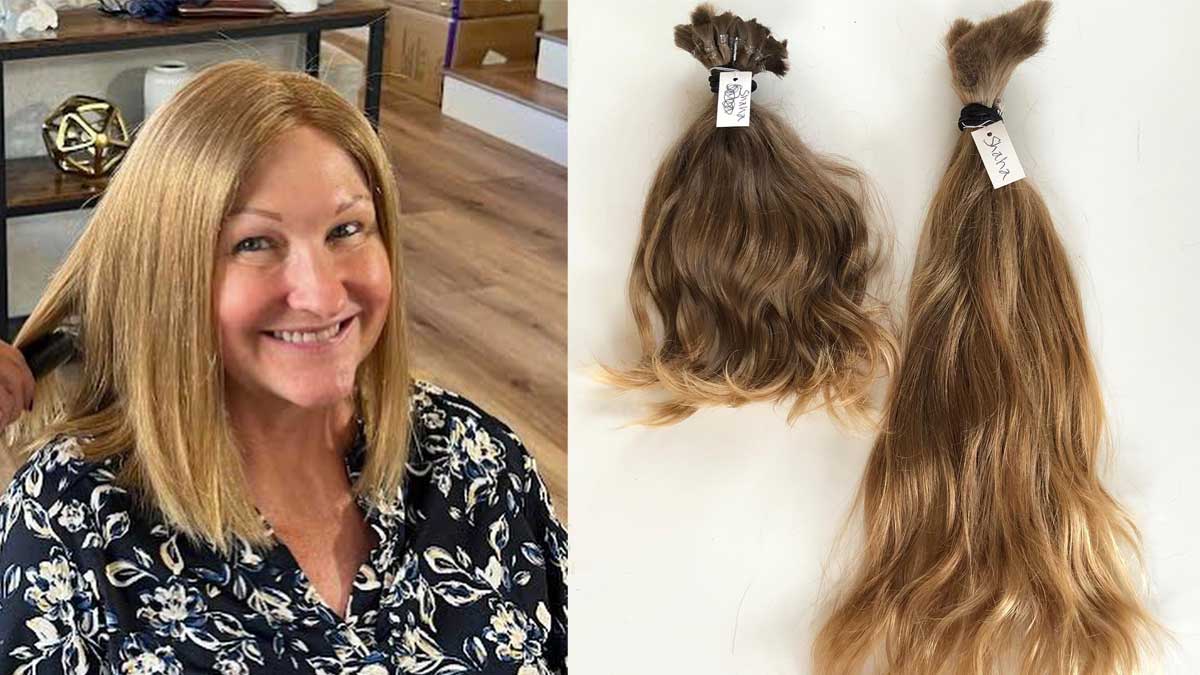 What started as a joke turned into possibly one of the best gifts a mother could ever receive from her son.

An Arizona man spent nearly three years growing out his hair so he could donate it to his mother who lost her hair after she received radiation.

“It’s a no-brainer,” Matt Shaha said. “She gave me the hair in the first place.”

For years Melanie Shaha dealt with a benign brain tumor.

She had two successful surgeries to remove it, but in 2017 when it showed up again she was prescribed radiation.

“Not having hair, you stick out like a sore thumb and well-meaning people can say things that break your heart,” she told Today. “I don’t mind being sick but I mind looking sick. I’d rather blend in and not stand out at the store.”

One day, not long after Melanie began losing her hair, her 27-year-old son joked that he would grow his hair out and make a wig for her.

While it was an extremely generous offer, Melanie didn’t want to place that kind of burden on her son.

But Matt didn’t see it that way. He spent the next two and half years growing out his hair. When his hair reached an optimal length, he and a few coworkers went to his mom’s house where they chopped his hair off.

“We were super pumped and when they started cutting, we bawled,” Melanie said.

The mother and son duo found a wigmaker who hand-stitched the hair which resulted in a lighter and more comfortable wig. Once the wig was delivered to Melanie, she had it cut and styled.

“Seeing her in it, it’s the first time I had seen my mom look like that since she lost it, so it’s been about four years,” Matt said.

Melanie, who was in love with her new look, admitted it’ll be hard to top her son’s gift. “It sure fills your emotional cup.”

Look at the joy on Melanie’s face! Even Matt is beaming with happiness. I love this for both of them and their family.