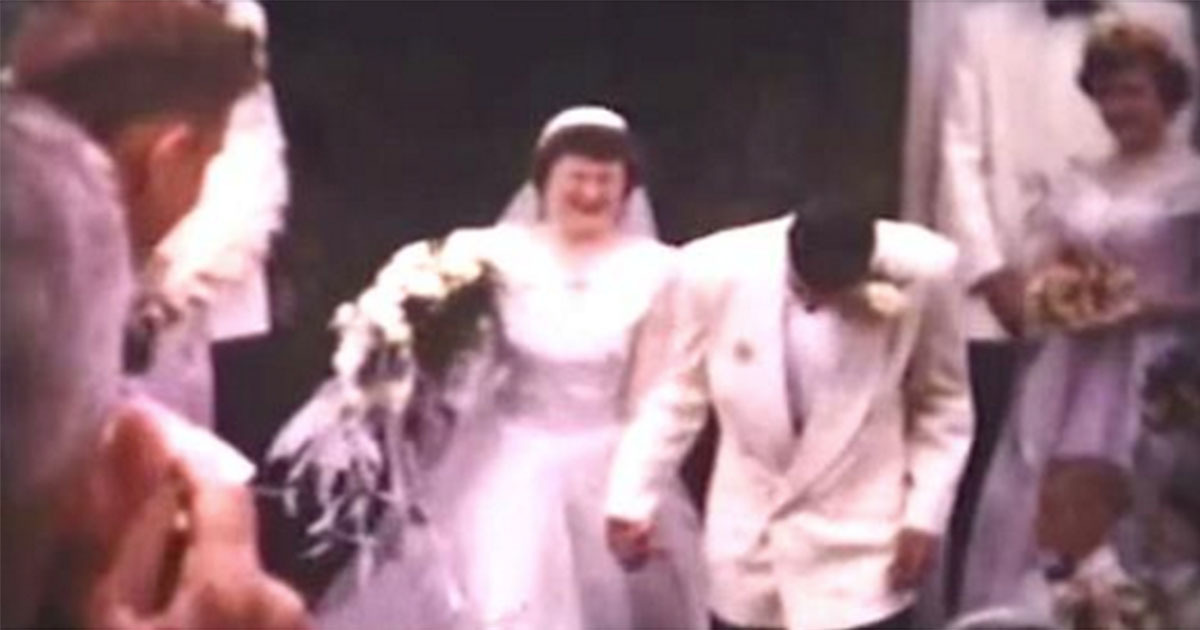 This amazing story is about Joe and Beverly Smith. When the couple was young and were in high school, Joe purchased a 1948 Plymouth convertible. But when Joe was called in to fight in the Korean War, they had to sell their beloved car. When their son, Joel, heard all about the beautiful memories his parents had had with their car, he decided to surprise them on their 60-year wedding anniversary… by giving them a 1948 Plymouth convertible. Joe and Beverly’s reaction? This is just wonderful!

Joe and Beverly Smith were the proud owners of a 1948 Plymouth Convertible when they were a young couple. They met in high school and the car accompanied them for several years. But when Joe was called in for service to fight in the Korean War, they had to sell the car.

Ever since they sold their car, Joe and Beverly maintained beautiful memories of it and spoke about all the great times they had with it, year after year. Their son Joel, who’d never seen the car himself, quickly realized how much it had meant to them.

When Joe and Beverly celebrated their 60-year wedding anniversary, the family gathered and looked at old photos from their wedding day. There was their beloved car, with a large sign on the back saying “Newlyweds” and cans hanging from the back.

It was then that Joel had the idea about how fantastic it would be if his parents could see the car again. But there was a catch.

1948 Plymouth convertibles are nearly impossible to find. In fact, Joel discovered that there were only four cars left in the world. Two were sold, one was in a museum… but after a lot of searching and perseverance, he managed to find the last car. And it was for sale on a Craigslist ad1 Joel called the owner, a 80-year old man who had no pictures of the car and had no computer. Joel asked a friend to go to the old man and take pictures and bring home the car.

It would require much cleverness and a few white lies to hide the car from Joel’s father, but with the help of a handful of friends and precise planning, they managed to fix the car and give the parents the ultimate surprise.

The plan was simple: Joel’s son planned a fake day of fishing with his granddad. Joel meanwhile would come over with the car just as they would be exiting home.

Inside Joe and Beverly’s house, Joel’s son prepared to film the moment Beverly and Joel would discover their surprise. The parents had no idea they were being filmed, when the car came towards their house.

Have a look at their reaction below:

This special car will surely stay with the family and be passed on for generations. Please share if Joel’s wonderful gift also moved you!