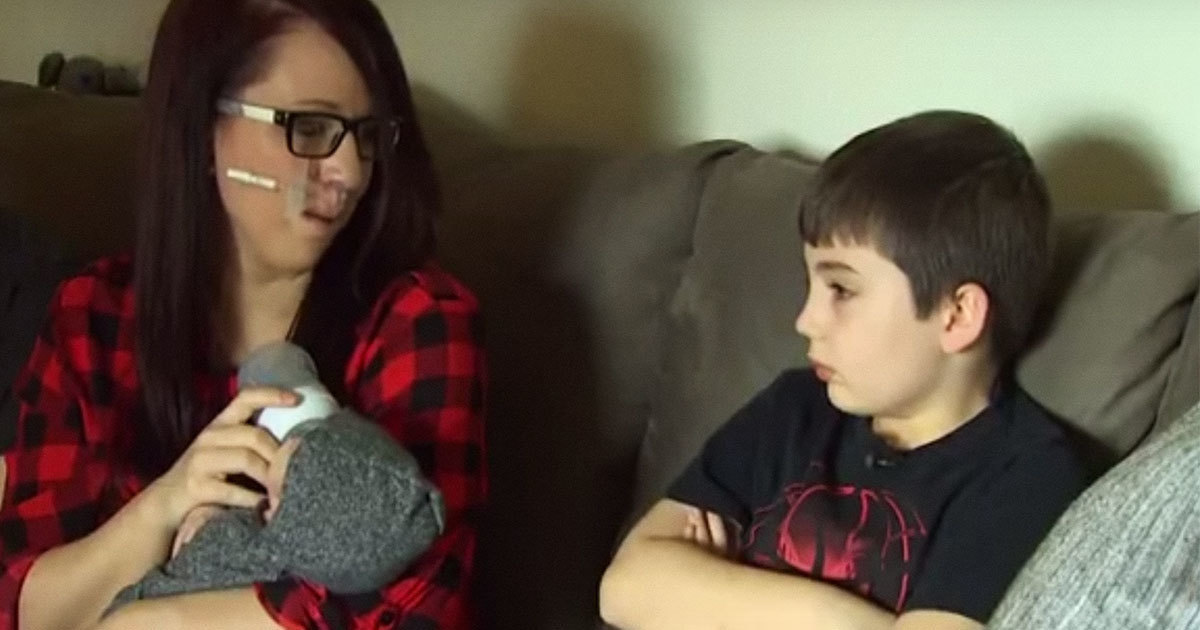 Children are not always the best listeners. They are extremely curious about so much around them that it is often difficult to keep them focused on one thing.

Mother Kimberly could certainly relate to this when it comes to her 9-year-old son Camdyn who often just isn’t listening.

And one day, Camdyn did just that. He refused to listen to his mother. Instead, he put on his shoes and walked toward the car. And it’s that simple act that would end up saving Kimberly’s life.

9-year-old Camdyn is a great son who often helps his mother change his little brother Dylan’s diapers. Nevertheless, mother Kimberly can sometimes get irritated at her 9-year-old – who sometimes doesn’t listen to her.

Then one day, he really wasn’t listening at all – something that would end up making a huge difference in their lives.

Kimberly mentioned to her son that she had pain in her chest. Camdyn suggested that they go to the hospital, but mom insisted it wasn’t anything serious, and would rather stay at home.

She said she probably just needed to lie down and rest for a while, and everything would be fine. But Camdyn stood firm.

“I kept saying that we needed to go, so I just put on my shoes and jacket and said ‘let’s go,” Camdyn says.

Kimberly eventually gave in and went off to see a doctor. Once there, they ran some tests and she received shocking news.

Both of Kimberly’s lungs were filled with blood clots, also known as pulmonary embolism. Kimberly ended up staying 7 days in hospital – and her son’s persistence is what most likely saved her life.

If I had taken a nap, there’s a good chance that things would have ended in a bad way, a terrible way, says Kimberly.

9-year-old Camdyn did everything right – he in fact suspected what was going on. One of his teachers, Timathi, received the same diagnosis and had told his students the warning signs that may appear – signs Camdyn noted when he looked at his mother.

“Sometimes it’s hard to know if the kids are listening or not, but in this case he really learned something. He is a brave boy,” says Timathi.

Children can surprise us in the best way – and they’re often listening more than we think.

In this case, Camdyn’s determination saved his mother’s life. It really warmed my heart to know that Camdyn was so attentive and stood his ground. Here them describe their feelings below.

Camdyn is truly a role model. Feel free to share this article with your friends so they too can read about this amazing boy!