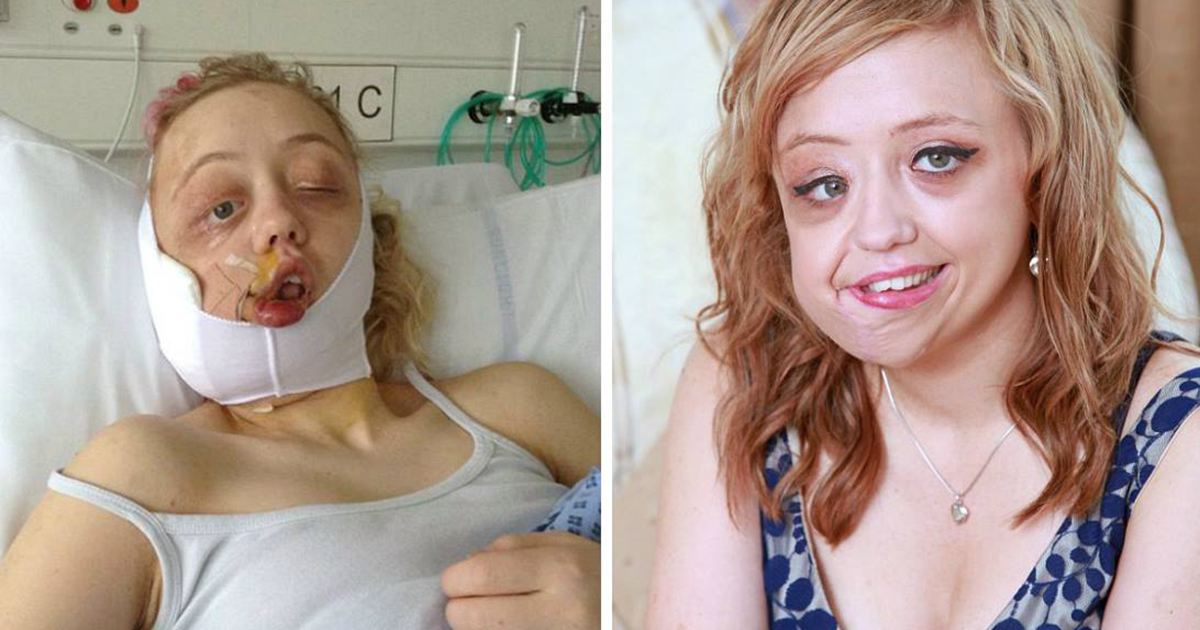 Sophie Walker has always struggled with feelings like shame and a lack of confidence.

After decades of being bullied for her looks, the 22-year-old’s self-esteem has taken a beating. But Sophie, who has a rare hereditary disease that left her face asymmetrical, keeps on fighting.

“I forced myself to go out and socialize, but I’d hide away behind a pair of sunglasses, too ashamed to let anyone see my face,” she told the Daily Mail.

Sophie Walker, from Norfolk, England, was born with a rare genetic condition called of neurofibromatosis. The disease is hereditary and her mother also has it.

According to the National Organization for Rare Diseases in the United States, the disease is “characterized by the development of multiple benign tumors of on the nerves and skin.”

Neurofibromatosis can’t be cured, and Sophie has undergone several surgeries on her face over the years to try and contain the size of the tumor.

When Sophie was younger, bullies called her “tumor girl” and teased her. She tried not to let all the heartless comments keep her from living her life and she was determined not to let the bullies break her.

The cruelty reached its climax in recent years when guys at clubs would ask to take selfies with her just to make fun of her. They would then upload the pictures online so their friends could laugh at her.

Sophie started thinking about how she’d probably have to spend her adult life alone.

“By the time I started university, my confidence was in tatters. My tumour was so heavy that it was pulling my eye down, and I’d get painful sores in the creases,” she told the Daily Mail.

But Sophie’s future was about to change.

She reconnected with an old friend named Christian Dibden. The two high school friends meant to just catch up on old times, but the friendly relationship quickly escalated.

Twenty-two-year-old Christian wasn’t like the other guys. He wasn’t ashamed of being seen with Sophie. The two of them started dating last September. Sophie felt her self-confidence coming back, and she could see a bright, happy future ahead of her.

Sophie says that men used to keep her secret and she could see how they were embarrassed when people saw that they were together.

“But I’ve finally found someone who makes me feel beautiful and loves me for who I am,” Sophie says.

What a strong young woman! Please share Sophie’s story if you also think she is an excellent role model!