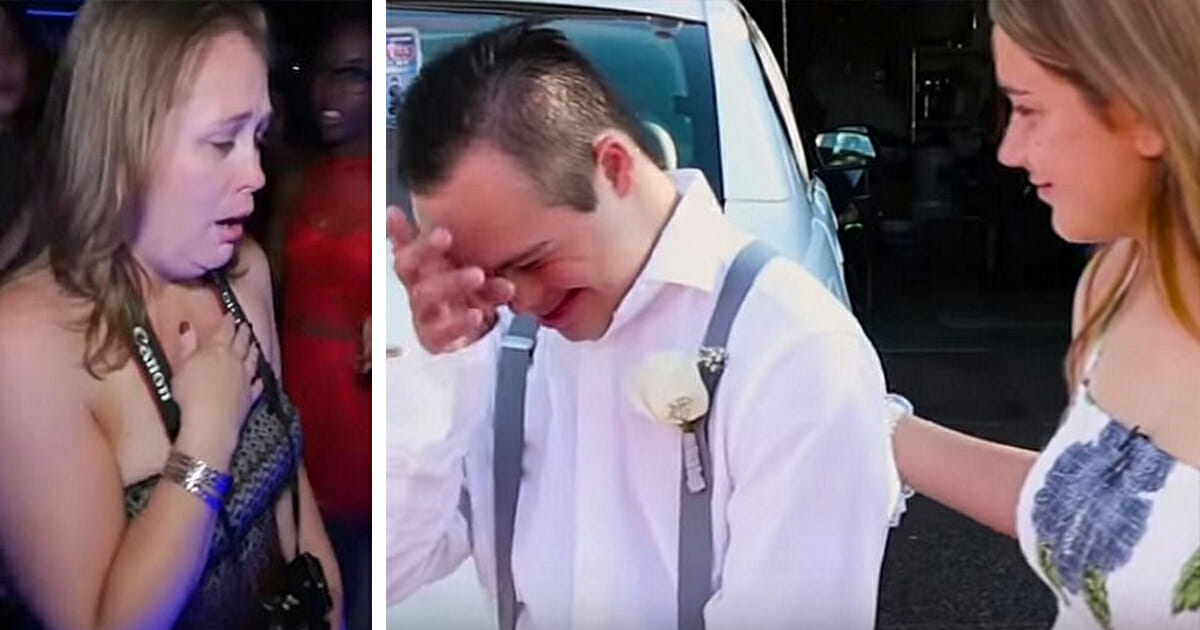 The only thing better than going to a school dance when you’re 17 is finding someone else to go with you. To ago alone – though not that big a deal in the grand scheme of things – can be tantamount to social ruin for a teenager; failure to secure a partner can therefore pose a serious threat to self-confidence.

Daniel Revis, a 17-year-old from Arizona, is the same as any other teenager. He’s happy, friendly, and full of dreams. The only difference is that Daniel suffers from Down’s syndrome.

Sadly, despite his best efforts, he was unable to secure a date for his school dance.

17-year-old Daniel Revez was looking forward to his school dance, until he realized there was no girl who wanted to go with him. This broke his mother’s heart.

Daniel had approached several girls, but all of them had turned him down.

With the day of the dance looming large, Daniel found himself more and more depressed at the idea of going alone. Then, Kylie entered his life.

Kylie had a proposal for Daniel, having heard he didn’t have a date. She asked him if he wanted to go with her.

“I don’t think of kids that have a disability as being different,” Kylie reportedly told Fox5 news. “I think of them just being a normal person, learning in a different way.”

When the word of Kylie’s fine gesture began to spread around school. someone suggested that the Fox5 TV channel send a surprise team to the homecoming dance to do a feature on the pair.

Kylie and Daniel had just taken the usual pre-dance photos when Fox5 sent a Rolls Royce to take the couple to the dance in fine fashion. That wasn’t all, though. On the way, they made a pit-stop at a luxury restaurant where the pair could eat together alongside Daniel’s mom.

That wasn’t the end of it, though. No, after Kylie and Daniel had their fun at the homecoming dance, Fox5 revealed that they were sending them both to Disneyland with their families.

Below, you can watch the full feature from Fox5 – see Kylie and Daniel have the night of their lives.

Well this certainly warmed my heart. It just goes to prove the old adage ‘the more you give, the more you get back’.

Please share this article with friends and family to show there’s still good in the world.