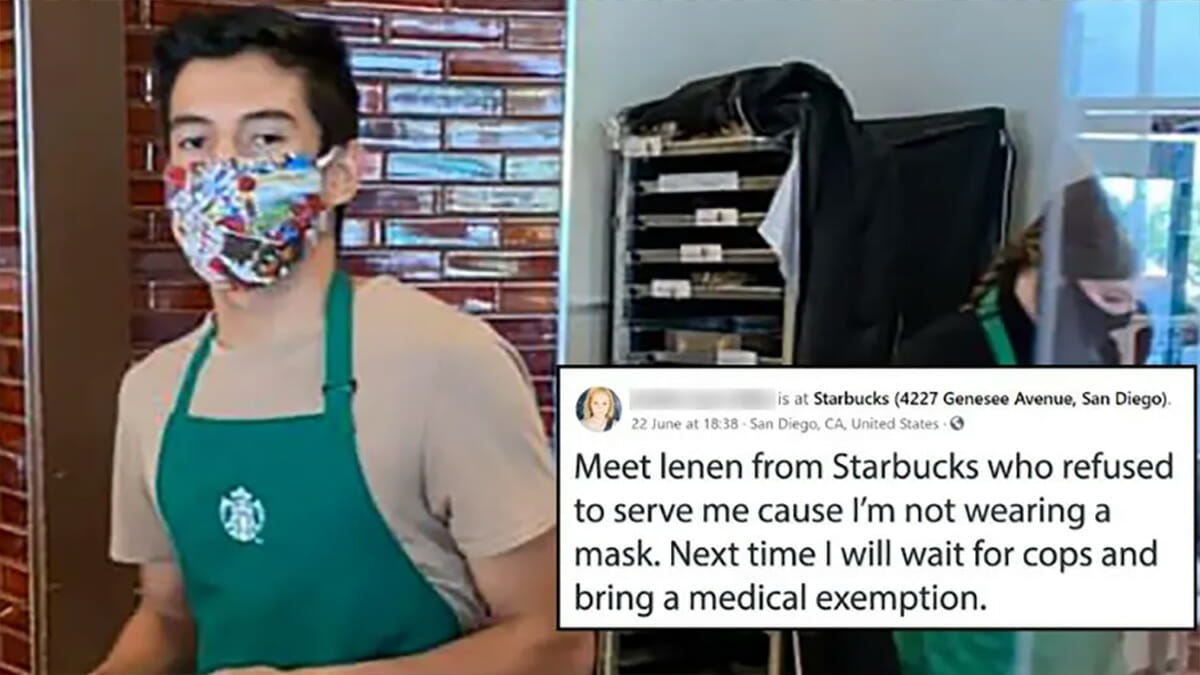 A Starbucks barista who stood up to a customer who refused to wear a mask while in the cafe has been rewarded with a tip beyond his wildest dreams.

The woman was so outraged after being told by server Lenin that she had to wear a mask, she posted his picture on social media with the words:

“Meet lenen [sic] from Starbucks who refused to serve me cause I’m not wearing a mask. Next time I will wait for cops and bring a medical exemption.”

But her Facebook post backfired as thousands commented and shared showing their outrage at her words and branded her a ‘Karen’.

Calling someone a ‘Karen’ has come to define any woman who throws a tantrum or complain over the slightest inconvenience, who uses tears to get what she wants or who calls the police should say a black man ask to leash their dog in Central Park, CNN reports.

Some regard the term as sexist as there isn’t a male equivalent.

In this case the Starbucks customer was asked to follow safety precautions and wear a mask for the few minutes it took to order and she refused.

She was asked to wear a mask but said she didn’t need one, “started calling people sheep and left,” Lenin said in a Facebook video posted on her feed, making it clear his views had no relation to Starbucks.

“Within a few minutes she came back and asked for my name, she took a photo of me and said: ‘I’m calling corporate’ and started cussing some more at everyone and just left.”

Her post shaming Lenin has so far attracted more than 130,000 comments, with the majority in support of the young worker and thanking him.

One commenter wrote: “Are you really crying cause you had to wear a mask for 10 minutes to get coffee then leave? Is it really that hard? Just wear the mask, get your coffee then take it off when you leave Karen, Jesus Christ.”

‘Faced with a Karen in the wild’

Meanwhile, a GoFundMe page has been set up called: “Tips for Lenin standing up to a San Diego Karen,” which has raised over $28,000 for him with more than 1,200 people donating.

“Raising money for Lenin for his honorable effort standing his ground when faced with a Karen in the wild,” the crowdfunding page reads.

Following his dreams as a dancer

When the fundraiser hit $10,000 Lenin recorded a thank you message also reminding people to be kind to each other, love each other and “wear a mask.”

Lenin said that before lockdown, he taught dancing to children, and would be using the money to fund these “dreams,” Upworthy reports.

This young man is a credit to his community, standing up for what’s right isn’t always easy and takes courage.

Please share to show your support for this fine young man and wish him well in following his dreams.