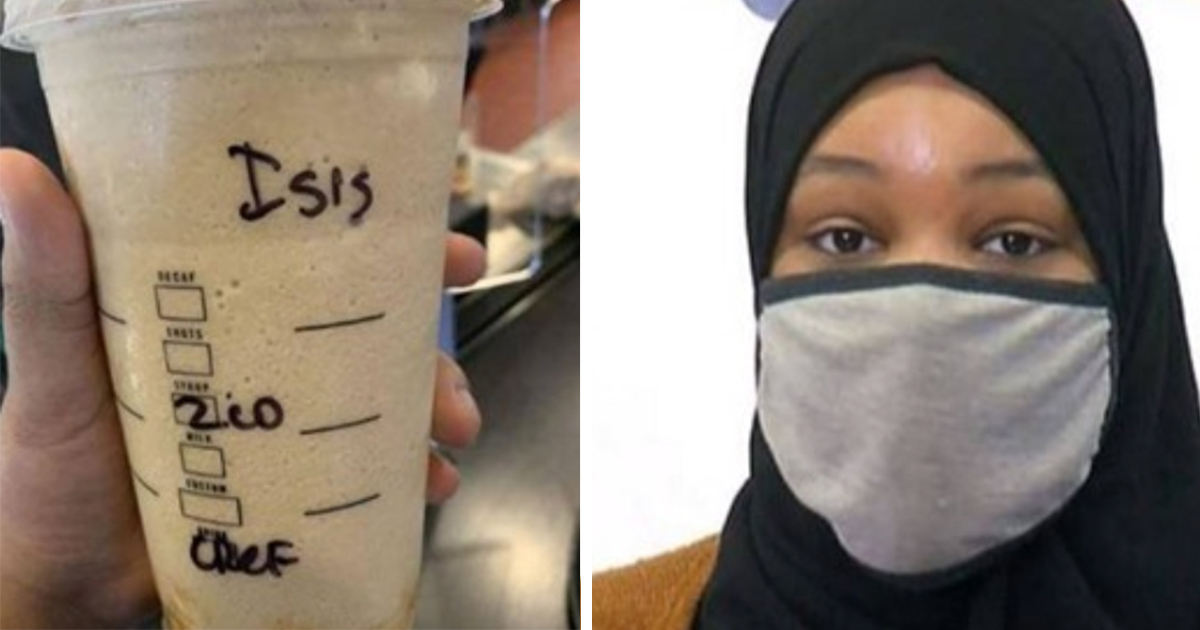 A Muslim woman has described how she was left “humiliated, enraged and belittled” after a Starbucks barista wrote “ISIS” on her cup.

As per reports, the customer, named Aishah, ordered a drink at a Starbucks located inside a Target in St. Paul, Minnesota, on July 1.

However, the 19-year-old was left utterly stunned when she was handed her coffee and saw what had been written on the cup’s side. The chain’s standard practise dictates that it should have been her name, but she says the barista began writing before she’d even finished saying it.

“When I first received the drink I was in shock that in this day and age something like this could be written,” Aishah said on Monday, during a press conference held at the Minnesota chapter of the Council on American-Islamic Relations’ (CAIR-MN) offices in Minneapolis.

“I felt humiliated, I felt enraged, I felt belittled.”

Given that ISIS is the acronym commonly associated with the Islamic State terrorist group, one would think Aishah would be within her rights to complain. The manager of the store, however, defended the staff member, replying: “What’s the issue? People get their names wrong all the time.”

Reports say the teenager was given a new drink and a $25 gift card, but she now wants the barista and manager to be fired.

She told the Sahan Journal: “I felt a lot of emotions because we’re at a time when people are protesting injustice all over.

“All these protests and all these people who are using their voice for a change. To me, it felt like in that moment, we’re doing all of this for people who don’t even care, or who are going to look the other way.”

A Target spokesperson said of the incident: “We are very sorry for this guest’s experience at our store and immediately apologised to her when she made our store leaders aware of the situation.

“We have investigated the matter and believe that it was not a deliberate act but an unfortunate mistake that could have been avoided with a simple clarification. We’re taking appropriate actions with the team member, including additional training, to ensure this does not occur again.”

I don’t know about you, but I think this is completely unacceptable. It seems like far too much of a horrid coincidence that this girl would have ISIS written on her cup.

Share this article if you think the staff member and store manager should be fired.