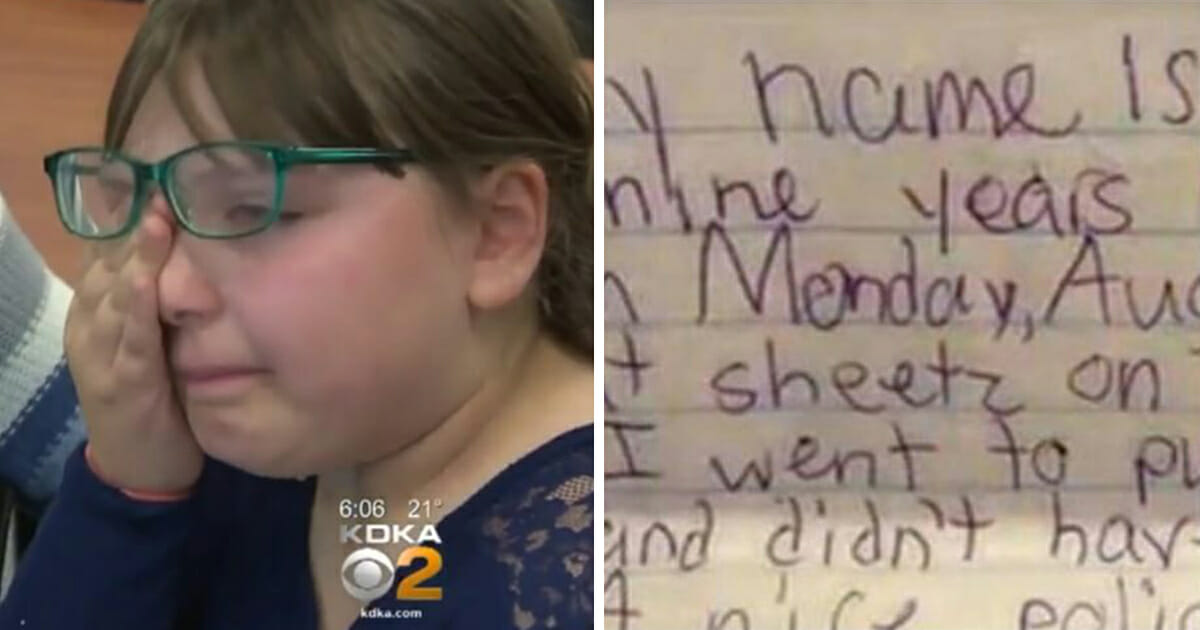 Police officers and donut shops go together like salt and pepper. Or at least that’s what Hollywood would have you believe.

In actual fact, not every officer who ever lived is addicted to donuts (shock, horror), but rather donut shops were apparently one of the few places open late at night when cops first began to patrol in cars instead of on foot. As a result, they made a handy place to stop for emergency calls, filling out paper work or simply grabbing a snack and some coffee.

Since then, they’ve developed something of a reputation for being a popular haunt of police officers. It’s a good thing, too, where this story is concerned.

9-year-old Brooke was standing in line one day, waiting to buy some donut holes. But when she got to the cashier, she discovered that she didn’t have enough money …

As it turns out, there was a kind stranger waiting behind her – State Trooper Chad Savannah.

Most of us have been there: You place an order, reach the cashier and realize you don’t have enough cash. 9-year-old Brooke described the moment in a way we can all relate to.

“I was standing in line and I didn’t have enough money and I’m like, frozen,” Brooke said to the Butler Eagle. “I didn’t know what to do.”

Fortunately, Trooper Chad Savannah was behind her in line and, without missing a beat, told the cashier to add Brooke’s order to his bill.

Brooke was caught off-guard by the kind gesture and, as many young kids would in her position, she hurried out of the store after receiving the donuts.

But when Brooke got home she was able to collect her thoughts, and decided to write a ‘Thank you‘ note to her local police department, expressing gratitude to the unknown trooper for helping her. Along with the letter, she enclosed a $10 bill to cover the cost of the donuts.

The letter was passed on to the kind state trooper who had helped her. Trooper Savannah and his colleagues were all moved by the little girl’s gratitude.

“I think everybody here was very moved by the kidness of this 9 year old,” the captain of the police department told KDKA News.

The officers decided that Brooke deserved a reward, and gathered some money together to purchase a $50 Toys R Us gift card for Brooke. They mailed the card to the little girl and figured she would buy some toys for herself.

What she did instead took them by surprise. She purchased $50 worth of toys with the gift voucher and donated them to Toys for Tots.

When the police found out about Brooke’s generous donation, they decided that she deserved even more of a special treat. They invited her to the police station, where she was given a full tour. Her favorite part of the day was getting to sit in the squad car.

Brooke’s family says that Brooke acted completely on her own, and that her thoughtfulness was not out of character at all.

“We’re trying to teach our kids right. To take care of what they owe for,” says Brooke’s mom Beth Yost to KDKA News.

Brooke is certainly a role model to all of us – we could all be a little more kind and selfless. You never know whose day you could change for the better!

Share this story with your nearest and dearest on Facebook if Brooke’s kind gesture made you smile!