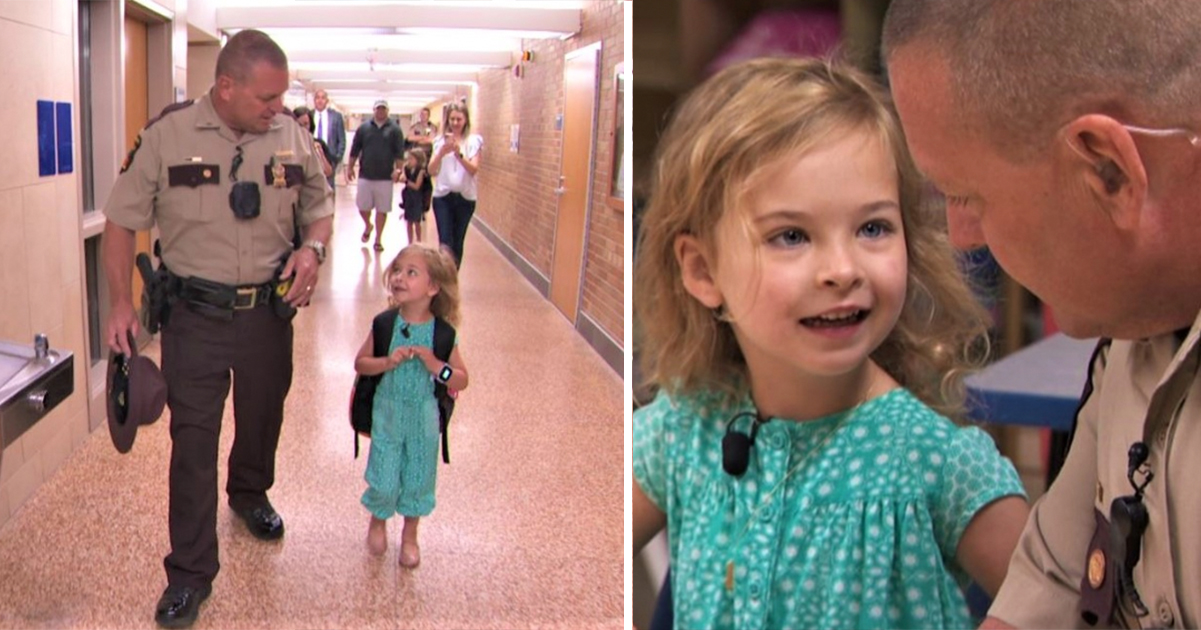 With so much grief and despair in the world, it seems all too easy to forget about the everyday heroes who strive to make it a better place.

Firefighters, doctors, nurses and police officers – as well as plenty more – so often sacrifice their own comforts to provide aid to others. They’re always found where they’re needed most, tirelessly working to save lives, and always have to be ready to jump into an emergency situation.

For them, being in the right place at the right time can sometimes be the difference between life and death for someone.

It certainly was for Elise Longsbury.

As per reports, little Elise was just 6 weeks old when she almost lost her life. It all started when the baby girl woke up listless. Panicked, her mother, Kristin Lonsbury drove her daughter to hospital, only to be startled by choking sounds coming from Elise’s car seat.

Kristin steered the car to the side of the Interstate near downtown Minneapolis, Minnesota, and pulled her daughter from the seat.

“We were on the side of the road in the weeds. She was unconscious; I could not get her to wake up,” Kristin said.

“I had thought, in that moment, my child was dying.”

Luckily, help was at hand. A nurse, Virginia Marsh, happened to be driving by as Kristin stood at the roadside, while a State Trooper, Lt. Paul Stricker, also pulled over to offer assistance.

“It’s one of those things that I’ll never forget about,” Stricker, a veteran trooper, said.

“Something touched all of us that day that made our paths cross for the right reasons and it was a blessing.”

Paul and Virginia kept Elise alive until an ambulance arrived to rush her to the hospital. There, she spent five days in hospital – the source of her breathing problems turned out to be a virus, which she later recovered from.

One year after the incident, Lt. Stricker wrote Elise a touching letter. It included the promise:

“While you are too young to understand. I will always be here for you as your guardian.”

Indeed, it would appear Elise has a friend for life in the State Trooper.

Which is why it was so heartwarming when Paul escorted Elise to her first day of school five years after helping to save her life.

As per reports, Stricker made Elise a special badge, a miniature replica of his own, and it’s become Elise’s most prized possession.

On her first day of kindergartner, with Stricker by her side, Elise wore that badge with pride.

“To have Paul here is really special for her,” Elise’s mom said. “I hope she never forgets the moment.”

“To see her as happy as she is today is pretty special,” Stricker said.

What a brilliant gesture! Thank you, Paul, for selflessly stopping to save a life, and for continuing to be there for Elise.