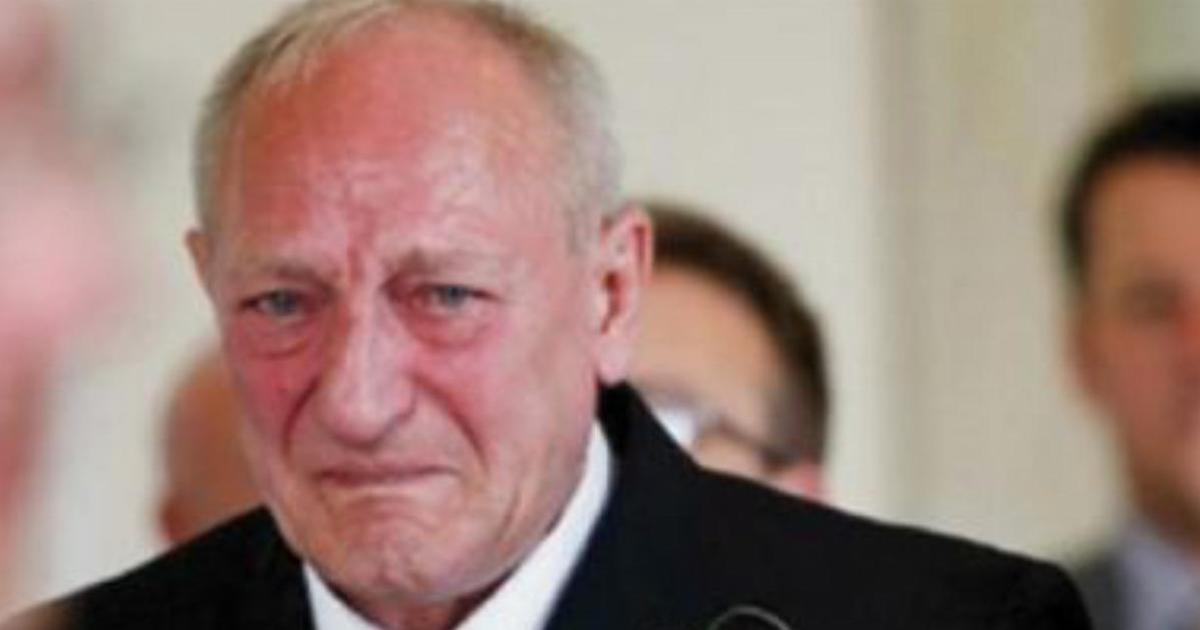 If you live with a partner who is responsible for making you feel bad about yourself — they don’t belong in your life.

But sometimes the fear of loneliness is greater than the pursuit of happiness and we stay in a relationship for too long. Even if it’s making us feel bad.

To find courage to break away from a destructive relationship is not always easy, but the man in the story below was pushed to the point where it eventually became unsustainable.

He wrote about his situation on a Reddit forum and soon received support from thousands of strangers who had read his post.

This is what the man wrote:

My step-daughter will be getting married on August 3rd. The wedding planning has consumed most of her and her mother’s life (I say her mother because we aren’t married, though we’ve lived together for 10 years) for the past six months.

From time to time her deadbeat father would pop into her life and she would fawn all over him. Although he has not contributed a cent to her education or paid any child support, though that is my girlfriend’s fault as c.s. was not part of the settlement, she still loves him and wants him in her life. He stays long enough to break her heart by skipping town and breaking some promise that he made her.

The wedding venue holds 250 people max. I gave them a list of 20 people that I wanted invited, you know, since I was paying for everything. They told me that was no problem and they’d take care of it. So I let these people know they’d be getting an invite and they should save the date. Saturday, I saw one of my friends on this list at the golf course and asked if he was coming. He told me that he wasn’t invited. He told me that he got an announcement, but not an invitation. He had it in his back seat (along with probably six months of mail) and showed it to me. Sure enough, it was just an announcement, and my name was nowhere on it. It had her dad’s name and her mom’s name and not mine.

I don’t think I have ever felt so angry and so disrespected. I was shaking. I took a few seconds to gather my composure, because I honestly wasn’t sure if I would cry or start throwing punches or both. Once I was sure I’d be able to speak I got up from my chair and said I’d like to make a toast. I can’t remember exactly what I said but the gist of it was this:

“I’d like to make a toast.” The sound of spoons against glasses ring in my years. “It has been my great pleasure to be a part of this family for the past ten years.” Awe, how sweet. “At this point in my life I feel I owe a debt of gratitude to bride and groom, because they have opened my eyes to something very important.” Confident smiles exchanged. “They have showed me that my position in this family is not what I once thought it was.” And now a glimmer of confusion and shock begins to spread on the faces in the room. “Though I once thought of myself as the patriarch or godfather of the family, commanding great respect and sought out for help in times of need, it seems instead that I hold the position of an ATM, good for a stream of money, but not much else. As I have been replaced as host, both on the invitations and in the ceremony, I am resigning my financial duties as host to my successor, Real Dad. So cheers to the happy couple and the path they have chosen.” I finished my drink. “You all can let yourselves out.”

Is this selfish? I’m supposed to shell out 40 — 50 grand for a wedding that I can’t invite anyone to? That I am not a part of? I’m so done with this crap. I’m done with my step-daughter, I’m done with my GF. I transferred the money out of our joint account last night. (she has not had a job since she moved in with me) This morning I called all the vendors I had written checks to for deposits to refund my money. At present it looks like I’ll lose around 1500, for the venue, but the other vendors have been great about refunding.

EDIT: June 9th 1:15 am. Girlfriend and Bride are now moved out. They are moving in with the groom. It was very hard not to be petty with some of the “belongings” they took with them, but it’s done and I switched out the locks and now it’s time for a brew. I can’t believe how popular this story got, but I feel good to be given support by so many. If I find out what happens with the wedding, I will let you know, but I can’t guarantee that I will put in the effort to find out. From what I’ve heard they are trying to “scale things back” and get his parents to help out. GF burned bridges when I found out she tried to write herself a check on our joint account the day after the unpleasantness. By then I had already moved money, so I guess I’m a bigger ass than her, but I could feel it coming. That’s all. Thanks.”

If you don’t feel like you’re being appreciated in a relationship, it’s very likely you never will.

Your partner won’t change overnight, so I think this man was doing the right thing!

What do you think? Feel free to share this story on Facebook if you think this stepdad made the right decision!