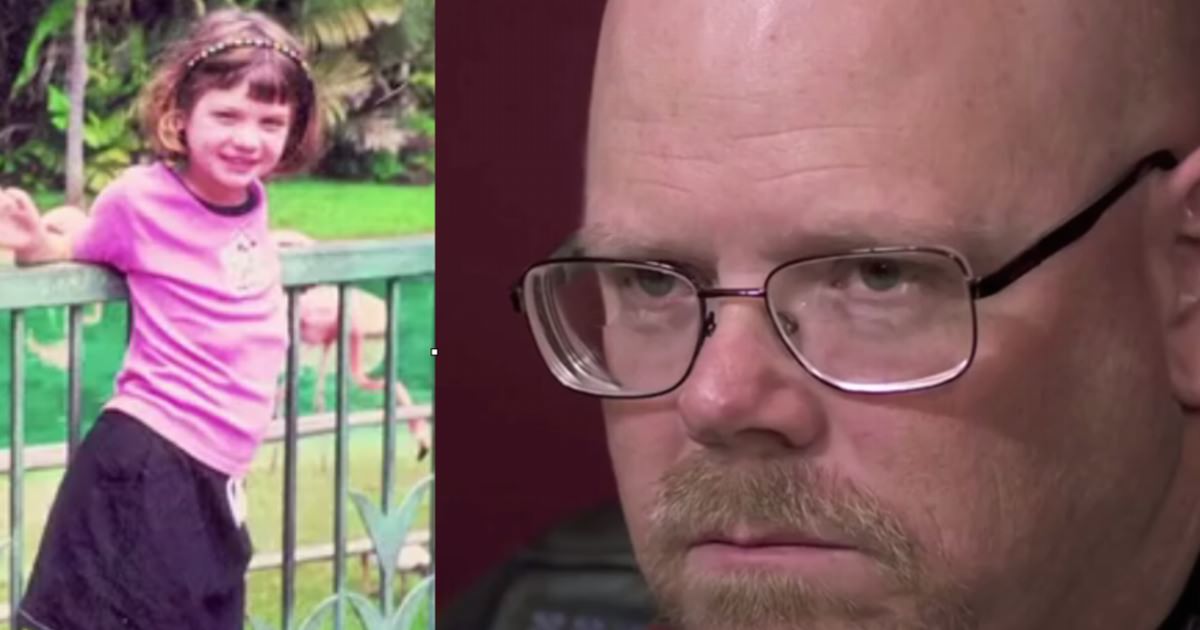 This story begins terribly — with something that no child should ever have to suffer. Ever.

“Jennifer”, whose name has been changed to protect her privacy, was only 10 when her nightmare began.

Jennifer was a happy, lively, and brave little girl. But when her mother remarried, things quickly deteriorated.

She was only 10-years-old when her stepfather began to beat her. She was also sexually abused and raped.

Due to the abuse she was suffering, Jennifer began experiencing numberous problems in her life. She stopped eating, couldn’t sleep, and was constantly terrified.

“It was the worst time of my life. I gave up and I think everyone saw it,” Jennifer tells Yahoo.

But Jennifer, who had always been tough inside, somehow managed to find the strength and courage to tell the truth.

At age 12, she went to her mother and revealed what her stepfather was doing.

Her mother immediately reported her husband to the police, but it would take over 3 years before his trial would begin.

Despite that her abuse had been uncovered and her stepfather was arrested, Jennifer and her family felt they still couldn’t find peace.

Jennifer meanwhile tried to prepare herself mentally to testify against her stepdad, but she felt weak. She had suicidal thoughts, was terrified, and still suffering from insomnia.

She didn’t dare take off her clothes when she showered, and constantly checked to see that every door and all windows were locked.  When she did manage to fall asleep, she was tormented by nightmares.

It was then that she met motorcycle rider Tombstone.

Tombstone is a member of the Los Angeles’ BACA, that is, “Bikers Against Child Abuse”.

Their role can be anything from guarding a house to participating in lawsuits, to guiding children through therapy.

Children are given a contact at the organization and can call them 24 hours a day around if they feel afraid.

In Jennifer’s case, members of BACA guarded her house 24 hours a day, so that she could sleep safely and not have to worry.

When it was finally time for Jennifer to testify against her stepdad, the bikers were in place.

They did not let the young teenager stand alone in the witness box as she was forced to confront the man who tormented her for years.

In the presence of the big, strong bearded bikers, Jennifer felt confident enough to tell the jury and judge everything that had happened.

Thanks to her testimony, her stepfather was sentenced, receiving a long prison sentence.

But her new friends did not abandon her once that was over. They are a part of her family now, forever.

At times, the bikers accompanied her to school and they were always a phone call away.

And when Jennifer graduated, members of Baca were there to help her celebrate.

Thanks to the support of BACA, Jennifer has recovered very well.

Nowadays, she tries to put the past behind her, but she still wanted to tell her story and celebrate the people who refused to stand and do nothing while she was scared and vulnerable.

I was even happier when I heard Jennifer is now studying and working. Her future looks bright!

Watch Jennifer’s story in the video below:

Unfortunately, there stille exists a stereotype that all bikers are gangsters or criminals.

But as always — it’s best not to judge. There are thousands of good people out there trying to make life better for others — and some of them wear leather, have beards and ride bikes.