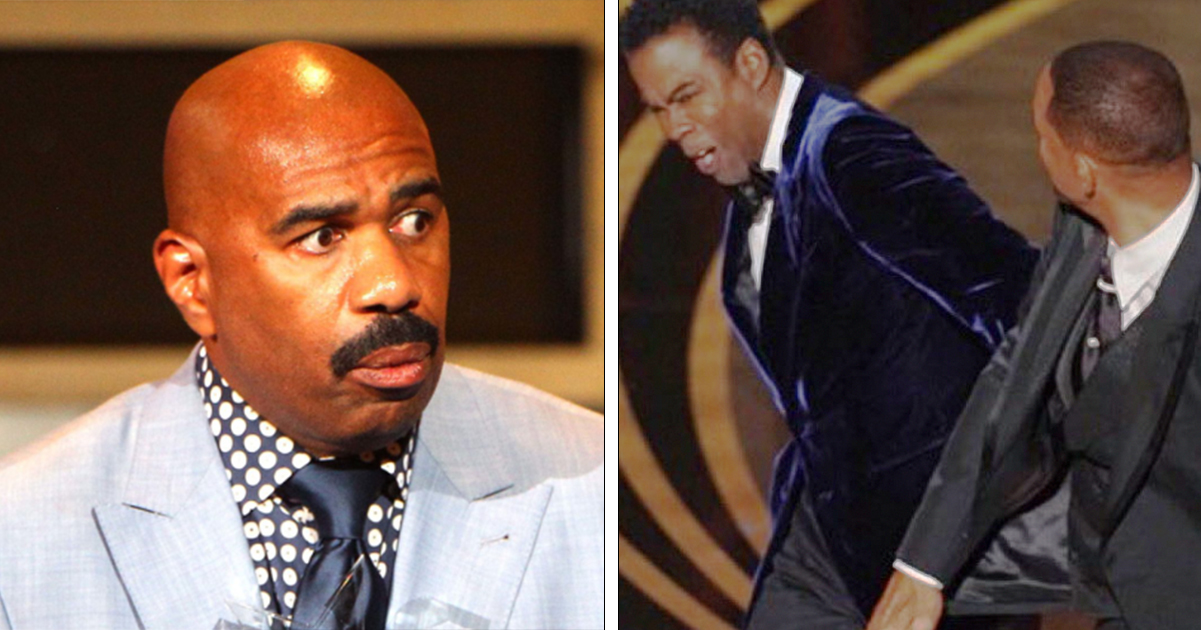 Steve Harvey has gone on record as saying that he lost a lot of respect for Will Smith after the actor slapped comedian Chris Rock at the Oscars.

Smith went viral after delivering the slap when Rock made a joke concerning his wife’s alopecia. The incident proved to be the biggest talking point of this year’s Academy Awards, with hundreds of thousands of people across the world condemning Smith’s actions.

Amongst them, it would seem, is celebrated TV host Steve Harvey. He labeled Smith’s slap a “punk move”, suggesting that he only did it because he knew there would be no repercussions during the live broadcast.

As per Yahoo, Harvey said: “I lost a lot of respect for him.” He is said to have told an audience of a few dozen law students and more than 100 others who came to hear him speak at Georgia State University on April 25.

“That’s the level of Christianity I can work on. You slap [Pastor] T.D. Jakes, he’ll turn the other cheek. You slap me? If you sit back in your seat, Jada [Pinkett Smith] would have to move out of the way. That’s the type of Christian I am.”

The fallout of the ‘slap heard around the world’ has been long-lasting indeed, and Smith is certainly facing the consequences. The King Richard star, who accepted an Oscar on the same night he slapped Rock, apologized to both Rock and the Academy of Motion Picture Arts and Sciences.

Smith also resigned from the organization, shortly before officials banned him from academy events for the next decade. He was, however, permitted to keep his Best Actor Oscar.

An article by Spanish newspaper Marca says that Smith’s decision to defend his wife’s honor has not brought the couple closer together, but instead driven a wedge between them. The pair have been married some 20 years, but speculation in the last few years has suggested they’ve had to work hard on their romance.

Rock, meanwhile, appears to have taken the slap in his stride. It is unclear whether or not he knew Jada Pinkett Smith was suffering from alopecia when he made the joke about her having no hair.

I still don’t know what Will Smith was thinking when he decided to get up on stage and slap Chris Rock at the Oscars.

Do you think his actions are at all excusable? Let us know thoughts in the comments box if so.

Meanwhile, share this article if you agree with Steve Harvey that what Smith did was a “punk move”.