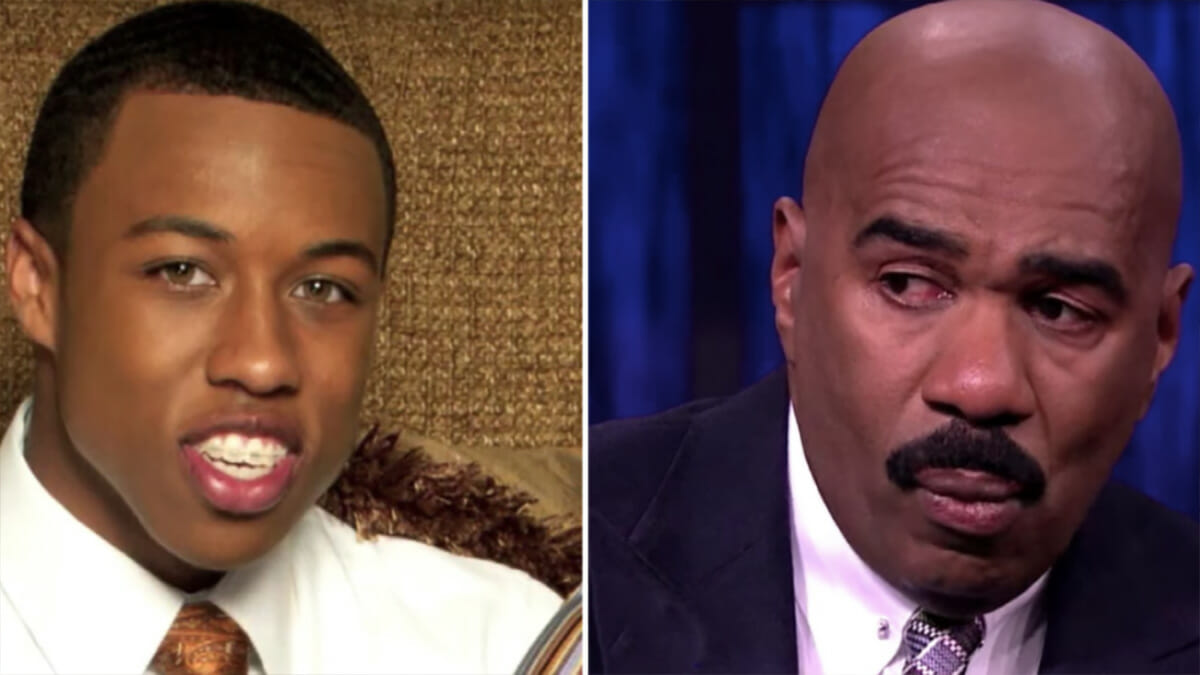 Comedian and TV presenter Steve Harvey has a true story of rags to riches, and one that many people don’t even know about.

These days he is considered one of the most influential celebrities in America, but few are aware of the grinding journey he had to embark upon as he fought for his dreams, enduring some dire situations and circumstances on his way to the top.

Born in West Virginia to a coal miner, Steve Harvey didn’t have a lot growing up. When he did set out to forge a career he had to fund his dream with a string of jobs including being a mailman, carpet cleaner and even a boxer.

After his divorce from his first wife, he was sending his pay checks from his standup comedy gigs home to his kids, leaving him with hardly any money. As a difficult consequence, he found himself homeless.

Steve Harvey then lived in his car for three years, turning a cooler into a makeshift fridge and showering in gas stations and at swimming pool facilities.

“One or two gigs fell through, and suddenly I was homeless…I had nowhere to go…It was so disheartening… A week is really the maximum you can do. This was three years!” the comedian once explained to PEOPLE.

He spent most of the 80s struggling to make a name for himself, before the hardworking comedian got his big break after making it to the final of the “Johnnie Walker National Comedy Search” in 1990. Soon after, he became the host of late-night series “Showtime at the Apollo.”

Harvey was blessed with four children from his first two marriages and, through his third marriage to Marjorie Bridges, he went from being a dad of four to a dad of seven.

He adopted Marjorie’s children and took on an extended family, which can’t have been easy to step into. But little did Harvey know just how much he meant to the children he adopted.

Appearing on Harvey’s show for a special birthday surprise, each of his seven children shared their favorite moment with their dad, but it was Harvey’s stepson Jason who moved the funny man to tears.

“You took my mother,” Jason began. “But you gained a whole lot more with that. You gave me your last name, and that’s the unthinkable.

“My father, you know, he did what he could, but he wasn’t there. And you stepped in and you gave me that.

“If only you knew the true amount of love that I have for you… I need for you to know that now. It don’t get no better than you, Dad. You it.”

Harvey held his head in his hands as he wiped the tears from his eyes. He looked both shocked and heartened by Jason’s comments. As the camera panned to the viewing audience, there wasn’t a dry eye in the house.

After his children had shared their special memories of their father, Steve’s wife paid tribute to her loving husband.

When his family had finished their tributes, Steve struggled to get his words out through the tears.

“I got 4 full-time jobs for them. So that when I am done, I want you all to just have remembered that somebody cared more about you than himself,” he said, pausing while he composed himself.

“I will defend your honor until the day I die, I love you all, this is what it is for me. This is the greatest moment I’ve ever had. I’m very proud to be your father.”

Watch the tearful tributes in the clip below and don’t forget to share this heartwarming moment with your friends and family.