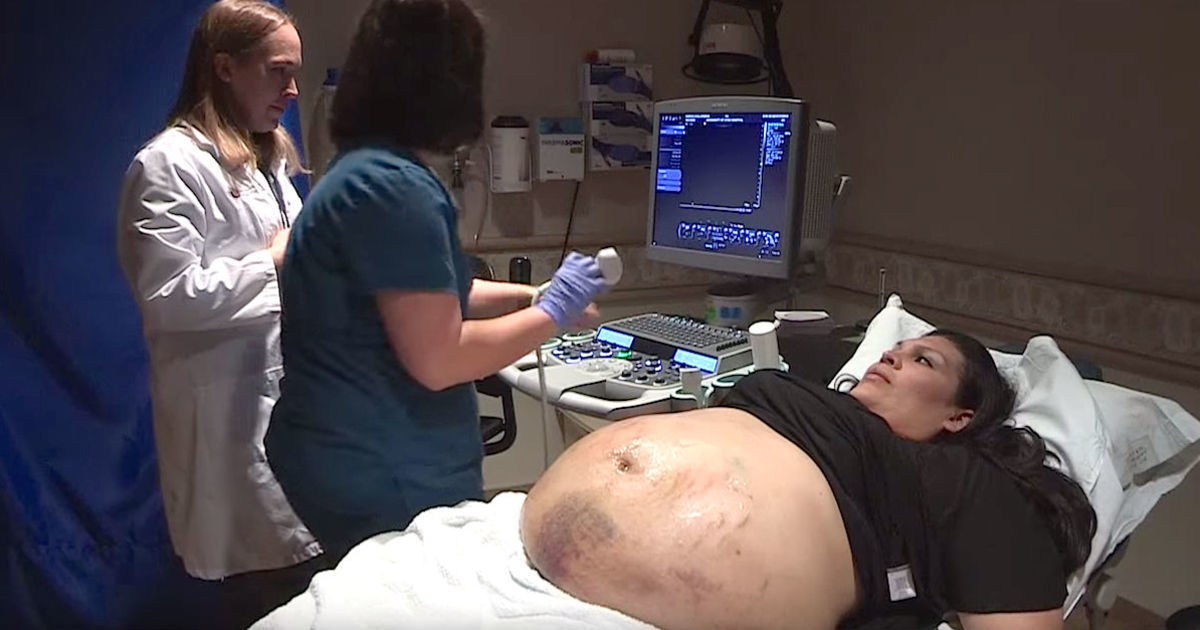 Early in their first pregnancy, Guillermina and her husband, Fernando, received unexpected news.

Guillermina was going to have not one, two, or three babies… She was going to have quintuplets! This was surprising news to say the least, considering that the chances of having a quint birth is approximately one in 47 million.

But the story doesn’t stop there. Several other things make this pregnancy even more incredible: The doctors were shocked to see how calm and cool the mother and father were during the pregnancy. They took on the task with an attitude that very few people in the hospital had seen before. Carrying a child can of course lead to stress, but carrying five increases the chances significantly.

Physician Tracy Manuck says that Guillermina is a very strong person. Although the mom underwent a high-risk pregnancy and suffered from both preeclampsia and high blood pressure, she didn’t complain—not once. Guillermina also developed black and blue bruises on her belly as a result of the babies fighting inside her stomach over space. It looked a bit worrisome, but fortunately, there was no danger.

Doctors were also impressed by her husband, Fernando, who gave his wife unwavering support throughout the pregnancy.

Guillermina, who was 32 at the time, gave birth to quintuplets after 31.5 weeks of pregnancy. This is seven weeks shorter than most births, but three weeks longer than average quint births.

And because the babies got to spend some extra time in the womb, their lungs were more developed than many other quintuplets. This helped the babies be born healthy and feeling good. So nice!

We shouldn’t forget that a dedicated team of eight doctors, an anesthetist, and a dozen nurses worked incredibly hard to ensure that mother and her five little ones survived. There were three girls and two boys: Esmeralda, Fatima, Marissa, Fernando, and Jordan.

Watch the video below to see the miraculous moment when all five children came into the world:

Isn’t life wonderful? Share their story if you’d like to wish this nice family all the best in the future.