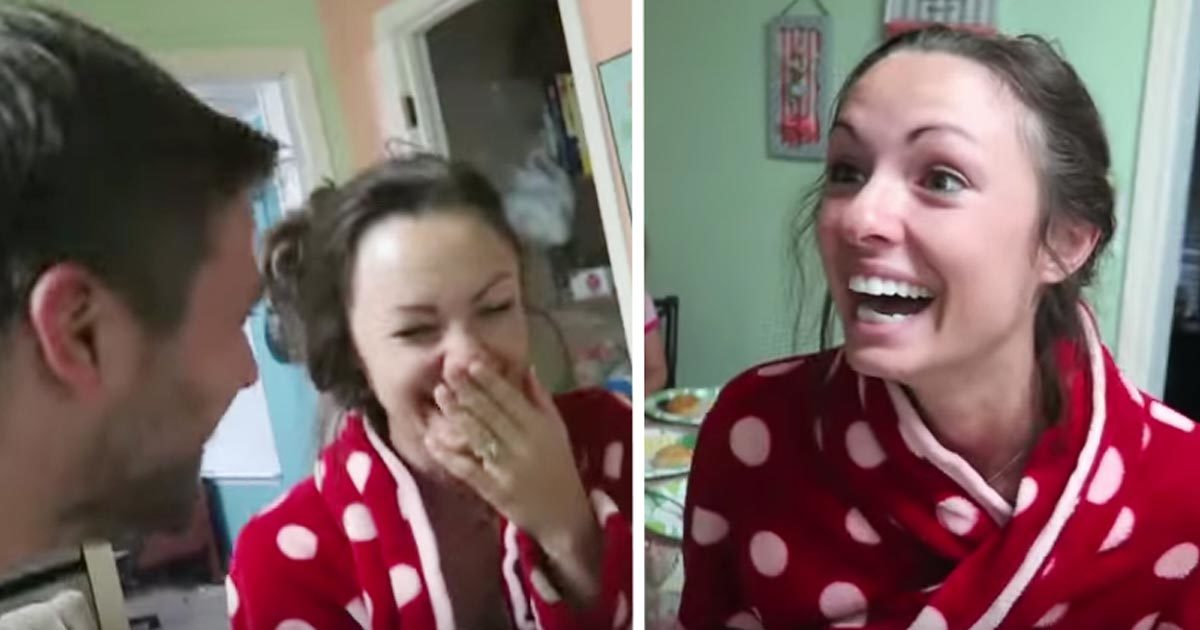 Most of the times the woman is the first to know she’s pregnant. But this time the dad decided to be the first one to find out, without his wife knowing.

Sam and Nia were already blessed with two kids, and they suspected Nia was pregnant with another one because her period was late. But they didn’t know for sure.

Because of this, Sam came up with a cunning plan to find out if Nia was pregnant without her knowing.

He was so happy when he found out the pregnancy test was positive.

Now, all that remained was to tell the happy news to the rest of the family. Sam showed the test to Nia during breakfast, and at first she didn’t get it. Where had he found a positive test? The kids was quite confused as well and told their dad only mothers get pregnant, not dads.

But when Nia realizes what is going on she as well gets very happy.

Sam’s “pregnancy-prank” is now going viral and over 4 millions has viewed the video within 24 hours. So, how did he do it? This is how: