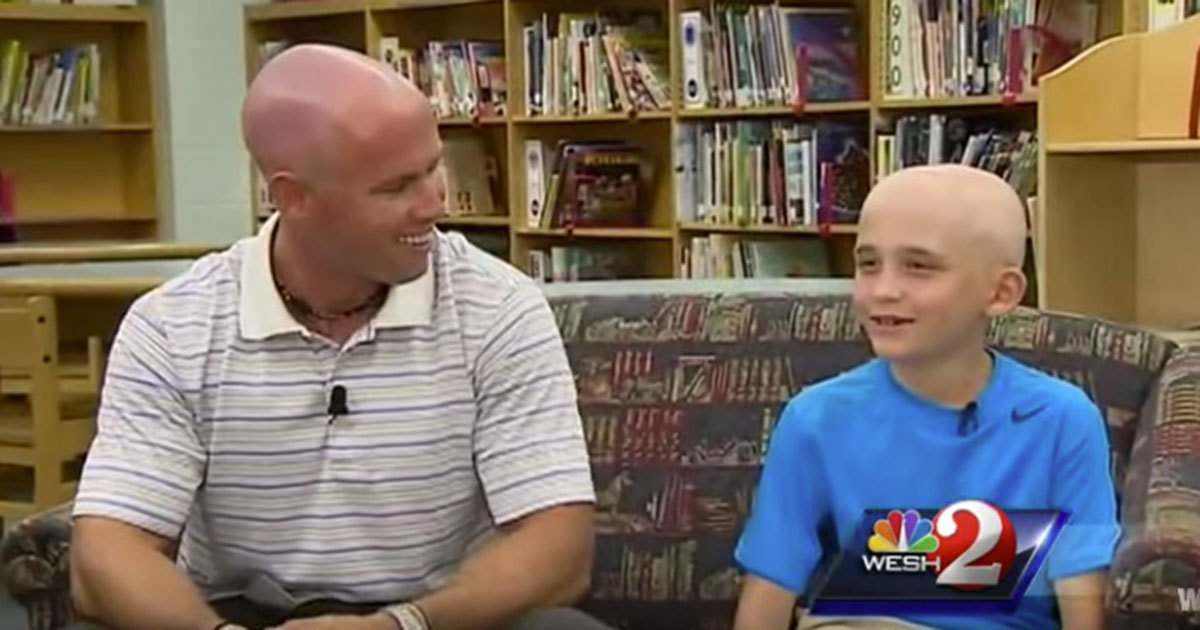 School books can teach us much, but not everything.

Solidarity, compassion and empathy may not be included in school curriculums – but these virtues can still be taught. One elementary school teach, Ehren Stenier, from Lake Whitney, United States, clearly understands just that.

One of Ehren’s students, 8-year-old Dino Shuffield, was a happy and healthy boy who thoroughly enjoyred going to school.

But one day, Dino began to lose his hair. Doctors soon diagnosed the young boy with alopecia areata, a condition in which a person’s hair is lost in patches.

The disease meant that Dino would inevitably become completely bald, a difficult trial for any young man, of course. It was then that his teacher decided to do something that now has thousands singing praise.

Ehren sat Dino down one day, and asked if the boy would consider shaving his head. But as this could be a scary concept for the young boy, Ehren explained that he would shave his own head, too.

The next morning, Dino arrived to school – his head completely shaved. And to his great surprise – so did Ehren.

Teacher Ehren explains that he did not hesitate for a second with his choice to shave his head in solidarity with Dino.

“It stinks sometimes to go through things on your own, and I think if you can have somebody to walk through things with, it makes life more enjoyable,” said Ehren.

And young Dino is the first to agree: “He’s the best teacher ever,” he says.