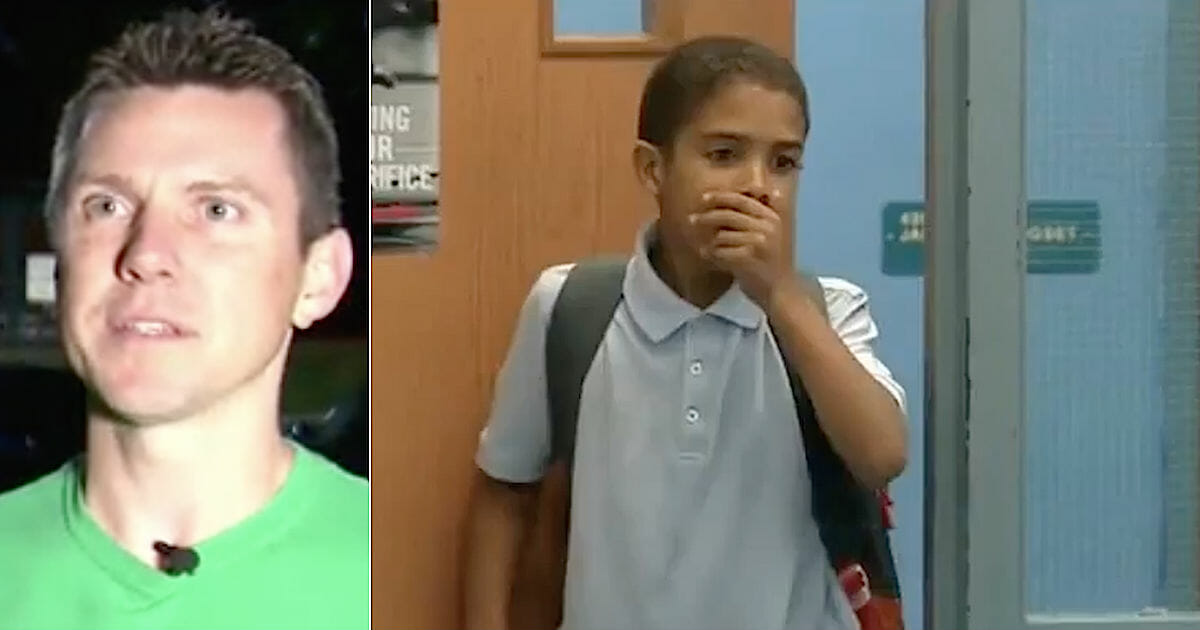 Aside from a time to eat your own body weight in chocolate and sweets, Easter is a period for love and family.

Very few people can boast having exemplified that Easter spirit so well as Brent Walker of Tampa, Florida. Walker, a fifth-grade math teacher at Sheehy Elementary School, decided to surprise his students by giving them an Easter to remember.

Once he put his mind to the task, Walker quickly found himself at the helm of a snowball rapidly gaining speed. Having gone to his local Walmart to see what he could get for the children in his class, things were taken up a notch. Even Walker couldn’t have expected what would happen next …

The simple act of going to buy Easter gifts for his students would be a kind enough gesture in anyone’s book. After all, many of the kids in Walker’s class come from families who can’t afford such things.

And yet, after Walker entered Walmart and spotted an isle packed with Easter baskets full of toys and chocolate, he decided that simply getting eggs for a hunt for his 20 students wasn’t enough. He needed to give more.

Walker took to Facebook to see if any of his friends would be open to sponsoring the kids – not only the 20 students he had in his homeroom class, but the ones all across the three fifth-grade classes he taught (a total of 63).

The results went beyond what he could have possibly expected. Word spread throughout the community about what this kindhearted teacher was trying to do, and it quickly became a project a great deal of people wanted to get behind. Within an hour, Walker had raised almost $700. That rose to $1,200 before too long, and so every kid across his fifth-grade classes was able to get a gift.

When Walker arrived at school early the next morning, he was surprised to see that many of his fellow teachers were looking to get involved. Together, they created a spread of baskets for when his kids got in themselves.

“Because of you, I was able to purchase baskets not just for my homeroom, but for all three 5th Grade classes – 63 students total… Thank you. My heart is full.”

You can see the heartwarming clip below:

What a fantastic teacher Brent Walker is! To not only conceive the gesture in the first place, but then go above and beyond to ensure that he could get the maximum for the children in his classes.

If you, too, were touched by this story, then share to spread a little joy. Help us spread the word about Brent and his great efforts!