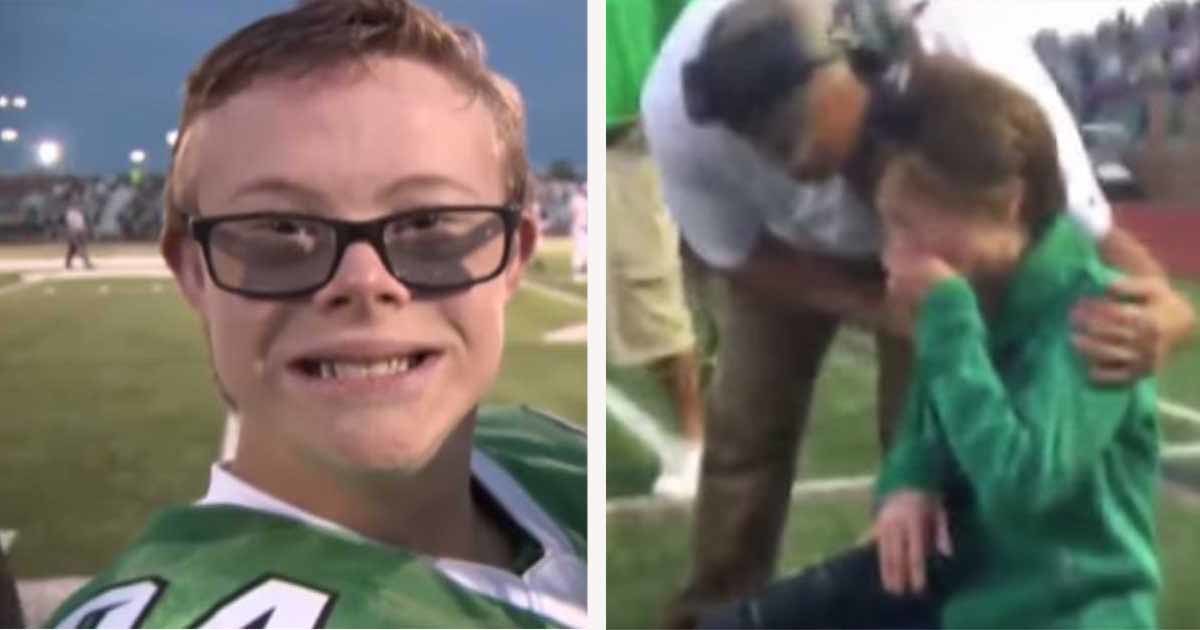 But for one Friday that all changed for the teenager with special needs.

His mom, Debbie, has advanced cancer, and after finding out about it, his teammates decided to surprise her.

As the high school football team took the field, Robby was at the front of the line, proudly waving the wildcat flag – while his mum clicked away on her camera on the sideline.

After they had heard Debbie had been diagnosed with an advanced form of cancer and was undergoing chemotherapy, the players and coaches from Novi High school decided they would give her more than just a picture.

When a timeout was called, Robby – wearing the number 24 shirt – took to the field.

He had always dreamed of scoring a touchdown and did just that – running 20 yards to score.

Debbie sobbed on the touchline – unable to believe what was happening. She even joined in the huddle at the end and praised the amazing impact the team has had on Robby’s life.

Agree what the football team did was just the sweetets? Share this moving story with all your family and friends!