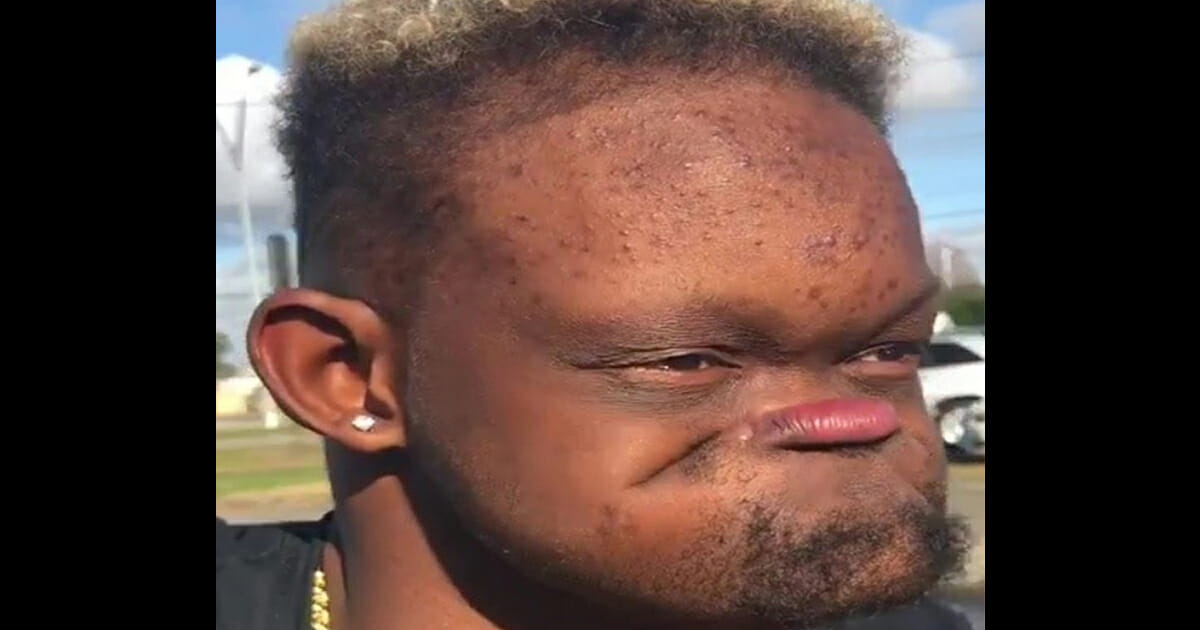 Bullying exists in almost all walks of life, sadly. Despite the vast majority of us knowing it has absolutely no place in modern society, people continue to cast judgement on others because of their perceived differences.

Nowhere is this more in evidence than against people who perhaps appear different to others based on their looks or body type. Insulting others because of their weight, height, facial features or even hair color is an unfortunate practise between most kids at a certain age.

Jovante Carter knows this as well as anyone. The 19-year-old was born with Hypohidrotic Ectodermal Dysplasia (HED), a genetic condition affecting the growth of teeth, hair and sweat glands. It can result in sufferers having distinct features including a prominent forehead, missing teeth, thick lips, and a flattened bridge of their nose.

As such, Jovante was bullied as a child growing up in New Orleans. As he says, the city is “rough to grow up in as it is” and his situation wasn’t helped by the fact he looked so different.

And yet, despite people calling him names and putting him down, he was able to turn his fortunes around and use his condition to work his favor.

Jovante went viral aged just eight, when a photo of him was shared online. By 16, he had realized he could use his looks to earn money.

“My first account was created when I was eight and I had a picture go viral. But when I was 16 one of my friends, who is now my business partner and manager, started to take it seriously,” he said.

“With the help of my business partner I took all the attention I was receiving and capitalised. My life changed completely.”

Fast forward to now and Jovante uses his Instagram and YouTube accounts to make memes and videos that earn him money. His Instagram boasts 2 million followers alone and it’s said the 19-year-old earns between $2,000 and $3,000 a post.

“I went from being bullied to being the cool guy that everyone wants to hang around,” he explained.

“The same people that bullied me, now follow me on social media. They are my biggest fans.”

Nowadays, Jovante still has to put up with mindless trolls mocking his looks, but he knows precisely how to rise above it.

“I’ll respond with positivity by liking one of their photos or the comment to show them I’m not swooping down to their level,” he said.

For Jovante, his account is all about promoting diversity. He wants to prove that just because people are different, they’re worth no less than anyone else.

“I would like to show people that anything is possible,” he said.

“I want people to be inspired by me and hopefully spread self-confidence and self love.”

Way to go, Jovante! We’re proud of the way you’ve turned what some people took as a negative into a definite positive.

Share this article if you’re against bullying in all of its ugly forms.