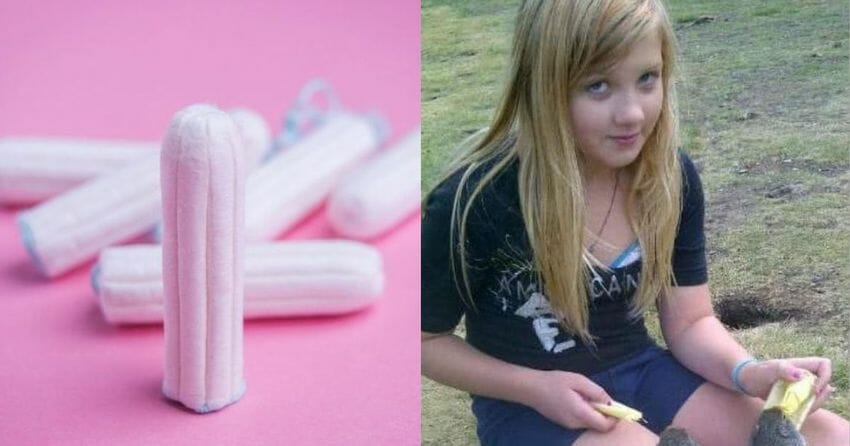 None of us are immune to grief, and everyone who has suffered loss understands that grief changes, but you never wake up one morning and you’ve moved on. It stays with you, and, you know, you ebb and flow.

For Sara Manitoski’s family, it has been a difficult year.

They lost their 16-year-old daughter in March 2017 when she was on an overnight school trip near a Vancouver Island.

But no one could imagine the tragic cause of death that shook about an entire community.

In March 2017, Grade 11 student Sara Manitoski was on an overnight outdoor education trip on Hornby Island, off Vancouver Island.

Sara’s friends thought she was sleeping when they left their cabin without her for breakfast. When they returned, Manitoski was still in bed, even though her alarm was going off.

They noticed that she wouldn’t wake up.

Sara Manitoski could not be revived. She was 16 years old.

According to a coroner’s report, the Canadian teen suffered from toxic shock syndrome (TSS), which is a severe bacterial infection that is caused by leaving in a tampon for too long.

They confirmed a strain of staphylococcus aureus on a tampon, and other symptoms of TSS.

“Certainly we know a person needs to have this particular bacteria to get sick, and then there may be something with tampon use, maybe prolonged tampon use, that puts that risk higher for developing a more widespread infection,” Dee Hoyano, Island Health Medical officer, told CTV Vancouver Island.

Carli Manitoski, Sara’s sister, turned to Facebook to warn people about the dangers of TSS:

”After 9 agonizing months we have finally got confirmation that my little sister passed away from Toxic Shock Syndrome or (TSS). Women need to be more educated on this subject, some of you might not even know what TSS is. They say getting TSS is incredibly rare but I know two people that have had it, with one barely surviving and my sister who died from it. Can it really be that rare? My sister complained of stomach cramps before going to bed and then she never woke up. My beautiful, incredibly healthy sister died because of this so please share, educate yourselves and be cautious whenever using tampons.

”There is such little education on this and it needs to be brought to light. Such an unnecessary and tragic thing to happen to such an amazing young lady. I wouldn’t want this to happen to anyone else and if this post makes even one person aware and go look up and educate themselves on TSS then I am grateful. Thank you for reading and please share ❤”

What you should watch out for

Please remember, super-absorbent tampons that are left in for more than eight hours increase the chance of someone getting the bacterial infection.

According to statistics, one out of every 100,000 people in America will get TSS, but it’s still something to be aware of and concerned about.

Share this story to raise awareness about the dangers of tampons!