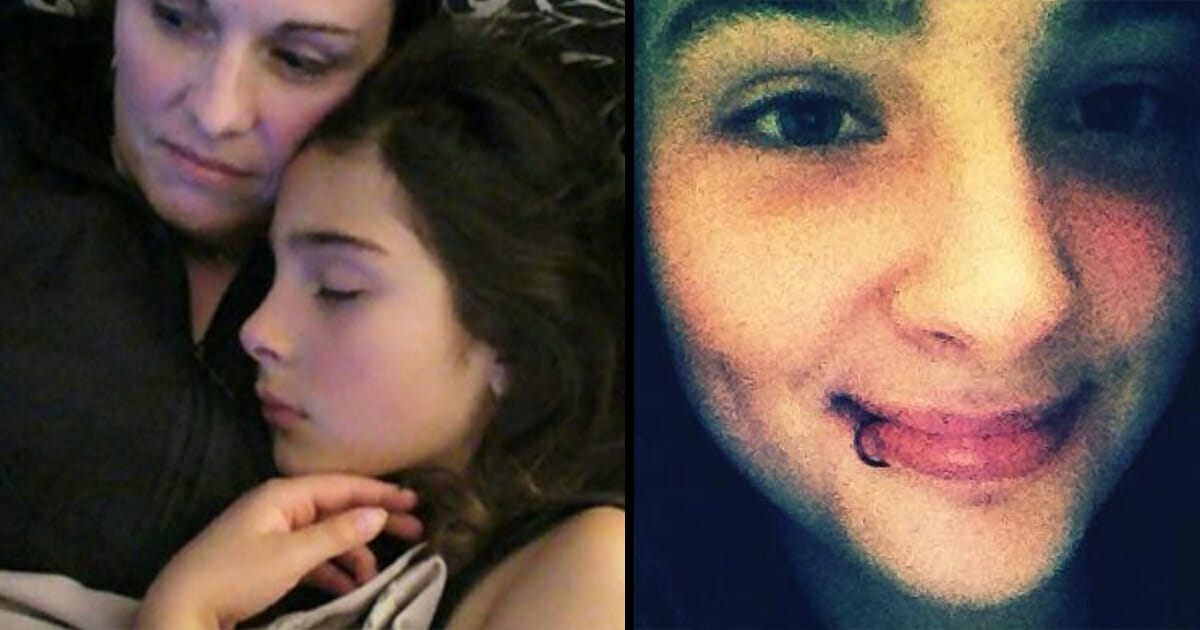 In one way or another, we’ve all been affected by bullying.

As a result, many children, teens, and adults are subjected to bullying on a daily basis. Ask anyone who’s experienced it: it can make life hell.

Young Cassidy Trevan from Melbourne, Australia knew all too well what that was like.

She had been suffering at the hands of bullies for a long time. Her anguish was mostly psychological in the beginning, but it had also turned physical on occasion.

She was mocked with terrible names, attacked at school and verbally abused on the internet. Even her family home was vandalized. Nowhere did she feel safe.

Things deteriorated to the point where she no longer felt comfortable going to school. Despite having spoken to the bullies, nothing improved.

Cassidy took a break from school. After a whole term away, she was ready to give it another try. She started off with two days a week to get used to being back in the environment.

It appeared as though the situation was changing for the better. The girls who had treated her so badly apologised to her; they even wanted to be friends now. They asked if she wanted to go to a festival with them.

For Cassidy, the answer simple: of course she did. She had been excluded for so long that even though the girls had a history of treating her badly, her longing to have friends won through.

What Cassidy didn’t know was that the girls reportedly had a plan more sickeningly outrageous than anyone could imagine.

The girls took Cassidy to a nearby house, where it’s alleged three older boys took turns raping her.

Cassidy was 13-years-old at the time.

Traumatized, the young teen reported the incident to the police. Unfortunately, the case was dropped due to a lack of evidence. The police wanted a witness statement to follow up on the attack, but Cassidy was in such a bad way she simply couldn’t do it.

Speaking to 9 News, Caddidy’s mom, Linda, said: “Cass was scared to make a formal statement for fear of retaliation from the gang, and she also was worried reliving it would ‘push her over the edge.'”

Linda transferred her daughter to a new school, moving them away from the area, but the bullies still found ways to get at her. The main bully attacked her in shops and even called Linda herself asking to talk to her daughter.

Linda did everything she could, but she was helpless as she watched Cassidy deteriorate.

After her daughter’s death, Linda found a letter that Cassidy had written. It’s one everyone should read; one to all those who bully or have been bullied themselves.

Here’s what she wrote:

“I was a student at (omitted) and I was raped by some of the students who still attend that school. I know this already probably sounds like attention-seeking but it’s honestly far from it. I have many reasons for doing this which I’ll also explain.

My aim is to warn other people (students mostly but also parents) about what happened because I’m worried if they could do it to me they could do it to other kids like me, or at least try to. You actually have the power to stop this from happening. Remember the people who did this to me were school students at (omitted), it’s hard to believe, I know. But it’s true.

I’m doing this because over 1500 students years 7-12 are currently enrolled at the school and they need to be warned. I feel because of what happened to me, and because the staff at the school did nothing to help me (which I’ll talk a bit more about later). It’s now my duty to warn you all and to make you aware of what happened. (Not just what you may have heard around school but what actually happened.)

But I’m also doing this for myself. I want to finally after 1 and ½ years be left alone. It’s surprising just how many students at (omitted) have heard stories of me and weirdly enough still get told stories of me to this day. I still continue to get students I’ve never met contacting me Facebook calling me a slut. I’ve moved schools, I’ve moved house and still I’m being contacted and bullied. I can’t stop people from spreading rumours, but at least I could try and spread what really happened seeing as it’s still being talked about anyway. But as I said this honestly is more so for students who are unaware of this and are in danger of those students.

My name is Cassidy Trevan, and I was raped.

If anyone every tries this on you trust me it’s worth fighting! Fight! If you don’t you’ll regret it for the rest of your life like I do. You can do it. Be careful. Be warned. Be safe.”

The letter was published by Australian Channel 9, as per The Independent.

Nobody should ever be made to feel so bad that the only option is to take their own life. We have to work together. Students, parents, teachers. We have to bring this to an end.

Linda’s grief will never go away and her daughter will never come back, but by sharing this article we can raise awareness that could have untold impact.

Linda stayed silent for a long time, but after finding her daughter’s letter she knew she had to talk about all the terrible things that had happened in order to warn others. You can read her post here:

Cassidy’s story has moved thousands, and I hope that it will continue to get through to many more.

Share this story to help fulfil Cassidy’s last wish by spreading the word about bullying!