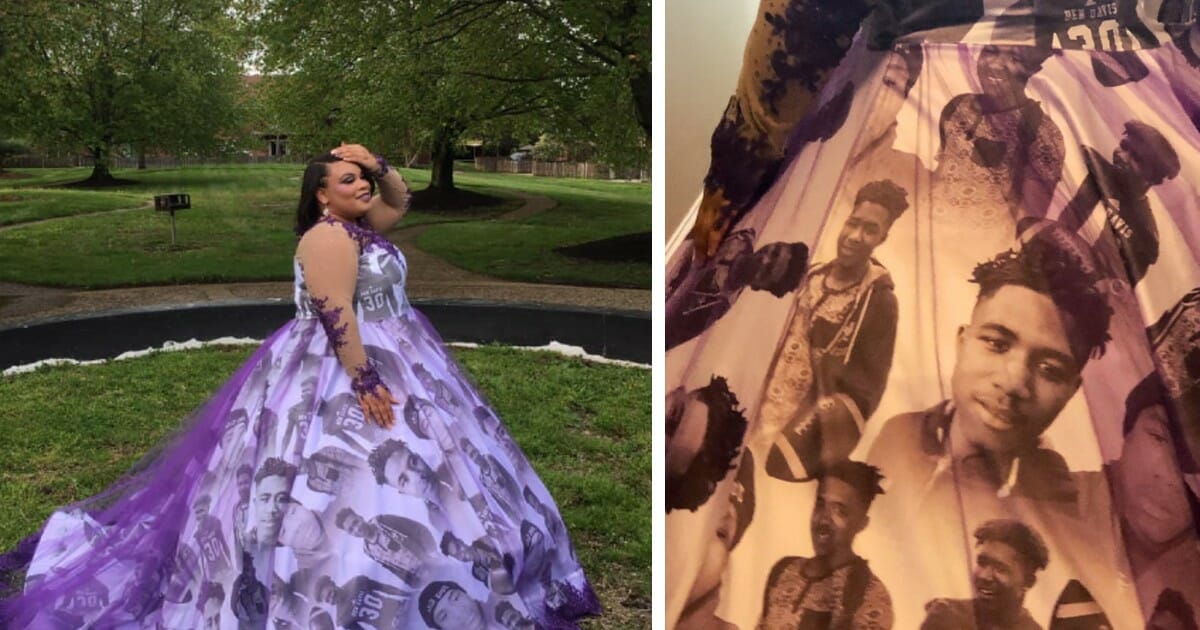 Prom is supposed to be a happy time for high school students. It’s a time when teens get dressed up for a night and enjoy an evening out with their best friends.

When his time came to attend prom, 16-year-old Antonio Frierson Jr. dreamed of taking his sister, Antonett. But in 2017 Antonio’s life was tragically cut short when he was shot in the head by a friend, who was reportedly playing with a gun. His friend, Micah Sanders, later plead guilty and was sentenced to four years in the Department of Correction.

This year, it was Antonett’s turn to attend prom, and she wasn’t going to go without her brother.

“I took my memories and imagination and created something I can vision,” she told FOX 61.

Since Antonett and her brother were unable to physically attend prom together, Antonett went with the next best thing—a prom dress with photos of the teen all over it.

More than 2 years ago 16-year-old Antonio Frierson was shot & killed. One of his biggest dreams was to go to prom.

Tonight I’ll tell you how Antonio’s sister will be taking of piece of him with her to the senior prom. pic.twitter.com/J43NH5nKaY

In order to make the dress, Antonett enlisted the help of dress designer, Mariah Jackson.

Jackson was eager to help because she had recently experienced something similar.

“Recently I had lost a friend through gun violence and it was very, very intense. It was a similar story only her son was even younger, so it really hit home,” she said.

When Antonett and her family saw the dress for the first time in person, they were overwhelmed.

“Now that the dress is made, it’s even more beautiful than we thought it would be,” Angelyca Dossa, Antonett and Antonio’s mother, said.

The purple dress covered in Antonio’s face is one of a kind and one that Antonett will certainly treasure forever.