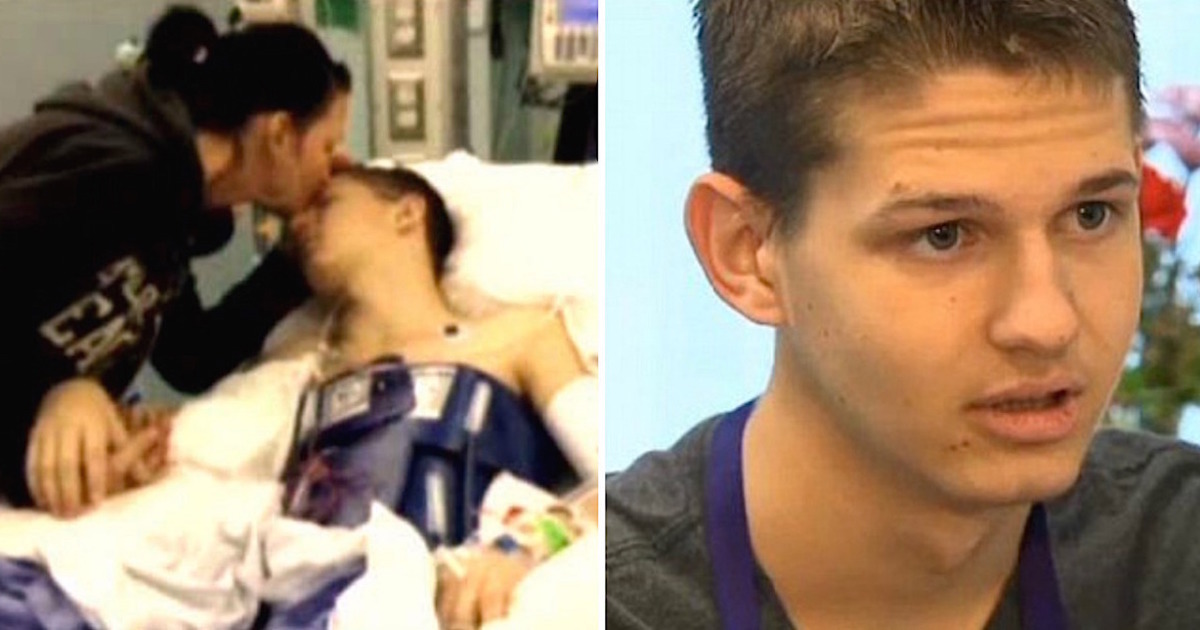 Miracles allow me to realize that there are forces beyond anything we can know. Examples of this are the twins who were born conjoined, but 10 years after being separated are still perfectly healthy. And then there are the identical miracle triplets who survived against all odds…

What you call this supernatural power is completely up to you. But I always say that there are guardian angels watching over us—like the time when 17-year-old Zack suddenly woke up after being declared dead for 20 minutes.

Seventeen-year-old Zack played football on his high school team. He was an active, energetic teenager with no health problems.

His teammates described him as a popular guy with a twinkle in the eye. So, everyone was shocked when one day during physical education class, Zack collapsed—and had to be rushed to the emergency room.

Once Zack arrived at the hospital, doctors discovered that he had suffered a sudden cardiac arrest.

“When they opened the ambulance door, he was blue, and they were on top of him doing chest compressions,” says Zack’s mother Teresa.

Inside the emergency room, Zack remained lifeless. Technically and medically, he was declared dead. But then something happened that even the doctors could not explain. It was a miracle—20 minutes after he was declared dead, Zack showed signs of life and his heart started beating again.

After being hooked up to a ventricular assistance device to help his weak heart pump blood, Zack woke up a few days later. And it was then that his story took an even more remarkable turn.

Zack had spent the whole time he was “dead” in darkness. Well, except for one thing.

“I saw a man that had longish kind of ruffled hair and a kind of thick beard. And it didn’t take me long to realize that was Jesus. He put his hand on my shoulder and told me that everything would be alright and not to worry,” the teenager told CBS News.

Zack’s words shocked his family. But they didn’t react like others, who questioned his story. Zack’s dad, Billy, and mom, Teresa, were struck by what their son said and believed him. It was a miracle that their son survived—and today, he has fully recovered.

“For him to wake up and tell us something that he experienced like that. You can’t explain it. It’s not humanly possible to explain it,” said Zack’s father, Billy.

How wonderful to see that everything went well for Zack! I can’t even imagine how it must have felt for his parents to experience those long minutes when their beloved son was lifeless. But he really had a guardian angel. To have his heart start beating again is nothing short of a miracle.

Please share this incredible event if you also believe that Zack had a guardian angel!