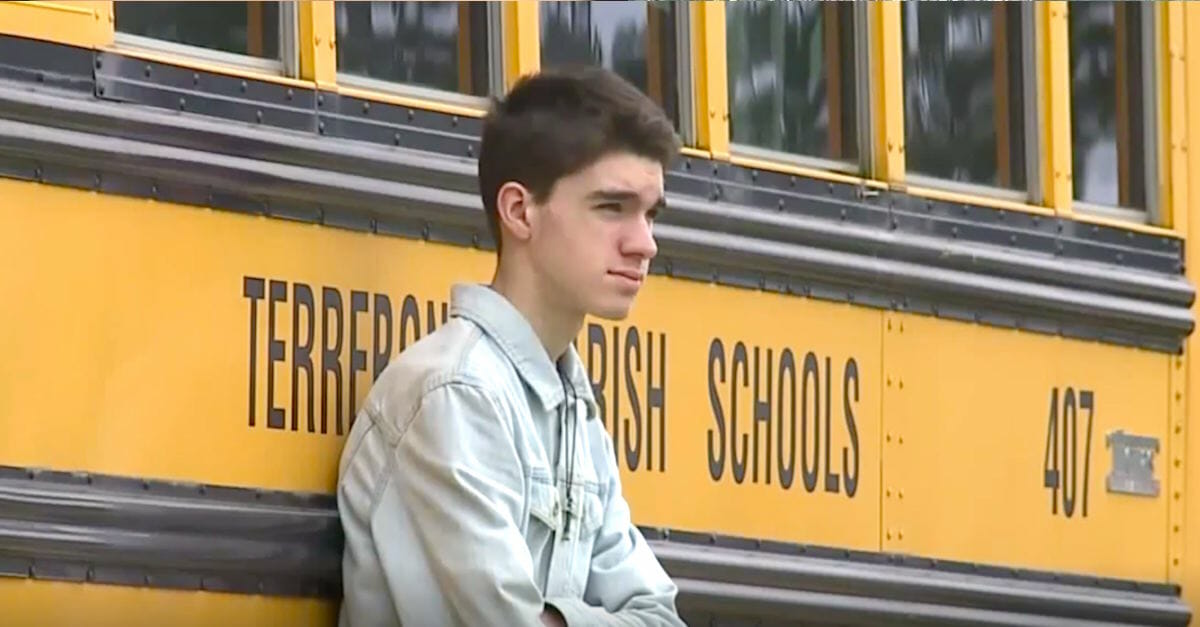 If you survived the jungle that is high school, you’ll know it takes a lot of guts to ask someone to a dance. Especially so if you’re not a popular guy or girl and you’ve never done it before.

Dakota Nelton is a high-school sophomore from Gray, Louisiana, who mustered up the courage to ask his friend to their school’s homecoming dance. He’d never asked a girl out before, so the occasion not only marked a big moment for him, but also required a great deal of mettle.

As it was, she said no. Fine, right? She’s allowed to. What isn’t fine is that it happened in front of their classmates, who all proceeded to laugh and mock Dakota for the rejection. To make matters worse, they stepped all over the handmade poster he had used to pop the question …

Dakota walked away from the students, very much wishing that a hole would open up in the ground and swallow him up. He left to a chorus of laughs and jeers; a nightmare scenario for any youngster.

“It was actually a pretty tough moment standing in a small circle with that one shake of the head and you just got to find your way out of that circle,” he told WGNO New Orleans.

Then, just when he thought things couldn’t go south any further, it turned out the whole thing had been recorded on camera. Someone uploaded the footage to Facebook and it ended up accumulating hundreds of views. People from across the US were able to watch Dakota being ridiculed for simply trying to attain a date.

A few days later, Dakota turned up at the school not knowing that he was about to be a part of a truly memorable scene.

He was walking through the hallway when he was stopped by a group of no less than 13 girls, each one of them holding up a sign.

It transpired the girls had banded together to show Dakota he was worthy; that he was loved and had no reason to doubt himself. They wanted to propose him to go with them!

A smiling Dakota said: “I felt like one of the popular kids in school, which I’m really not.”

Watch the amazing video below:

What an incredible gesture by these amazing girls. Dakota, we want to tell you that what you did takes a lot of courage; you shouldn’t let others laughing at you get you down!

Help us shed some positive light on Dakota and the girls who stepped in to help, by sharing this article on Facebook!