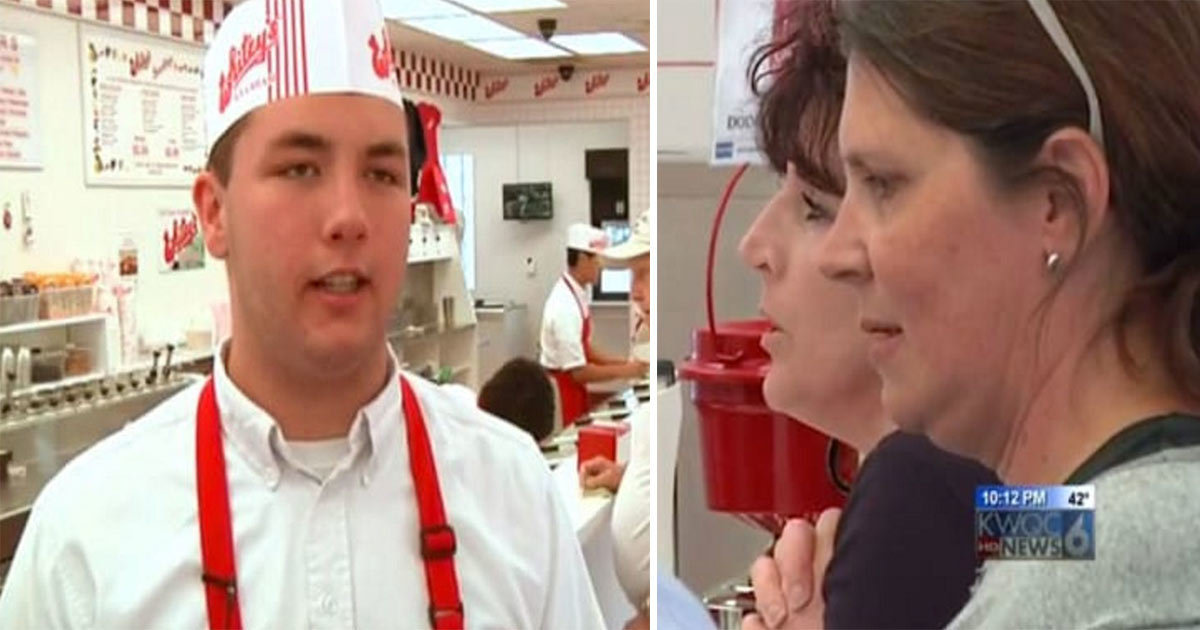 On a recent shift at an Illinois ice cream shop, a 16-year-old server gave an upset customer a free shake.

And a week later, the woman returned and asked to speak to a manager.

But what she had to say was far from what anyone, and especially Brenden, could have imagined.

And just three weeks later, a woman pulled up to the drive-thru in tears. She could hardly speak, but Brenden eventually realized that she wanted an ice cream shake.

Seeing how much pain she was going through, Brenden gave her the shake—but he wouldn’t take her money. The woman drove away and Brenden forgot the incident in the days that followed.

Then a week later, the woman returned. She wanted to speak to a manager, who assumed she wanted to make a complaint. But none of the shop’s employees could have imagined what would happen next.

The woman said that she was in great sorrow because her husband had died only weeks earlier. And she was so taken by Brenden’s kind gesture that she wanted him to get some sort of recognition.

The shop doesn’t have an “employee of the month” program or anything like that, but the manager put up a small “Way to go, Brenden” sign in the back room, which brought both the woman and Brenden much joy.

“It definitely is better to be kind and polite… We automatically have to be polite to people, but it’s always nice to go that extra mile,” Brenden told KWQC News.

Brenden’s act of kindness is something that I think many of us could do more often. Imagine how much of an impact even a small gesture can have on a person in need! Please share this heartwarming story with your friends on Facebook!