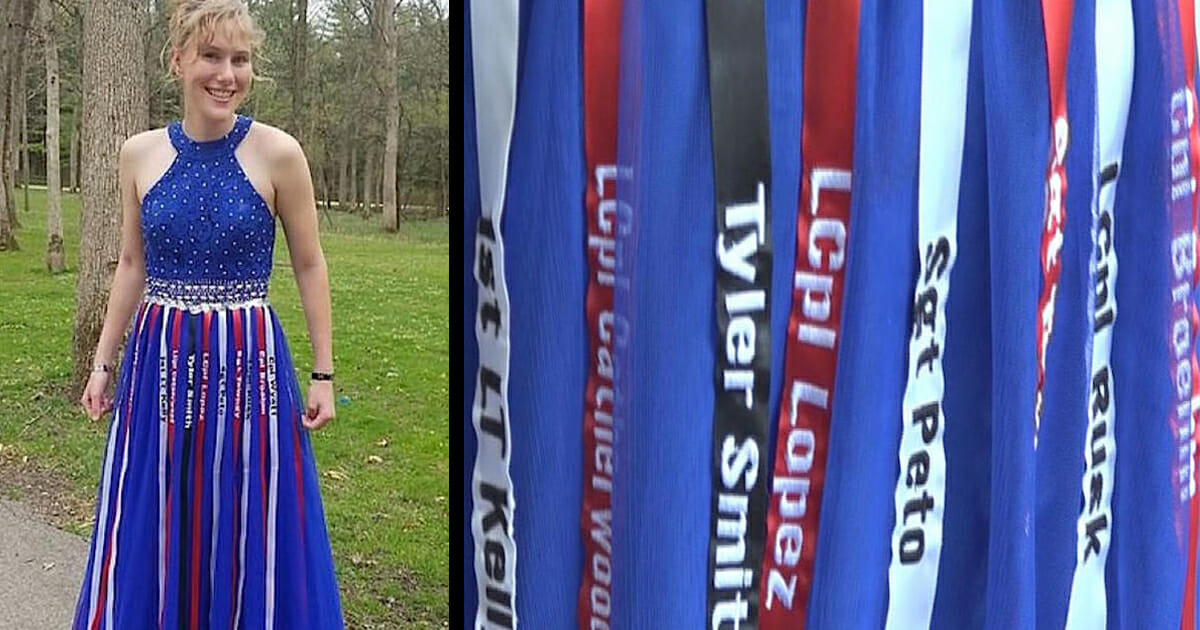 Honoring our fallen soldiers is something that, sadly, far too few of us do. Sure, many of us respect the flag, and we’ll never say a bad word about serving men and women, but it’s all too easy for those who have died in action to become a sorry afterthought.

Not so for Aubrey Headon, who attends Rochelle Township High School in Rochelle, Illinois. Aubrey had the good fortune to meet Gretchen Catherwood one day, the Gold Star mother of a fallen Marine in the 3rd Battalion, 5th Marine Regiment. In the wake of her son’s death, Gretchen established Darkhorse Lodge, a foundation created to help combat veterans.

Aubrey was so inspired by Gretchen’s work that she, too, decided to do something to pay respect to those who literally gave their lives in Afghanistan in defence of freedom and liberty.

Speaking to Yahoo Lifestyle, she said: “I don’t want them to fade into nothing.”

With that goal in mind, Aubrey set out to devise a plan. After some deliberation, she decided there was no better place to start than at her senior prom … even if it was a lengthy two years away!

And so Aubrey spent a great deal of time and creativity working on a prom dress that was as beautiful as it was distinctly unique. You see, Aubrey crafted a navy blue gown that bore resemblance to the American flag, complete with red and white ribbons and a starry blue halter top.

That’s not all, though. Aubrey’s dress went viral for the truly wonderful attention to detail it boasted. On each of the red and white ribbons was the name of a member of the 3rd Battalion.

What’s more, one of the ribbons – the only one to be black – has the name “Tyler Smith”, a former student of Aubrey’s high school who served in the Illinois Army National Guard and reportedly drowned to death.

Just one look at Aubrey’s prom dress will leave you in awe. Watch the video below for more on her story.

If only every citizen was as thoughtful and respectful as Aubrey!