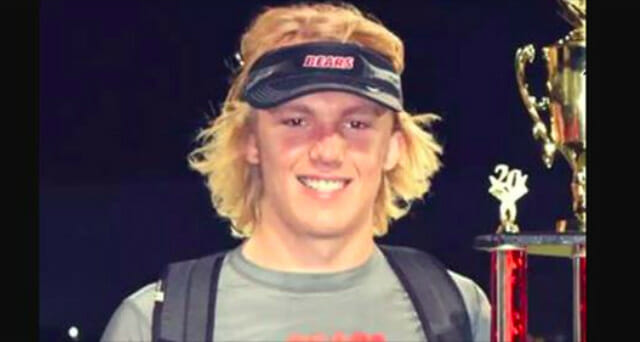 Our teenage years may be full of angst — but they’re also loads of fun. As we enjoy those final years of not fully taking on ‘adult’ responsibilities, we discover new activities, interests and friendships. We are at one of most curious phases during this time and are keen on constantly experimenting.

While such experimentation is a natural phase and one that can be perfectly ok, it can also have tragic, irreversible — and even fatal consequences. This was exactly what happened for one young man and his friend — and both young lives ended all too soon as a result.

19-year-old Gunner Bundrick was your average teenager with the common interests and lifestyle of a perfectly ordinary teen. He enjoyed playing video games, hanging out with his friends and playing sports.

One day, Gunner invited his friend Jake Morales over for what should have been a regular boy’s night in accompanied by the usual suspects: video games and pizza. But unfortunately things would take a shocking spin:  the next morning, Gunner’s mother discovered both teens lifeless on the floor.

It would seem that the boys’ natural curiosity had gotten the better of them that night. They had somehow acquired a popular prescription pill that happened to be laced with a potentially deadly substance.

The boys found themselves in a fatal situation, despite being absolutely ordinary teens with no history of drug use.

“I feel it’s important to tell Gunner’s story for 3 reasons: #1- Gunner was an amazing kid who deserved the life he won’t get the chance to live so I owe him his story to be told. #2- I want to clear up any misconceptions and give the facts. #3- Gunner’s story could very well save your child’s life so please, share his story,” she wrote, as she thanked everyone for their love and support following Gunner’s untimely death.

Gunner and Jake had managed to get their hands on the prescription drug percocet, a popular and highly addictive painkiller that is widely available. Unfortunately, the pills Gunner and Jake got turned out to be laced with large amounts of fentanyl, a synthetic opioid often added to drugs to increase their potency.

“Gunner has no history of drug use, has never been a “problem child”, was a star athlete, wonderful son and brother and was extremely loved in his community,” his aunt added. “We don’t know why he decided to take “a pill” that night. The only thing we can assume is that the curiosity of knowing what the “high” is like came into play? Again, we can only assume.”

If a story like this could have a silver lining, it would be the fact that Gunner and Jake did not suffer when they died.

A dose of fentanyl the size of two grains of table salt can take down a grown adult. The pills Gunner and Jake took were made up of up to 50% of fentanyl, so, according to detectives, this would have killed them almost immediately.

Gunner’s family is now keen on spreading awareness about their tragedy in the hope that it doesn’t befall a single person more. They want to share an extremely important lesson to teens everywhere. In the words of Gunner’s aunt Brandi:

“THERE CAN BE NO EXPERIMENTING. None. It’s truly a matter of life or death. You can’t see fentanyl. You can’t smell fentanyl. Tell your kids Gunner’s story. Show them his picture. I can’t describe the amount of pain my brother, sister-in-law and Gunner’s sisters are going through- a pain that will NEVER end. A hole that will NEVER be filled. A life that will never be brought back. A beautiful life. Gone forever.”

What a tragedy! I think we should all share this story to spread awareness and warn all teens about the dangers of experimenting with drugs — even once. With the fact that almost anything can be purchased online nowadays from people making such pills at home, this is more important than ever.

One time is all it takes to ruin a life forever.