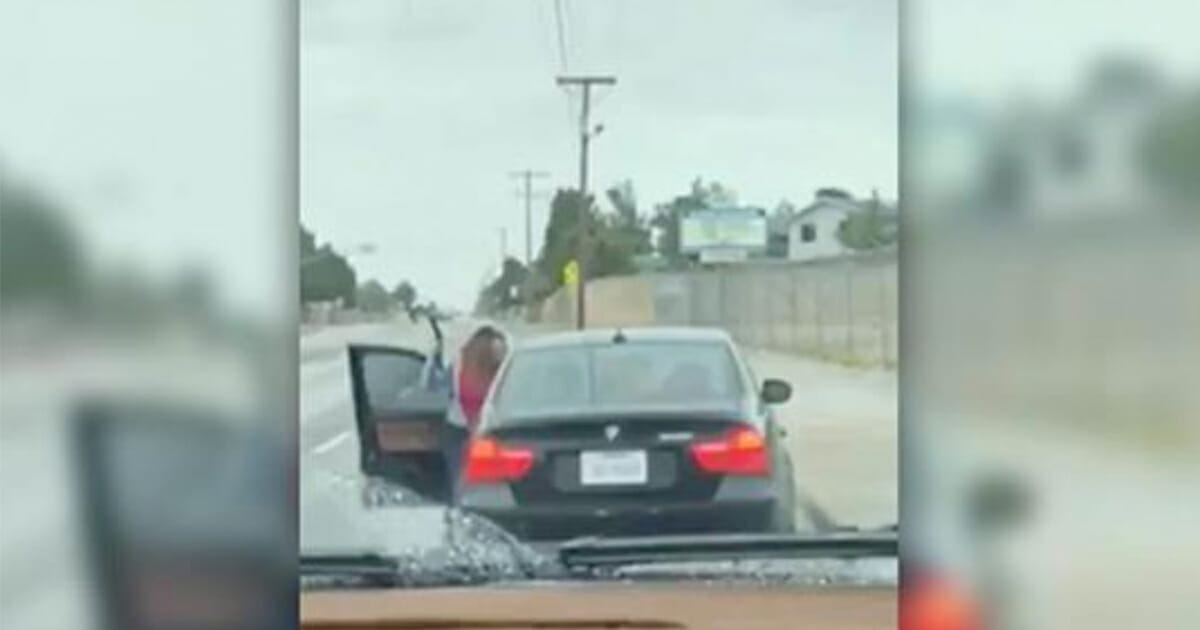 A Texas woman has become the center of a storm of controversy, after being filmed whooping her son with a belt at the side of a road because he stole her BMW.

The woman’s daughter, Liza Campero, caught the incident on camera, whilst relaying the story on Twitter for the world to see.

Apparently, Campero’s brother, Aaron Martinez, was on a break from school when he disconnected the home Wi-Fi so his mother wouldn’t see through the surveillance cameras that he’d left with her new BMW. The 14-year-old then picked up friends and went cruising around El Paso, Texas.

My 13 year old brother disconnected the WiFi so my mom wouldn’t be able to see her cameras and took her brand new bmw to his gf’s house ??‍♀️ I shouldn’t be laughing but damn ???

The mom had no idea about her son’s actions, until she got a call from the mother of one of Aaron’s friends. She was then told that Aaron had driven to his friend’s house to pick him up.

Campero’s tweets tell how her mother then called her to check if the car was in the driveway. When Campero confirmed it wasn’t, her mom left work, picked up Campero and told her to bring a belt while they searched for Aaron.

She made me bring a belt to whoop his ass pic.twitter.com/kQSL8EViRL

Aaron refused to answer phone calls from his girlfriend and family, but Campero’s mom was able to get in touch with the mother of another of his friends.

Eventually, his mom spotted her BMW and intercepted the vehicle, sounding her horn, pulling alongside Aaron and screaming “Pull over now!”

Campero recorded her mother and Aaron pulling over to the side of the road. Her mom can be heard asking for the belt before she leaves her car, before pulling open the door of the BMW and laying into her son with it.

Aaron’s friend, who was in the passenger’s seat, told Campero he was trying to get out of the car because he was in a state of shock.

As per KSAT, Aaron had no idea that he’d gone viral due to his sister’s videos. His mom had confiscated his phone, PlayStation 4 and all other electronic devices as punishment for his unruly behavior.

Whilst many parents in the Texas and New Mexico area understand the mom’s reaction, there are others accusing her of child abuse for her use of the belt. Aaron, meanwhile, has garnered almost legendary status at school, with classmates labelling him the modern-day Ferris Bueller.

What do you think about the mom’s reaction? Let us know your thoughts in the comments box below.

Share this article if you have a strong opinion on the punishment vs no punishment debate when it comes to children.