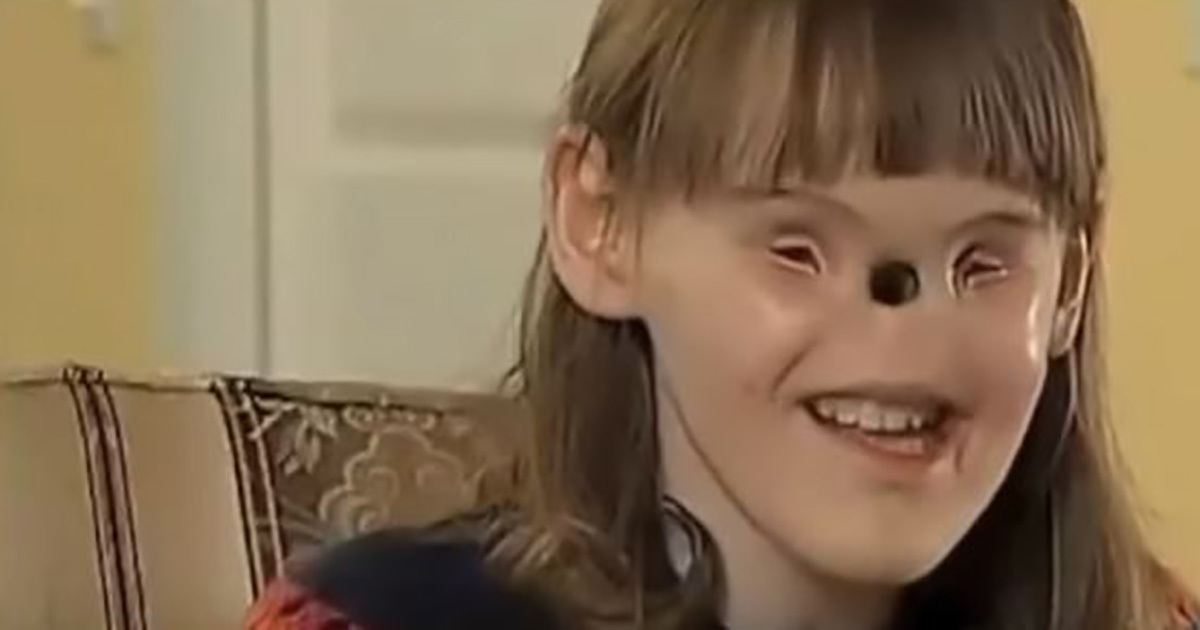 Cassidy Hooper was born in 1996 in Charlotte, North Carolina. But doctors found themselves helpless before her unusual condition. Cassidy, who was otherwise completely healthy and well, was missing her nose and eyes. The doctors could not explain why – all they could say is they’d never seen anything like it.

Cassidy attended a special school as she was blind. As is the case for too many other children with special needs, she was forced to endure bullying by her peers. But Cassidy refused to allow herself to be held back by bullies and haters. According to her loved ones, she is known instead for having an unusually positive outlook on life. “I don’t really need it easy, I just need it possible,” she says, to describe her outlook on life.

I am not sure I have ever seen such determination and courage in such a young girl before. Cassidy is truly an inspiration to us all!

When Cassidy was 11, she decided that she wanted a nose. Her parents allowed her to take the decision, even though the operation was both complicated and expensive. The doctors announced began to work on creating a nose for Cassidy.

When she became a teenager, she underwent three operations for her new nose – surgeons used skin from her forehead and legs to construct the nose.

She also got new eyes in the form of prostheses. Additional operations allowed her eye sockets to come closer together.

I think Cassidy can inspire all of us with his positive outlook on life, please share so that more people can take part of her story!